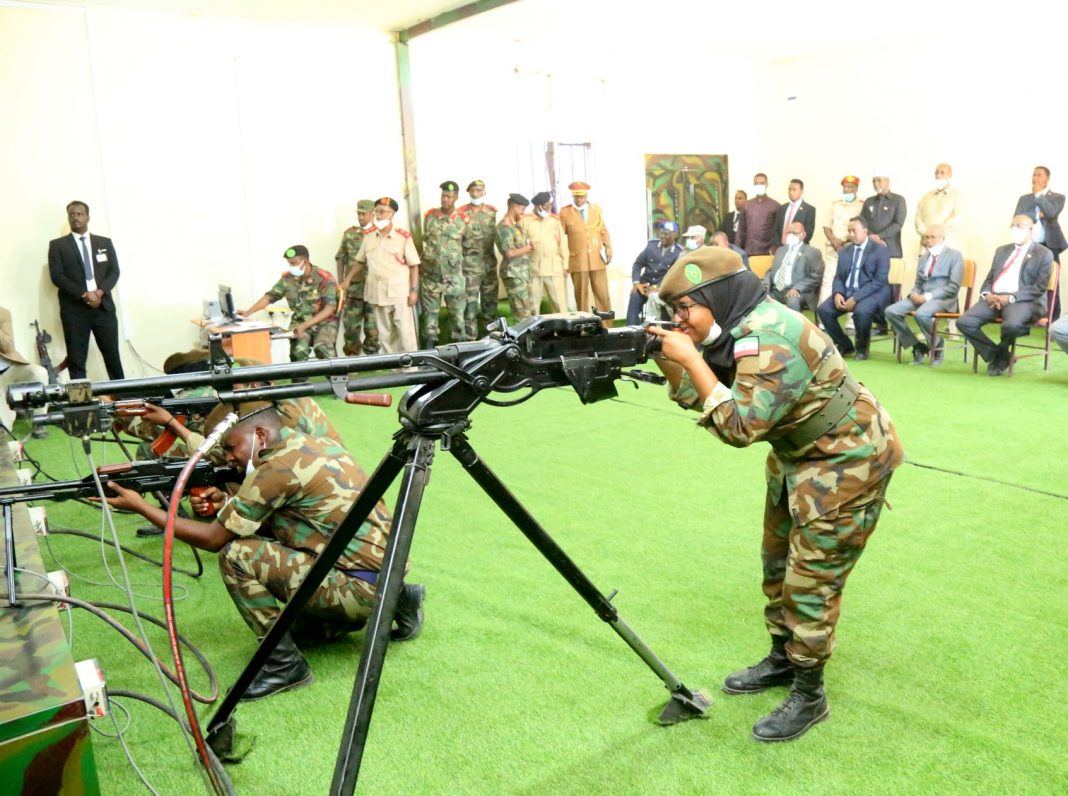 The very first batch of officers trained in the country graduated Saturday from the Abdullahi Askar Academy.

His Excellency the President of the Republic of Somaliland, Musa Bihi Abdi, attended.

“Somaliland security and army were first started in Somaliland in the year 1953 under the colonial rule in another form. It is my pleasure,” he said, “that I particpate the graduiation of the first officers trained inside trhe country since then”.

The President also expressed how happy he was to see ten female officers, scoring some of the highest honours among their fellow officers at this batch.

“A responsibility that was not wholly yours yesterday or yesteryear is now heavily resting on your shoulders. You are sentinel-officers who are expected not only to be vigilant against enemies but, also, to lead your units by example,” President Bihi told the young officers.

President Bihi said was doubly gratified because one of his sons was among the new graduates.

“I am proud that I am among the parents who have a graduate among the graduating officers,” President Bihi revealed.

President Bihi conferred officer ranks ranging from 1st Lieutenant to major to the graduates in accordance with their academic  and/or backgrounds. A femal officer who ahd earned two masterate degrees before joining the academy as a coastguard officers hit the highest rank as major.

The generals of all securty branches attended the event.

The Honourable Speaker of the Somaliland House of Representatives, Bashe Mohamed Farah, government ministers including Defense, Abdiqani Atteye, MPs, and the hero pilot who refused to bambard Somaliladn cities and civilians in 1988, Colonel Ahmed Mohamed Hassan, were among the participants.