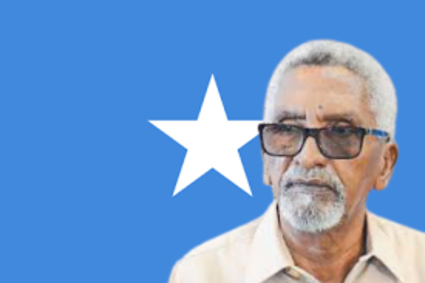 The House Speaker of the Somalia Senate House of the Federal Parliament – the highest in the country after the President, Abdi Hashi Abdullahi, claimed that the selection of MPs for northern regions (Somaliland) should be left to him and the committee members he appoints for the process.

Asserting his claim to a right to lead the electoral process planned for Somalia in 2020/21 as regards to the appointment/selection of Somaliland-born MPs to the two houses of the Somalia bicameral parliament, Mr Hashi claimed that the government had no right to appoint committee members involved in the ‘polling’ process for – what he called – the northern regions as it was not picking members for federal member states loyal to the federal system.

“It is noteworthy that politicians representing the northern regions of Somaliland were not present at the venue were the electoral deal and the processes implementing the 2020/21 elections were reached,” he said in a fiery letter he addressed to the Federal President, Mohamed Abdullahi Farmajo on Sunday.

“On the same token,” he went on to say, “participation of politicians representing the northern regions was neither respected nor considered at the National Consultation Forum despite them ardently standing for the unity of the nation at the federal level,” he said.

Mr Hashi, true to form, kept repeating that he and the other Somaliland-born politicians he alluded to represented what he called the ‘northern regions’ denying – even at this late stage – the statehood of the Republic of Somaliland.

Mr Hashi argued that the selection protocol followed by federal Somalia in 2016 where MPs were picked behind closed doors under the auspices of UNSOM must be followed again.

“Lastly”, he said, “the mantle to nominate members of the varied election-related committees to ‘elect’ MPs for the northern regions of Somaliland falls on us (meaning himself)”.

Consequently, he told the President, that he will pick the 8 members of the 11-member supervising the indirect ‘elections’ of MPs for the ‘northern regions of Somaliland’ and that the government should only appoint the 3 members representing it in the committee.

Likewise, he went on to state, that he will be picking the 2 members representing the said regions in the implementation committee of the electoral process at the federal level and 2 more with the election-related conflict resolution committee.

Mr Hashi is the highest-ranking official at the federal level of a number of Somaliland-born mercenaries and economic merchants in the federal system of Somalia who chose to ignore his home country’s restoration of sovereignty in 1991 and its de facto independence from everything Somalia since then.

The Deputy Prime Minister is the next highest-ranking turncoat in the Somalia federal system.

In attempts to prove that they truly stood for Greater Somalia unity in order to hide their treachery to the all-Somaliland agreement of 1991 in Burao to disengage the country from the ill-fated 1960 union, Somaliland-born politicians in Mogadishu fought tooth and nail to dwarf Somaliland development and to deny their home country’s right to the reclamation of an internationally recognized statehood it lost to the union. 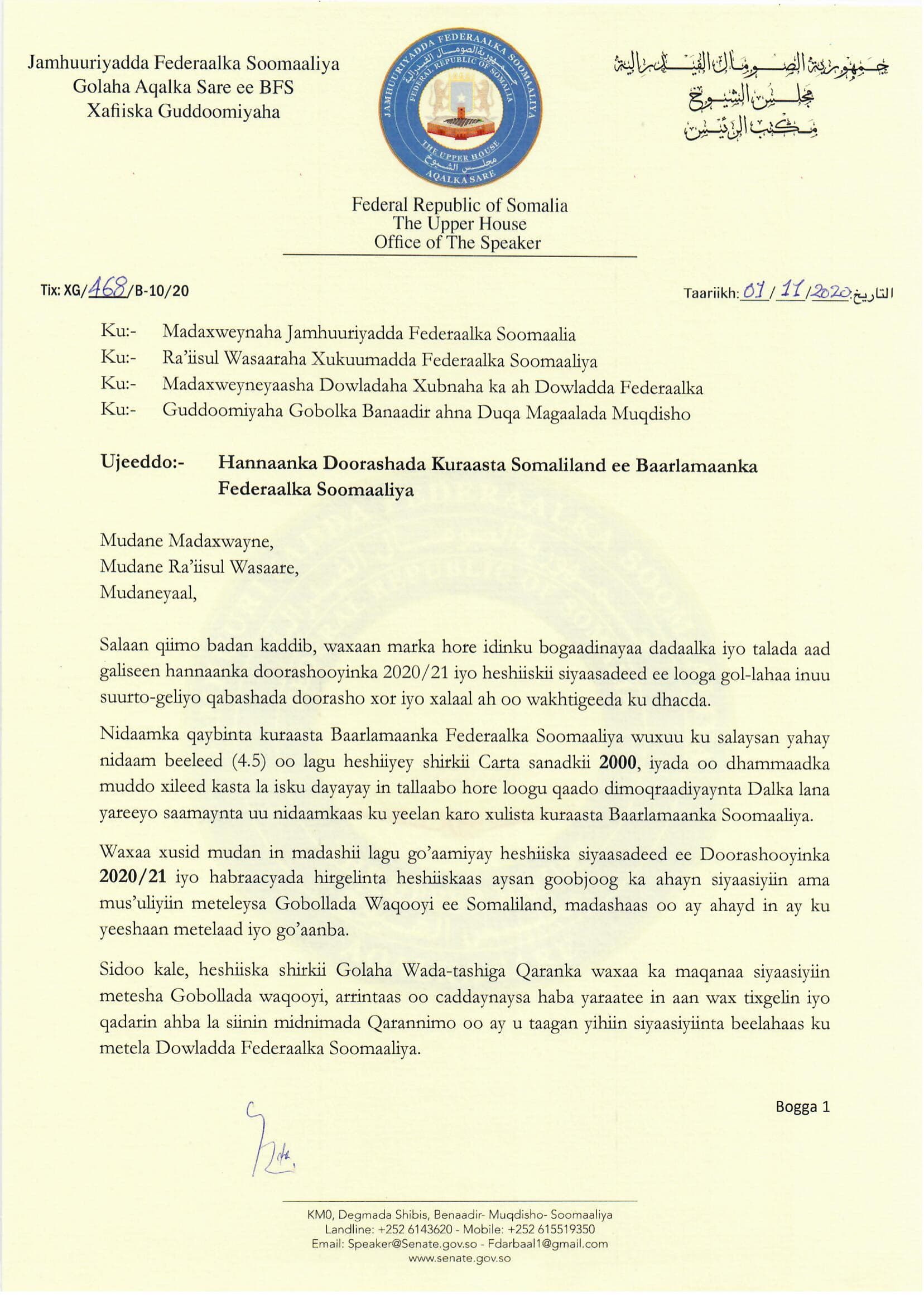 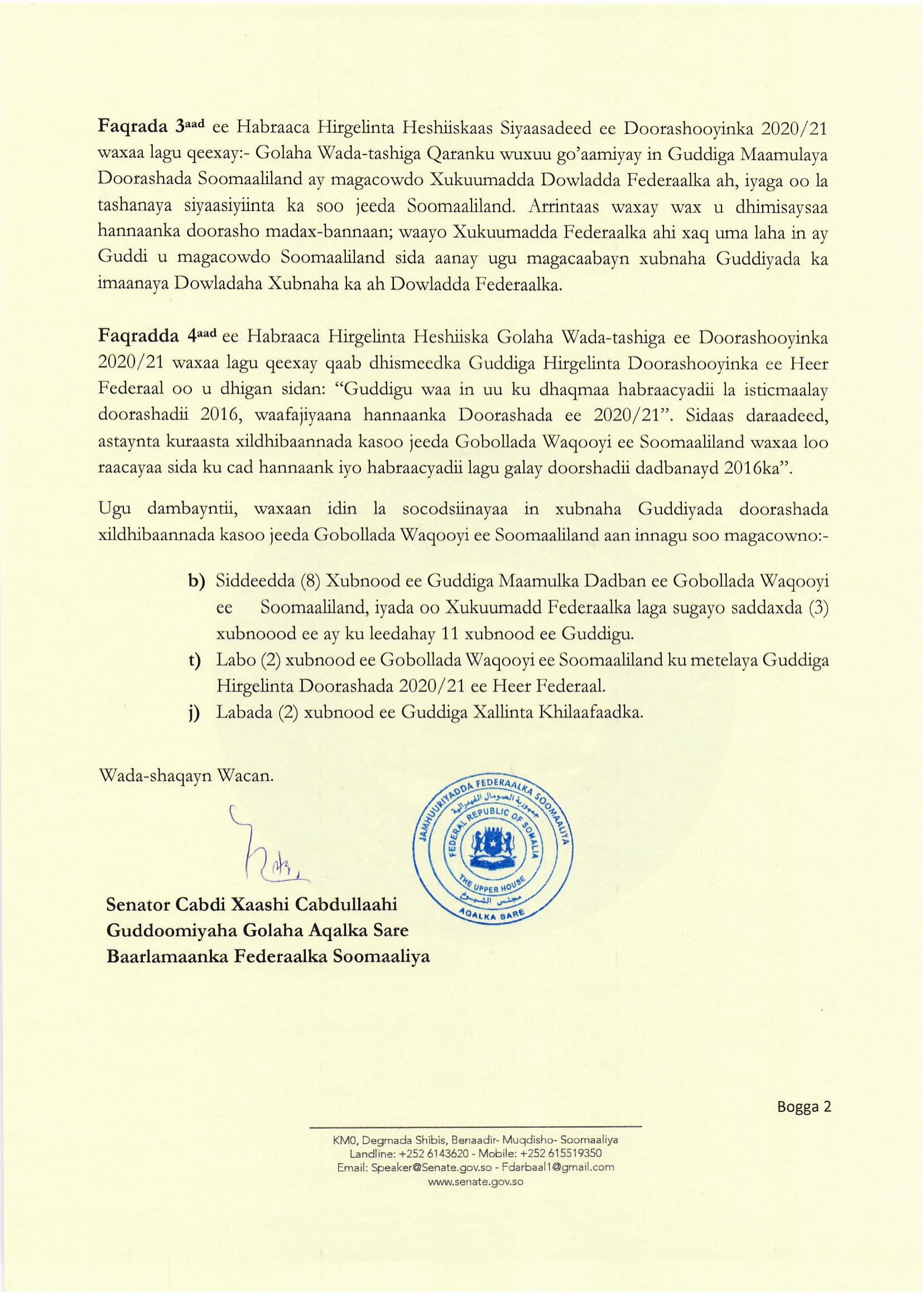