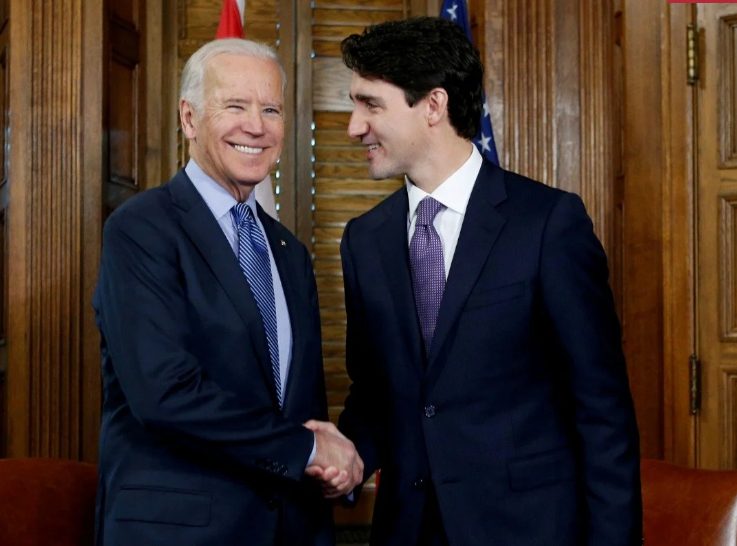 The State Department must become more agile and recognize that consulates which were once necessary in the pre-cable news, pre-internet-era are now largely irrelevant.

When it comes to Greenland, President Donald Trump will likely be best remembered for his desire to buy the territory. The most consequential action of his term on Greenland, however, occurred with hardly any notice: In June 2020, the State Department reopened its consulate in Nuuk, Greenland after nearly seventy years. It was the right move. The United States cannot take Greenland for granted. The distance between Nuuk and Washington, DC, is just 2,000 miles, less than the distance between Beijing and New Delhi, and China appears increasingly to covet the Danish territory’s resources.

The State Department perennially complains about its budget but a succession of secretaries have maintained consulates which have far outlived their utility and have little justification for their existence. In Canada, for example, there is a logic to the State Department maintaining consulates in Montreal, Toronto, Vancouver, and even Calgary where the Canadian oil industry is centered, but far less reason to invest in permanent offices in Winnipeg, Quebec City, and Halifax. The United States maintains nine consulates in Mexico, including most major border cities, and stations consular agents in twelve other cities. In France, a country with an excellent intercity train network making most of the country accessible within hours, the United States still maintains consulates in Bordeaux, Lyons, and Rennes, and in Japan—another country whose domestic transportation infrastructure makes travel easy and quick, the State Department nevertheless maintains consulates in Sapporo, Nagoya, Osaka, and Fukuoka. Likewise, beyond the embassy in Brasilia, the State Department maintains five consulates in Brazil, including such diplomatic backwaters as Belo Horizonte, and Porto Alegre.

Joe Biden and his team say they want to reinvest in diplomacy. It is easy to ask for budget increases, but the mood in Congress remains sour as deficits build. Regardless, money itself is not a metric to effectiveness. Rather, the State Department must become more agile and recognize that consulates which were once necessary in the pre-cable news, pre-internet-era are now largely irrelevant. Likewise, the end of the Cold War three decades ago ended an existential threat, but also made the world more volatile. Crises have erupted, regimes have collapsed, and trouble spots have shifted.

Accordingly, if Biden seeks to enhance the effectiveness of U.S. diplomacy, here are seven consulates which the United States should open:

1. Najaf. That Secretary of State Mike Pompeo closed the U.S. consulate in Basra, the only U.S. diplomatic presence in southern Iraq, was a mistake. If Biden wants to put diplomacy first in Iraq, he might reverse that decision, but a more agile move would be to open a consulate in Najaf, Shi’ite Islam’s holiest city. Religion matters, and a representative to Najaf would be as symbolically important as an embassy to the Vatican. Even if top clerics would not meet with American officials, they each have sons and agents who would. Najaf is also an international city into which Shi’ite scholars from across the globe come to study. It’s time to stop deferring leadership of the Shi’ite world to Iran and Hezbollah.

2. Hargeisa. Hargeisa is the capital of Somaliland, a former British protectorate which reasserted its independence in 1991 as the rest of Somalia collapsed. While Somalia remains a failed state—the Farmajo government in Mogadishu can only control about five square blocks—Somaliland has had multiple democratic elections and recently established relations with Taiwan. While U.S. Ambassador Donald Yamamoto reversed previous U.S. policy which recognized Hargeisa’s de facto status and tried to force Somaliland back into a failed state, this was never realistic given the legacy of the genocide which Somaliland had suffered at Somalia’s hands and the fact that Farmajo was the nephew of its perpetrator. As China augments its presence in Djibouti and its influence in Mogadishu, Somaliland’s importance to the United States will only increase. Turkey, Ethiopia, and Djibouti all have consulates in Hargeisa; it’s time the United States joins them.

3. Laayoune. Morocco remains the only truly stable state in the Sahel, the broad swath of Africa that stretches from the Western Sahara to Sudan and Somalia. While the Polisario Front makes pretenses to statehood under the guise of the Sahrawi Arab Democratic Republic, in reality, the group is a dusty Cold War artifact funded both by the Algerian military and smuggling income and not worthy of serious diplomatic consideration. Instead, the State Department should put to rest any notion the Western Sahara is anything but a region of Morocco akin to its other regions. There is no better way to drive home this point than for the State Department to follow the lead of many African nations and open a consulate in Laayoune.

4. Stepanakert. Nagorno-Karabakh is in the news as Azerbaijan, backed by Turkish drones and Arab mercenaries imported from Syria, attack the mountainous region which Armenians have controlled for the last quarter-century. Both Armenians and Azeris accuse the other of perpetrating massacres and ethnic cleansing in the region over the centuries, and both are correct. Azerbaijan’s latest offensive will not be the last time the region sees conflict. The only hope for lasting peace would likely be a Kosovo solution but, regardless, the best path to peace and to discourage violence is to bear witness. An American consulate in Stepanakert might also provide balance in a region both Russia and Turkey seek to dominate.

6. Al-Malikiya. The United States came to the assistance of the Syrian Kurds as they struggled to break the Islamic State siege of Kobane. It was the beginning of the end for the Islamic State’s would-be caliphate in Syria and Iraq, but the beginning of a fruitful partnership that has continued ever since, despite State Department Special Envoy James Jeffrey’s greenlighting of a Turkish invasion and an ethnic cleansing corridor. The relationship between Syrian Kurds and the United States is not only tactical, but also values-driven and so will likely continue. While the Turkish invasion has forced much of the Kurdish administration out of its capital Ayn Issa, the United States might formalize the informal presence led by Ambassador William “Bill” Roebuck and set up a consulate in al-Malikiya, or Dêrik as local Kurds call it. Certainly, Turkey might complain but this would simply undercut Ankara’s credibility even more as it would signal that Turkey’s real complaint is not about the Kurdistan Workers Party (PKK), but rather self-governing Kurds independent from their influence.

7. Angra Do Heroismo. The Obama administration’s decision to largely withdrawal U.S. forces from the Lajes Air Field on Terceira Island in the Azores may rank in the long run as one of its most strategically short-sighted moves. In almost every crisis to hit Europe or the Middle East since World War I, the United States has come to rely on Lajes. The U.S. withdrawal from the Portuguese archipelago has opened a door for the Chinese to establish themselves in a way that could ultimately endanger trans-Atlantic shipping. Biden may not want to restore Lajes to its former role, but he could with little investment show the Chinese that they may not use Lajes and its nearby port as a backdoor into NATO, Europe, and the Atlantic basin. While the capital of the Azores is Ponta Delgada, Angra is the largest city on Terceira island where Lajes is located and therefore the best location for what would in reality be a small, sleepy albeit strategic consulate.