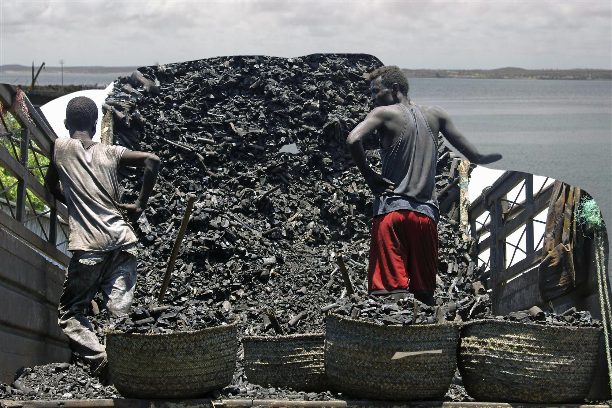 Al Shabaab is making maximum use of the Somali culture of corruption to expand its economic power. From there al Shabaab expects it will have another chance to take control of the entire country. The main thing stopping them is not the local security forces and foreign peacekeepers but the strong sense of independence and autonomy maintained by Somali clans (tribes). This is not an unusual situation and most of the current hot spots around the globe feature highly organized clan/tribe organizations heavily involved in maintaining the mayhem. This applies in most African hot spots as well as those in the Arab world and in Afghanistan, Pakistan, India and Burma. This common and quite robust phenomenon is often overlooked. In Somalia the strong clan culture is recognized as a key element in the resistance to a national government and especially one run as an Islamic religious dictatorship. This is a common feature with cultures strongly attached to tribalism.

What replaced tribalism in most of the world were larger governments that were more effective at governance. That meant your first allegiance (outside family) was now the nations, be it a democracy or not. Some regions are still in the process of evolving from tribe to nation. One notable conversion in the last century was Saudi Arabia. Tribal links for most Saudis are still strong but enough Saudis put the kingdom first to keep the central government working.

Such is not the case in Somalia, where the major clans have to be persuaded to cooperate. Using force against this gets you perpetual armed resistance. Meanwhile, working out agreements tends to work. While a region transitions from tribal to national government there is usually a lot of corruption. Many people are willing to serve the nation as long as they can use that job to take care of their tribe. That is one reason why Somalia has been rated the most corrupt nation on the planet for decades, Somalia has another problem; poverty. The Saudis, and other Aran states, were fortunate to have oil wealth to help them finish the transition to nation-states. Somalia has no large cash source, other than foreign aid and any other income the national government might have, to buy peace and obedience.

Without a strong central government, major threats are not easily dealt with. Oil-rich Saudi Arabia is able to suppress Islamic terrorist activity within its borders while Somalia is not. That is the main reason al Shabaab remains a major problem instead of a suppressed one.

Al Shabaab leaders realize that overcoming clan and national resistance will be difficult and gaining additional power requires lots more cash. Al Shabaab has become a major criminal organization and is involved, if not dominant, in more and more areas of the economy. In Somalia the national economy involves a lot of activities that are not considered legal by foreigners and international law. An example of this is the role al Shabaab plays in reviving seaborne trade and smuggling between Somalia and Yemen. This is in addition to al Shabaab gaining more control over smuggling down south in the two major ports; Mogadishu and Kismayo. Government efforts to keep al Shabaab out of these ports failed because al Shabaab has been extorting bribes from companies and organizations that are part of the supply chain for key import/export items like charcoal and sugar.

Yemen has traditionally been the major trading partner for Somali outlaws. Kenya was OK for raiding but for doing big business Yemen was the place to go. The Somalia-Yemen connection was never completely severed by the civil war that broke out in late 2014. For a few years the Arab naval blockade was very disruptive to lucrative smuggling activities. This included people smuggling of Africans headed for Saudi Arabia and points north, as well as imports of weapons and other contraband. There has been no serious Somali pirate threat (the seizure of large ships) since 2012 and the most active pirates now appear to be operating out of port towns in southeast Yemen. Iran has tried to take advantage of this by basing its smuggling efforts in northern Somalia rather than sending the smuggler boats all the way from Iranian ports.

The international naval blockade force off the Yemeni coast detected the base switch and paid more attention to smuggler boats moving between Yemen and Somalia. This traffic has been much reduced since the Yemeni civil war escalated in 2015 and the recent increase in traffic is often illegal operations. The Americans have maritime surveillance sensors that can accurately detect and track small boats. This makes it difficult for the smugglers to try and sneak across at night. Anti-smuggling efforts have reduced the volume of Iranian military supplies getting through. There have been far fewer attacks on Saudi Arabia with ballistic missiles and explosives equipped UAVs. Saudi air defenses have detected and downed nearly all of these attacks. A few UAVs got through but not enough to do significant damage. No ballistic missiles have reached a target but some that were intercepted close of a large urban area had missile debris falling in residential areas. Few deaths occurred but this sort of thing reminded the average Saudi that the Iranians were trying to kill them and Somali smugglers were helping out.

All this criminal income has not solved al Shabaab’s own unity problems. These has been constant turnover in the top leadership. This is triggered and sustained by two factors. First of all, Somalis are fractious no matter what the situation. The second factor is the constant attacks by the Americans, who use their missile armed UAVs and considerable information gathering and analysis capability to determine who the key al Shabaab leaders are and where they can be found. When that all falls into place the al Shabaab leader is usually killed by a missile from a UAV. Helping with the intel process is the American policy of offering large rewards for information on top al Shabaab people. The Americans can deliver large rewards and get the informant and immediate family out of the region and away from potential revenge attacks. This program does not seek publicity in the mass media, for obvious reasons.

November 14, 2020: In Kenya, the Somali embassy has moved back to the building that served as the first Somali embassy until 1994 when the Somali government disappeared because of clan infighting that went on for over a decade.

November 13, 2020: Ethiopia has withdrawn most (about three thousand) of its peacekeepers in Somalia. This move was triggered by another major rebellion. This time it was a rebellion by soldiers in the northern province of Tigray. While Ethiopia is often described as the oldest Christian state in Africa that claim has to be qualified. Yes, Ethiopia has been a nation-state for thousands of years, nearly as long as Egypt. Unlike Egypt, Ethiopia avoided becoming anyone’s colony. Having resisted Islamic, Turkish and European conquest Ethiopia remained largely Christian and managed, since the 1060s, to move from monarchy to communist dictatorship then democracy. Despite all that there were still religious (mainly Moslem) and ethnic (mainly Somali) minorities that still trigger armed rebellions.

The current Tigray rebellion is more political than tribal or religious. The Tigrayans are Christian and ethnically related to the ethnic majority that has long ruled Ethiopia. The current violence is more of a family feud than religious or tribal unrest. The Tigrayans have some real grievances but so do most other minorities in Ethiopia. The danger is that some of the other minorities might decide the join the mayhem even if that risks destroying Ethiopian national unity.

Ethiopia has been particularly successful, for centuries, in dealing with unruly Somalis, especially its own Somali minority. Kenya has been less successful but that changed when during the 75 years Kenya was a British colony. Britain left Kenya independent in 1962 and with a professional military and police force that could better handle Somali aggression. This was not an ideal solution because many Somalis fleeing drought and famine (especially after 2011) more than Islamic terrorism arrived in Kenya and half a million are still living in foreign-aid supported camps near the Somali border. These camps are bases for al Shabaab and Somali gangsters and Kenya wants them out of Kenya. The UN defends this Somali invasion and occupation on the grounds that Somalis would be worse off if forced back into Somalia. This angers Kenyans because the UN plays down the role the camps play in sustaining Somali violence in Kenya as well as the fact that the UN knows that it cannot deliver aid to the destitute Somalis in Somalia as easily as in Kenya because Somalia is more chaotic and unruly. In short, the Kenyans do not want to pay the price in lives and local resources to protect UN efforts to support Somali refugees who are hostile to Kenyans (and everyone not a Somali.)

November 9, 2020: An Italian foreign aid group is withdrawing its 200 personnel from Somalia because of the endemic corruption and the difficulty caused by threats of violence and demands for bribes. The Italian group provided medical care to millions of Somalis, but the additional corruption costs plus the threats of kidnapping or murder made it clear that the aid money could be spent more effectively in other parts of the world.

November 3, 2020: UN weapons specialists concluded that 60mm mortars used for an al Shabaab attack on a U.S. base in September had come from North Korea.

October 25, 2020: In the north, Somaliland has suspended its relationships with the UN until the UN considers recognition of the sovereign status of Somaliland.