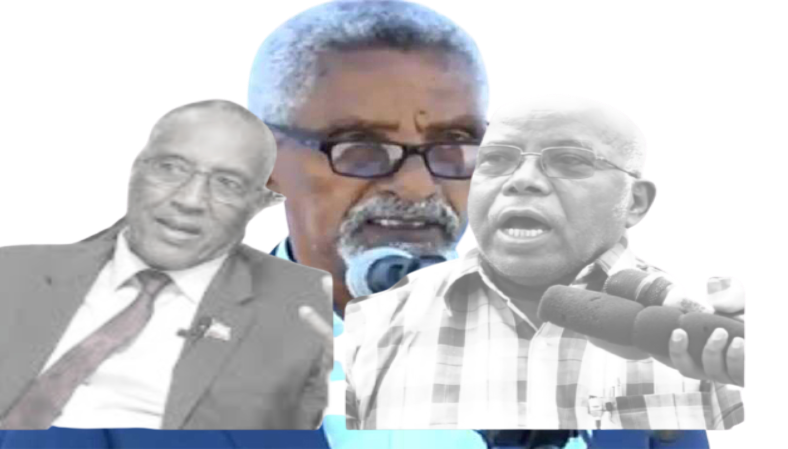 Recent public statements implying a possible modification of Somaliland’s stance to its regional and international approach to the quest for sovereignty are surfacing.

Most alarmingly, leading this confusion is the elected President of the Republic of Somaliland – knowingly or unknowingly.

President Musa Bihi Abdi, speaking at a state funeral conducted for the late statesman/diplomat, Omar Arteh Ghalib last Thursday, made a remark that angered a great number of his electorate.

The president made the off-the-cuff remark to demonstrate how the late Arteh, Ex-Somalia Vice President Ismail Ali Abokor, and the President who preceded Musa, Ahmed Mohamed Mohamoud ‘Siilaanyo, had each on his own terms interceded with the military strongman who ruled Somalia, Mohamed Siyad Barre, to desist from alienating the people of Somaliland in the ’80s.

“Today, a scenario similar to the one where Arteh, Ismail Ali Abokor and Siilaanyo where entreating (Siyad Barre) to stop the persecution (of Somalilanders in the then Northern regions of Somalia)  is playing over in Mogadishu between the man who leads the (federal) senate and the government. The same thing is happening now in Mogadishu,” the President at an unguarded moment during his impassioned eulogy over the deceased.

President Bihi was referring to a difference of opinion between the federal government, in the person of its Deputy PM, and the Senate Chairman as to who had the right to ‘select’ Somaliland-born MPs for the federal parliament.

And this comes at the tail-end of thirty years of governance, democracy, and statehood in Somaliland that had nothing to do with Mogadishu or was the least influenced by the latter

The President’s words showed partiality to the Senate House Speaker whom he likened to Siilaanyo, Abokor, and Arteh.

What was sad about this remark is why and where the President could see sympathy for Somaliland in a man who has taken an oath to uphold a federal Somalia – a Somaliland-born mercenary who had chosen a reunited Somalia over a sovereign Somaliland.

Not losing a moment, the General-Secretary of Waddani – one of the two opposition parties of Somaliland – wondered what made the President choose sides in a conflict whose nature and outcome both boded ill for the nation that elected him to office.

“The President has no right to paint some of the Somaliland-born politicians in Mogadishu differently – applauding some, blaming others. Is the president telling us Abdi Hashi is representing Somaliland in Mogadishu?”, Khadar Hussein Abdi ‘Logheh’, the Secretary-general stated at a press conference he held on November 20, Friday.

Logheh intimated that the President’s preference of one side to the other may have been inspired by clan affiliation which was another way of saying Hashi was more related to the president than Guled.

He also misrepresented facts and history by abjectly misstating the composition of the Federal Parliament of Somalia.

“The five-pointed white star of the Somalia flag represents all five Somalis. There are MPs representing NFD, Other representing Djibouti…Somaliland. I don’t see why top Somaliland-born politicians in Mogadishu cannot come to terms with one another and agree on a selection committee,” he said.

Abdullahi Jawan directly addressing the two top politicians involved in a tug-of-war for the right of appointment of election committees, the Deputy Prime Minister, Mehdi Guled, and the Senate Speaker, Abdi Hashi, asked them to come together and iron out their differences.

“Stop bickering like young girls attacking each other over the media,” he told them, as if they were mandated representatives of the people of Somaliland when in fact they were there to thwart any claim to rightful claim to their sovereignty.

These words contradicted his opening statement that he believed Somaliland-born turn-coat politicians in Mogadishu were there for employment and economic gain.

Together, the two favorable references to politicians who swore allegiance to federal Somalia and the federal constitution, serving the arch-rival of the Republic of Somaliland, Villa Somalia, coming from His Excellency the President, himself, and a top Somalilander politician within a day of each other, was not only extremely perturbing but the cause for consternation.

People wondered what changed. Was there a reversal of Somaliland’s attitude toward Somalia? Was there a different kind of relationship developing between Hargeisa and Mogadishu that has not surfaced yet?

What is even more disturbing than the statements of the politicians was the stark absence of many voices criticizing them.

In the olden days even if someone so much as hinted at leniency towards Somalia, the earth and skies resonated with the indignant outcries of tens and hundreds of outraged Somalilanders: politicians, women groups, non-state actors, MPs, the general public.

Other than the Secretary-General of Waddani, Khadar Abdi Loghe, there are none – to date.