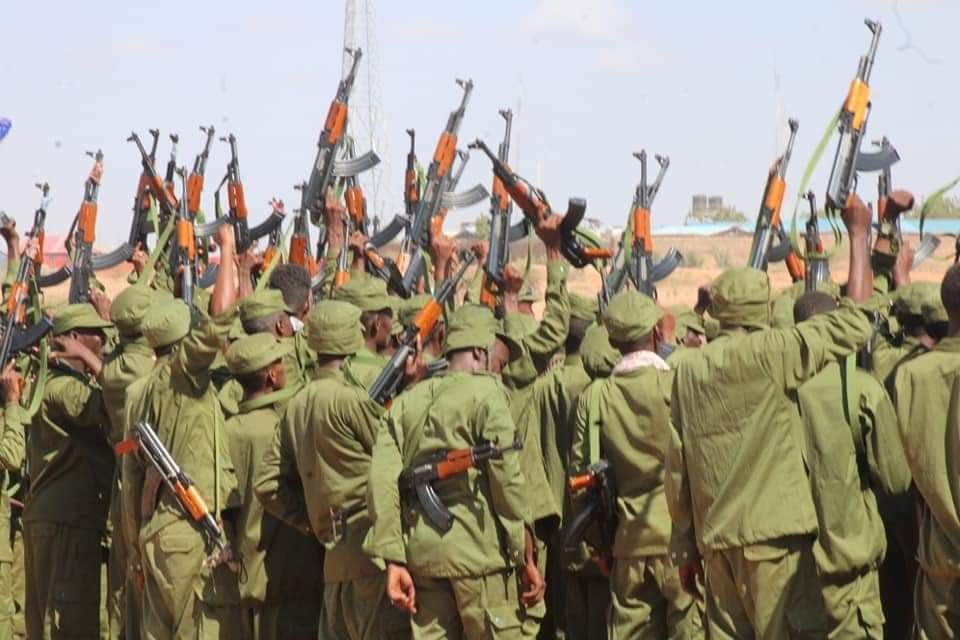 The Somalia government has deployed units upon units of militia-like troops along areas in and around Beled Hawo on the border with Kenya.

Reports have revealed that Villa Somalia has distributed brand new AK-47 assault rifles, hand- and rocket-propelled grenades to the troops which had not been seen anywhere in the area before.

The new units, wearing green khaki-like uniforms, do not belong to any of the regular army commands either.

Some sources link them to rumoured secret paramilitary troops trained in Eritrea for purposes not aligned to the usual army assignments approved by central command.

Other sources argue that the new troops are, in fact, militias organized and trained by President Farmajo to whom alone they owe allegiance.

Whatever the case is, the development adds fuel to raw tensions between Somalia and Kenya which had seen an amassment of troops on either side of the border in recent days.

A recent, face-to-face meeting between presidents Uhuru Kenyatta and Farmajo at the Djibouti IGAD meet earlier during the week did not yield any tangible rapport between the two sides.