Djibouti and Somaliland are one: ethnically, culturally and weather-wise – President Bihi

Following a five-day official visit of the president of the Republic of Somaliland, Musa Bihi Abdi, to the Republic of Djibouti, a six-year-long near-complete closure of the border between the two countries came to an end.

President Bihi’s visit, which was wrapped up with a joint border crossing Monday was one of the longest, more fruitful visits the two countries exchanged on the duration of an uneasy, often strained 30-year relationship.

“With gratitude, we note the cordial reception and brotherhood my delegation was shown throughout our tour of the country,” President Bihi said speaking at a jubilant reception the people of the ancient, coastal town of Zeila given him.

“We are also very happy that our common border is now declared open ending difficulties which shrouded economic vibrancy between the two countries,” he added.

“No more would goods and people crossing from one country to the other be stopped as long as the proper documentation and directives governing the border are observed on either side,” Commissioner Farah said.

Starting from then on and there, he added, goods and transport detained on either side of the border were to freely move to complete their business.

The two countries’ potentially strong kinship sored with the development of an antipathic, clearly unionist attitude Djibouti showed Somaliland and its reclamation of the sovereignty it forfeited in 1960 in anticipation of a Greater Somalia republic of which Djibouti was included.

The President did not, however, speak of the underlying objective of the invitation to Djibouti.

Djibouti is in dire need of potable water.

The government of Djibouti, reports kept under low profile sightings, is desirous of drilling water in the Zeila area to pipe it to the city of Djibouti.

President Bihi is reported to have categorically accepted the request.

On what terms the exchange would happen and when and where would the President officially present it to the national councils – if it is indeed so – for state approval could either surface enough within the coming few days.

Whether Djibouti would change its pointed opposition to Somaliland sovereignty which angered the bulk of the Somaliland population also remains to be seen.

Djibouti – as part of its campaign to spite – the Somaliland cause has joined AMISOM to keep peace in Somalia calling the gesture ‘Brother Aid’ (Hiil Walaal).

Its artists, also, including Awale Adan and 8 March Band, rolled out lilting, crowd-rousing songs promoting a defunct reunion and the rebuilding of a Somalia which still comprised of Somaliland and Somalia.

Neither the bands nor the successive Djiboutienne governments ever took stock of the reality of Somaliland and that it was the better ticket for over two decades. 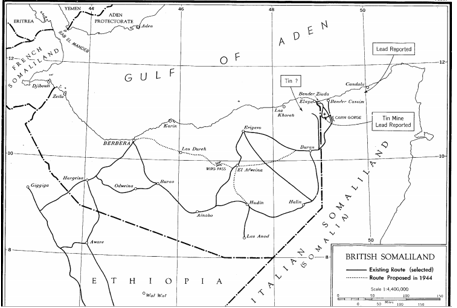 The Republic of Somaliland shares boundaries with Djibouti to the north, Ethiopia to the west, and Somalia to the east, southeast. The Djibouti–Somaliland boundary was established by the Anglo-French agreement of February 2–9, 1888; where the Anglo-Italian Protocol of 1894 demarcated border with Somalia, and the Anglo-Ethiopian treaty of 1897 that with present-day Ethiopia.