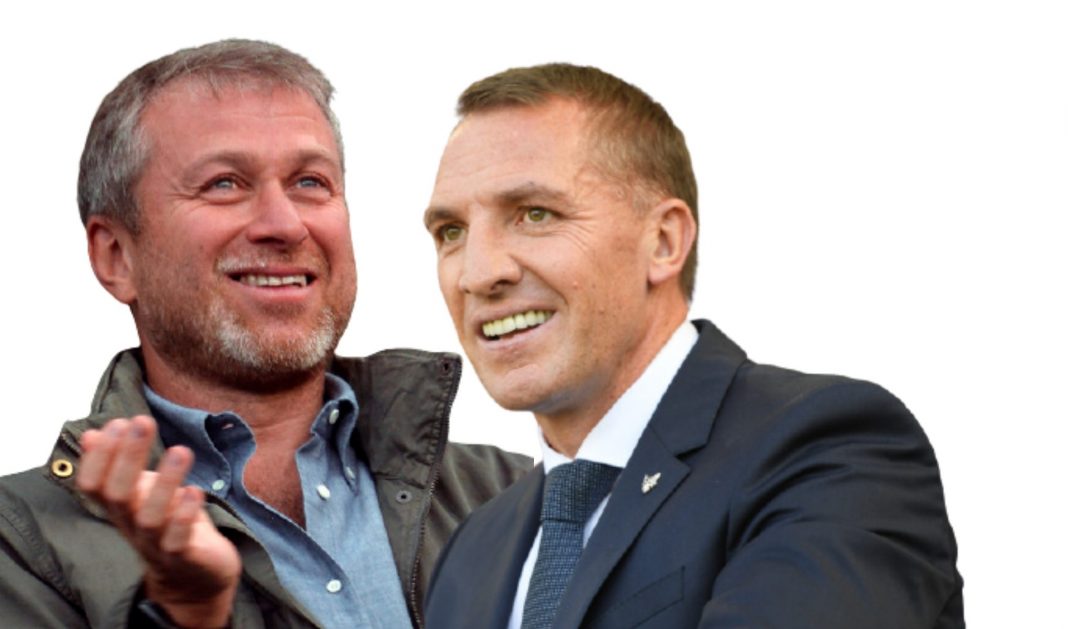 Frank Lampard’s job at Chelsea is under threat.

The Blues have won just once in their previous six Premier League matches, leaving them eighth. They’re seven points off leaders Liverpool and Manchester United having played a game more.

Considering they spent almost £150 million in the summer, the pressure is really on Lampard.

He’s the favourite to be the next Premier League manager to lose his job – and that shouldn’t be too surprising considering Roman Abramovich is the owner.

Chelsea have had 12 permanent managers under the Russian since he took over in 2003. That could soon become 13 if Chelsea’s form doesn’t improve.

But who could replace him as the next Chelsea boss?

Well, one man who it certainly won’t be is Brendan Rodgers.

You’d think Rodgers would be the ideal candidate after doing impressive jobs at Liverpool and Celtic, while his Leicester side are currently one point off the top in the Premier League.

However, due to comments he made in 2014 when at Liverpool, Abramovich will never consider hiring him.

According to an article in the Athletic in January 2020, Rodgers “upset the Chelsea hierarchy” when he said he was now at a big club when he joined Liverpool.

Rodgers had been at Stamford Bridge between 2004 and 2008 in coaching roles for the under-18s and reserves.

Not only did he suggest he’d joined a bigger club upon his arrival, but his comments when he signed Victor Moses on loan from Chelsea also didn’t go down well.

“It’s not easy when you come to a big club,” he told the Liverpool Echo as he spoke about Moses’s struggle for form. “You come from a really good club like Chelsea to a massive club like Liverpool, where there is expectancy every day.

“For any player to go into a big club there is a big difference in terms of mentality.”

It seems incredibly petty but Rodgers can forget about returning to west London at any point of his career.

Jordan Henderson: We’ll Give Everything to Change Our Situation

Chelsea Back in the Premier League Top-4