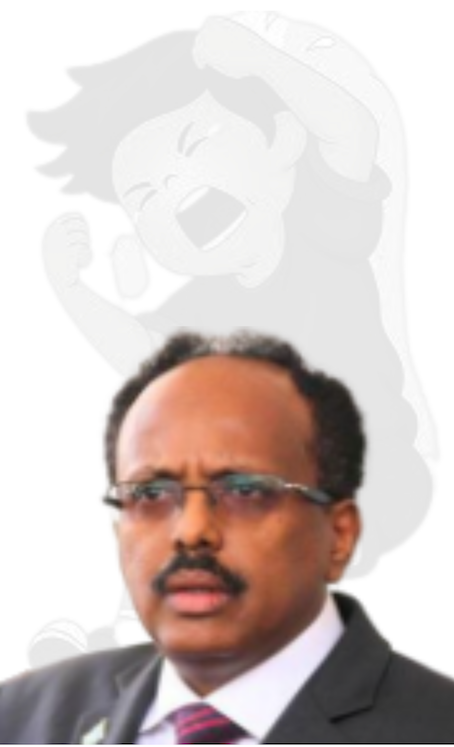 This tantrum seems to be distracting from the crux of the matter: Somaliland, Jubaland, and others’ secessionist aspirations as well as Madobe’s pre-existing entente with Kenya

To say that Somalia’s foreign policy has been successful in recent years would be an overstatement. The once united nation is collapsing at the seams. Unfortunately, for the administration, the true nature of this reality hasn’t dawned yet.

The failures of the president and his ministry of foreign affairs threaten Somalia’s territorial integrity and survival as a state. The inability to recognise the consequences of their indiscretion as well as fragility as a union is their biggest undoing.

Kenya is Somalia’s most important regional partner both for trade, socio-cultural and historical reasons. The two nations are joined at the hip. Mogadishu’s dramatic severing of all diplomatic ties with Kenya was a rash decision that was made without thinking through all the potential implications.

This is not to say that Kenya’s actions were free of malfeasance. However, complaints such as those raised by the Mohamed Farmaajo’s administration (which are yet to be formally substantiated), have avenues through which they could have been dealt with and resolved in a civil manner. Had they followed this approach, they may have avoided giving Kenya the licence to retaliate as severely as it did – recognising the de-facto state of Somaliland.

This tantrum seems to be distracting from the crux of the matter; Somaliland, Jubaland, and others’ secessionist aspirations as well as Madobe’s pre-existing entente with Kenya. Based on the Intergovernmental Authority on Development (Igad) summit earlier this month, we can all conjecture the outburst was pointless and did nothing to further Somalia’s stability, security and development.

If truth be told, it did more harm than good as Kenya was not even reprimanded. For Somaliland, Kenya’s recognition was a great success in its pursuit of total autonomy.

It’s time for the Federal Government of Somalia (FGS) to stop avoiding the obvious. Although Somaliland is part of FGS, it is a fully-fledged independent state. Somaliland has shown to be superior to the federal government in all indicators of statehood including tax collection, human development, security, judicial and financial systems and even diplomacy.

Analysing its aspirations through the lens of international law would lead us to the same conclusion: Somaliland fulfills all the criteria for statehood outlined by the Montevideo Convention on Rights and Duties of States. The Farmaajo administration has been fighting to keep this region under its fist and is failing to see it has more important and urgent problems to tackle first.

Abdiweli Gaas, former Puntland President is remembered for his slogan, “Somalia is not Mogadishu and Mogadishu is not Somalia”. As a post-conflict state, Somalia must focus on rebuilding its country from the bottom-up and approbate Somaliland as a state.

Now is the time to begin building a system, where regions are motivated to remain united under the federal government and ensure Somaliland is the last region to secede and not the first.

Somalia was put in a tough position when the Emirati-Saudi bloc of Gulf States announced their blockade of Qatar, an ally of Turkey, expecting Somalia’s support. However, the federal government of Somalia attempted to remain neutral in order to retain the favour of both Turkey and the UAE.

As we saw from what happened, this bore no fruit. They instead opted to support a Kuwaiti initiative to resolve the political crisis unfolding in the Gulf. It is not hard to see why this decision was seen as a vote in favour of Qatar and Turkey.

In response, the UAE immediately ended its military support for Somalia and closed the vital Sheikh Zayed Hospital that served thousands of poor and displaced people in Mogadishu who had no other means of receiving healthcare. Mogadishu’s failure to manage this led to greater costs than they could have imagined and will likely be a major contributor to Somaliland’s eventual total secession.

I do not advocate for division or secessionism, and I think it is a wrong that Somalia has divided itself as aggressively as it has mainly on the basis of clan divisions. A utopic united Somalia is an idea that many of us would find solace in.

However, realistically that does not seem to be the case. The failures of the federal government in the management of its foreign relations seem to be the biggest impediment towards its aspirations of a united prosperous Somalia.