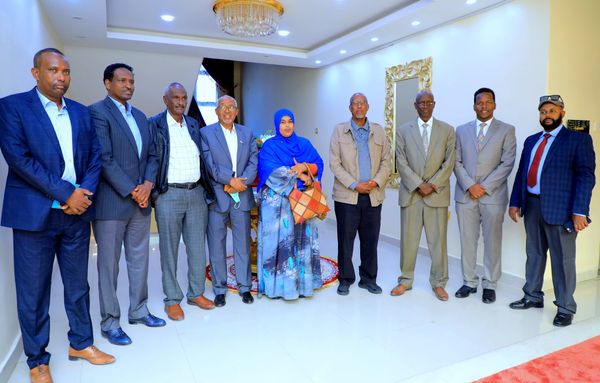 The National Electoral Commission (NEC) of the Republic of Somaliland submitted the date slated for the 2021 municipal and parliamentary elections to the His Excellency the President Saturday.

Concluding the second phase of the iris biometric voter registration conducted nation-wide, the commissioners earmarked 31st May 2021 for the twinned elections to happen. The exercise took 45 days to cover 23 electoral districts and over 1200 registration stations.

#TUKARAQ district in the frontline of Somaliland in Sool region is in the process of voter registration in Somaliland.

A mother carrying her baby in line to register is showing a sense of patriotism and nationalism. @SL_Elects pic.twitter.com/UMr33yXSI5

“From now on and the date you set for the elections, we should all put our weight behind the roadmap. Hurdles and requisite activities must be dealt with as one,” he said.

President Bihi added that his government will spare nothing to see to it that the elections happen on time and without a hitch.

Despite, the pessimism a few of the international partners have expressed in times past on an absence of warranty that the elections would not be postponed for the umpteenth time by the government, the allocation of a definite date for the elections is welcome tidings to both nationals and international friends of Somaliland.

NEC, it appears, intentionally picked 31st May to remind all and sundry that the nation overwhelmingly voted for its constitution. May 31st, 2001 saw 97.1% vote for their determination to extricate their country from a web of deception, domination, and subsequent doom which a legally unconsummated merger with Somalia in 1960 put it through. 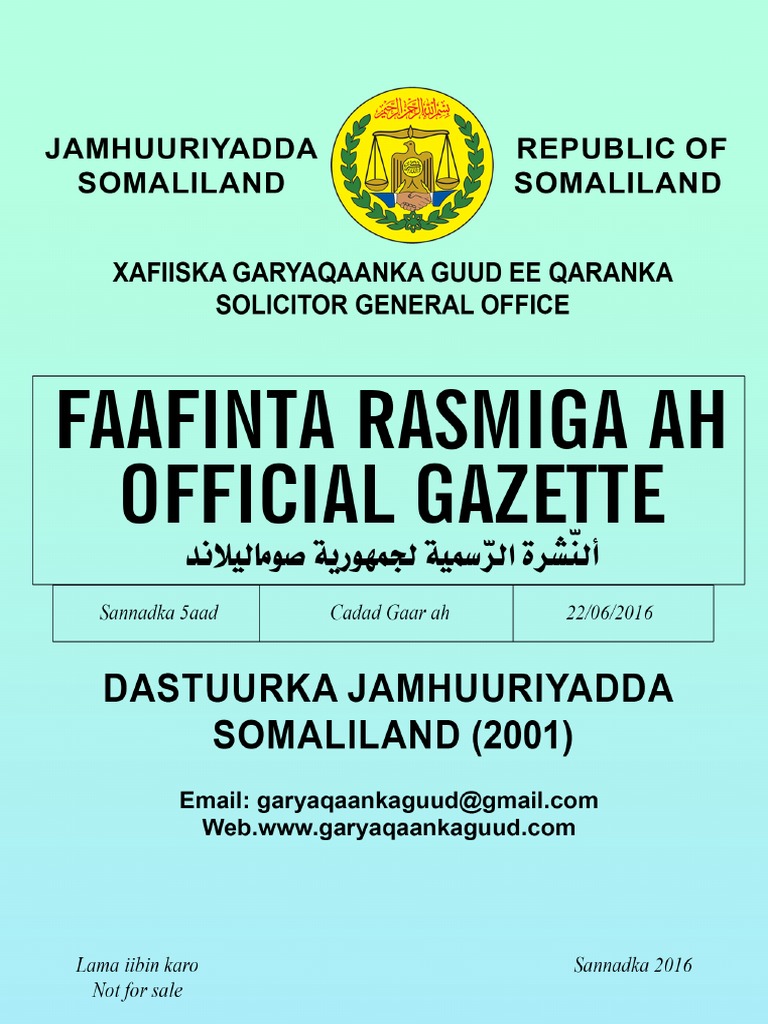 The Constitution replaced a national charter that had been in effect until then.

The Republic of Somaliland proclaimed its reasserted sovereignty on May 18, 1991. It built enviable governance rising from the ashes of destruction since then. The largely unsupported subsequent governments managed to demobilize hordes of armed, former freedom fighters, rebuilt its executive, legislative and judicial branches, minted its own currency, designed own passport, flag, national colors, emblem, anthem, schools, universities, hospitalities all with little or no external support.

But, above all, the upcoming elections will be the 8th 1Person-1Vote polling the country holds.

Neighboring Somalia with its six presidents, despite the billions of US Dollars the international has sunk into it, has to even come up with the consensus to hold one for these past 30 years.

Instead, Somalia busied itself more on sidetracking Somaliland’s progress and development than coming up with a homegrown roadmap to rebuild their country.