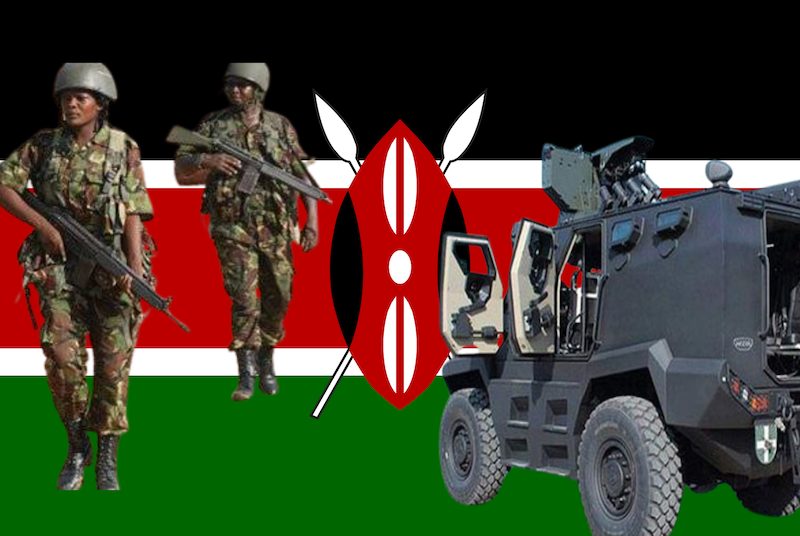 The acquisition was cleared during a Tuesday procurement board meeting at the Department of Defence (DoD) after the board reportedly approved the single sourcing of the HIZIR Mine-Resistant Ambush Protected (MRAPs) Armored Personnel Carriers (APC), a prototype unveiled in November 2016 by President Recep Tayyip Erdoğan at the 3rd High-Tech Port expo of Turkey’s Independent Industrialists’ and Businessmen’s Association (MUSIAD).

“It is recommended that the Ministry procures Qty 118 HIZIR MRAPs for the Kenya Army through direct procurement from M/s KATMWECILER ARAC USTU in accordance with Section 103 (2) (a) of the Public Procurement and Asset Disposal Act, 2015. This recommendation is based on the fact that only HIZIR MRAP APC met the USSR criteria,” reads the recommendation by procurement board, which will now pave way for the financing phase.

The vehicles are said to have fallen short of User Specifications Requirements (USR) set by the Kenya Army.

The Turkish firm has been identified as Katmerciler Arac Ustu.

It is the same type, Capital FM News has established, that was used for crowd control by the Ugandan police, during the just concluded general elections.

Two other firms, one from South African and another from North America, were locked out of the multi-billion shillings deal, despite having more internationally accepted military vehicles.

Kenya is expected to spend a Sh7.7 billion to purchase the 118 APCs through the Export Credit Agency (ECA).

“If the cars are modified for the Kenya Defence Forces (KDF), Kenya will become the Turkish firm guinea pig despite the safety risks involved for our soldiers,” a whistle blower who spoke to Capital News said.

According to the whistleblower, the procurement board relied on “a doctored report” to approve the single sourcing of the APCs from Turkey.

“The vehicle itself is difficult to comment on as this vehicle has never seen service in the military or in severe theatres where there is a severe blast and IED blast,” an internal assessment report of the Turkish vehicle seen by Capital News reads.

“In addition, it has not been designed for African conditions.”

The Kenya Defence Forces, who are part of the African Mission in Somalia, have lost tens of soldiers to Improvised Explosive Devices attacks in the war-torn country and at the porous border of Kenya and Somalia, making APCs a crucial asset for the success of the country’s military.

This begs the question, why approve the purchase of substandard APC’s?

“The aforestated APCs have been deployed in-country and in Somalia to address security threats. A significant number of the APCs have been rendered inoperable due to the changing threat environment,” reads a DoD letter, reference DHQ/SYS/LAND/301, justifying the need for new vehicles.

Among the User Service Specifications Requirements (USSR) developed by the Kenya Army include a 12-car seat with a seating design that allows a commander easy access to his seat and to the troops.

The APC’s arrangement also needs to permit all occupants maximum situation awareness and offensive action and seats to be in such a manner that the cabin faces each other.

The Turkish HIZIR Mine-Resistant Ambush Protected APC instead accommodates a crew of nine.

According to military doctrines, an APC should have two doors on either side and a double rear door.

“The seating layout of nine crew is not suited to military operations,” the whistleblower said.

The Turkish vehicle has four doors on the side, which would make it hard for it to achieve STANAG level 4 A and B, a NATO Standardization Agreement covering the standards for the Protection Levels for Occupants of Logistic and Light Armored Vehicles.

“Is there an official STANAG 4 Blast Certifications from an internationally recognized Testing Authority other than from Turkey?” the whistleblower posed.

The new APCs are set to be used to replace battlefield casualties and “to mitigate shortcomings in force protection, firepower, and mobility in a changing security environment.”

“We are equally concerned because Turkey is deeply entrenched with Somalia, which is quite hostile to Kenya,” the whistle-blower, who is highly placed and privy to the details said.

The Department of Defence did not respond to questions on the deal.

Kenya, Somaliland Tie-Up Plans For A Consul In Hargeisa