SomTribune
Home Somalia Day 1 of No Government in Somalia 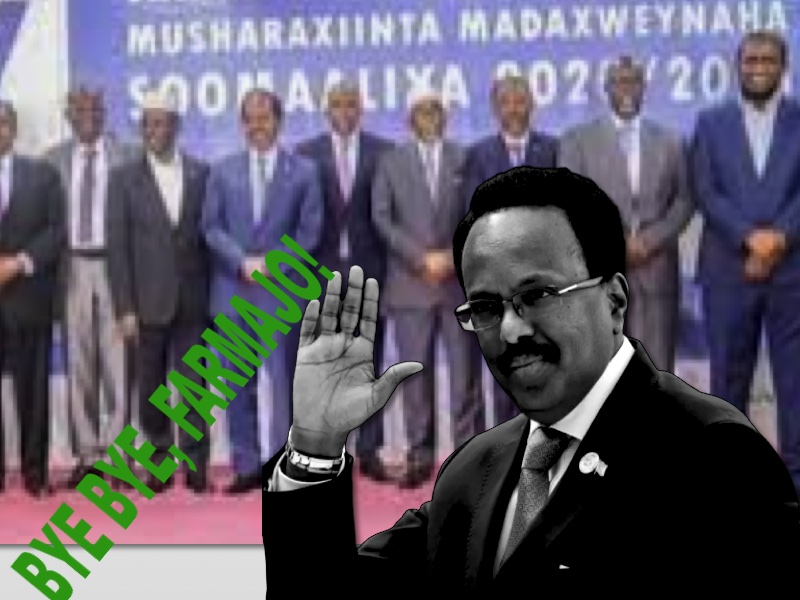 Reflecting an accurate state of affairs in a Somalia into its first day of no government since the year 2000, the Union of Somalia Presidential candidates released a 6-point manifesto declaring the country was bound to no legitimate government from today on until another is installed.

“The Council of the Union of Candidates does not recognize Mohamed Abdullahi Mohamed Farmaajo as a legitimate president of the federal government of Somalia,” the Council said.

The Council proposes that a Transitional National Council be immediately formed to save the country from anarchy and lawlessness and to, also, lend legitimacy to a smooth transition of power.

The Council believes that since the term of office to which Farmajo was elected expired, neither nor his government are justified to cling on to offices to which they are no longer entitled.

“A Transitional National Council must be formed comprising the House Speakers of the Bicameral Parliament, the presidents of federal member states, representatives of the union of Presidential Candidates and the civil society,” the Union Council stated.

The primary and most pressing task for the proposed Council would be to chart a new roadmap for the election of members of parliament and a new President.

The candidates’ council urged all stakeholders including international partners to support the proposal which they see as the only venue to save the country from a certain downside to mayhem and political disorientation.

Likewise, they called on the president whose term ended Sunday midnight to smoothly hand over reins of the government to the TNC.

Somalia national stakeholders agreed on 17 Septemeber on an electoral process which should have started on November 3 culminating on the election of a president on February 8. In between MPs would have been picked who, in turn, would have selected the President yesterday, Sunday.

The process did not even start due to, mainly, acute differences among the stakeholders on a number of modes among which wrenching Gedo region from the federal state it belonged to – Jubaland – and putting under the direct administration of Mogadishu.

The current state of Affairs as of today until a new government or transitional body takes over is practically a no man’s land.

International partners have not succeeded to bring sense to the chaos until now despite frenetic efforts to bring stakeholders together. Talks they held with Farmajo, the House Speakers and other key stakeholders since yesterday apparently failed to bear fruit as intended.

Political observers are, not for the first time, calling for an interim trusteeship under either the African Union or the United Nations to lead the country on to a solid ground.

In contrast, the Republic of Somaliland, to the north, has built a bottom-up model democracy from the ashes of war and persecution it suffered. It declared a withdrawal from an ill-fated, legally unconsummated 1960 merger with Somalia in 1991 after driving the military dictatorship from its lands.

Since then nearly a dozen 1Person-1Vote poll exercises including a constitutional referendum, the election of municipal councils, parliament and three presidents have been conducted.

An election of new municipal councils and a parliament is scheduled for 31 May 2021 the bulk of which cost – of not all – is underwritten by the government.

And, yet, the contrast continues to elude the international community which has yet to recognize a country that stayed out of a horrible union than it stayed in. 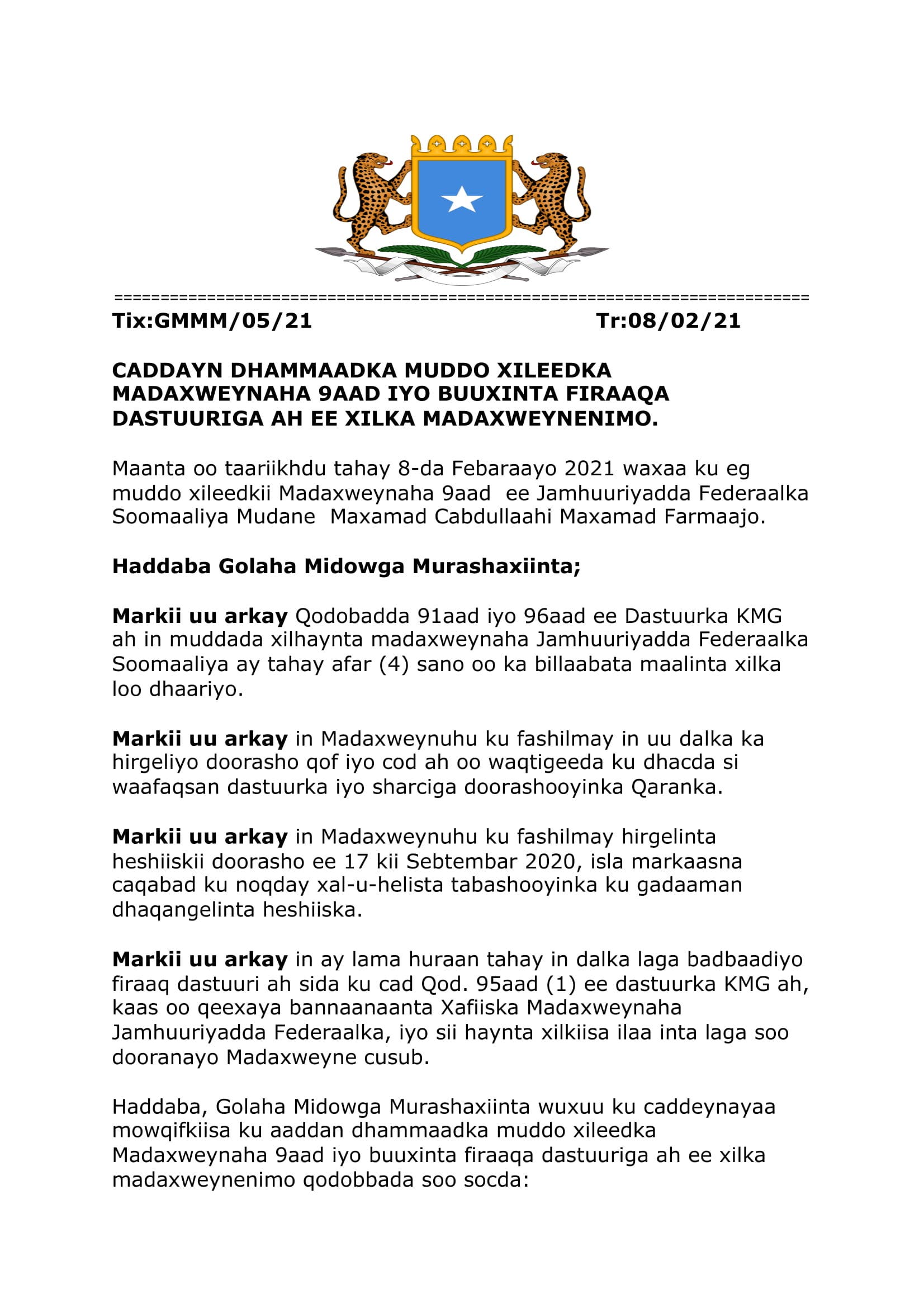 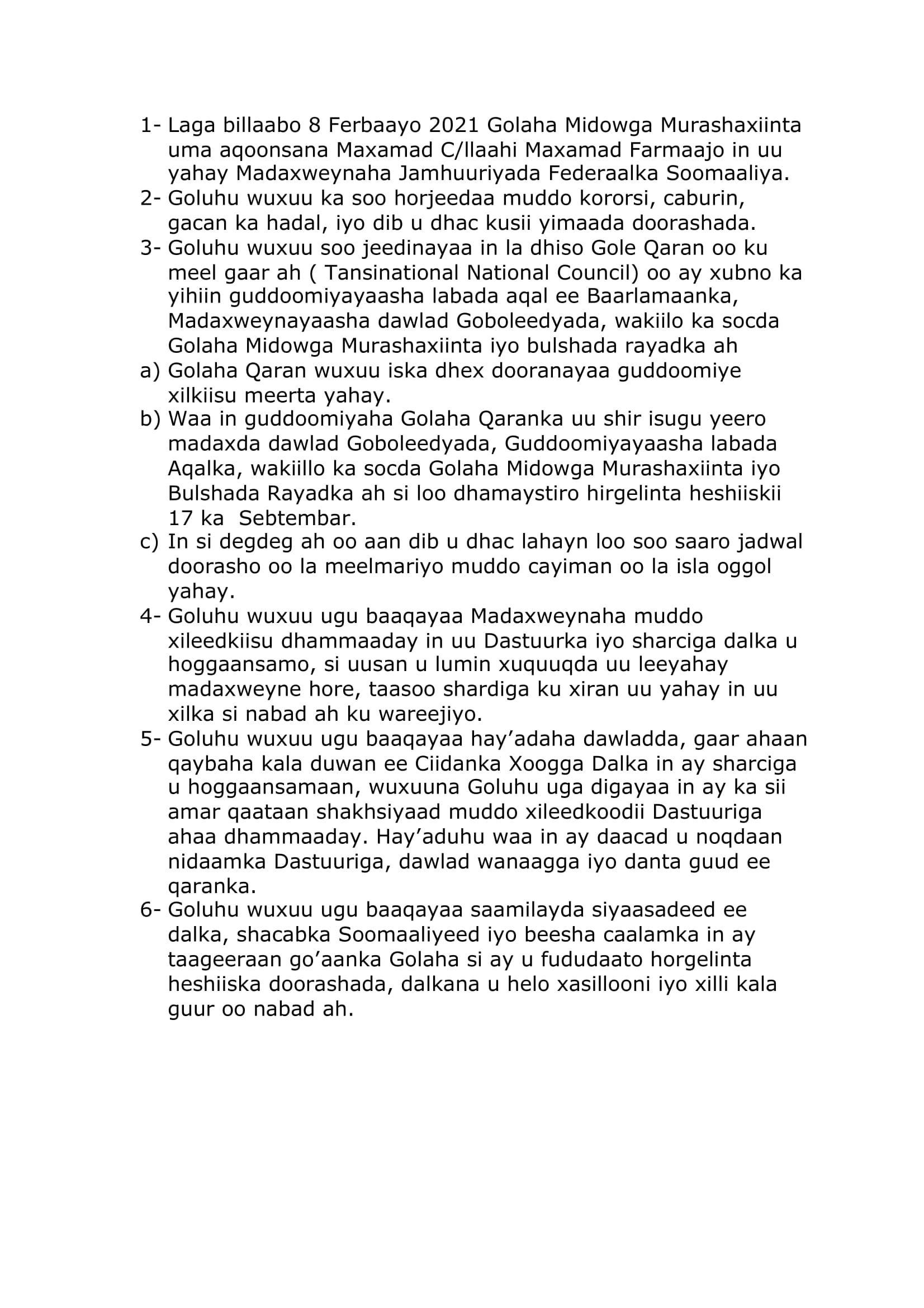