The National Electoral Commission (NEC) of the Republic of Somaliland set a date which replacement of voter cards lost and change of poll districts for applying voters will commence.

Abdirashid Mohamoud Ali ‘Riyoraa’, Chief Commissioner of NEC, flanked by a full roster of other commissioners, announced, Thursday, that since the last registration made in 2016, many voters may have lost their cards or changed domiciles.He stated that the exercise will begin on 15 February throughout the nation.

“In anticipation of the twinned, municipal and parliamentary elections scheduled for May 31, NEC has made arrangements for replacement of cards lost by providing certificates to applicants in this regard. We also acknowledge that some of the registered voters have changed domiciles and need to, accordingly, vote at current places of residence or work. We will accommodate that, too,” Commissioner Abdirashid said.

The Commissioner made it clear that for the latter exercise, voters changing from one poll district to another will be eligible. Changing stations within the same poll district will not be considered.

NEC, in what seems to be an unintended repudiation of President Bihi’s assertion that the government was going to solely bankroll the slated May elections, went out of its way to profusely and effusively highlight how international partners were very much part of the scheduled elections, and how their support had been instrumental in the recently-concluded voter registration activity as well as the upcoming municipal and parliamentary elections.

“In tandem with technological support, financial and technical assistance on the ground have both been generously provided by the international community and this is evidenced most recently by the basket fund of the EU, Sweden and the UK,” a statement NEC released Wednesday stated.

The statement went on to confirm that funds which the IC had pledged to the elections had partially reached the Commission with more pipeline and to arrive in due time.

NEC also thanked international partners for their support of the Somaliland democratization process in the past.

“Such examples, thereby, underpin the international community’s longstanding support and commitment to coordinated efforts towards democratization in Somaliland,” the statement said.

The NEC statement is a strong refutation of the President’s claim and the underlying tone which implied that international partners were not ready to support the upcoming elections.

Whilst the President’s statement was widely welcomed by the public, it, at the same time, took everyone by surprise.

The President firmly and emphatically announced that his government was underwriting all costs to be incurred in connection with the slated elections. 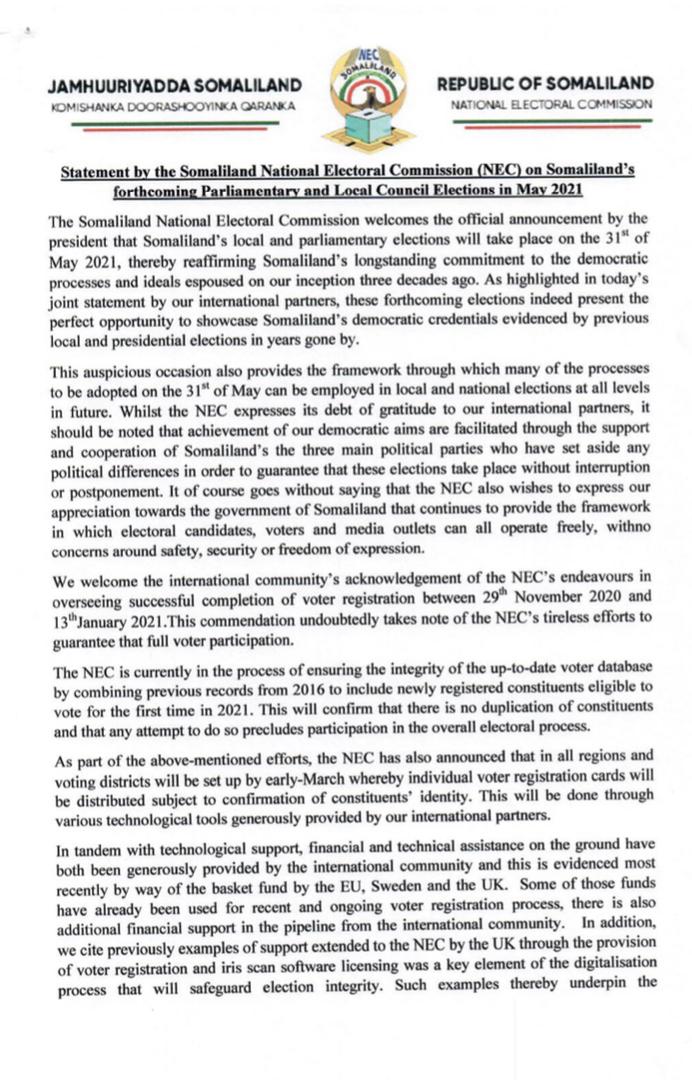 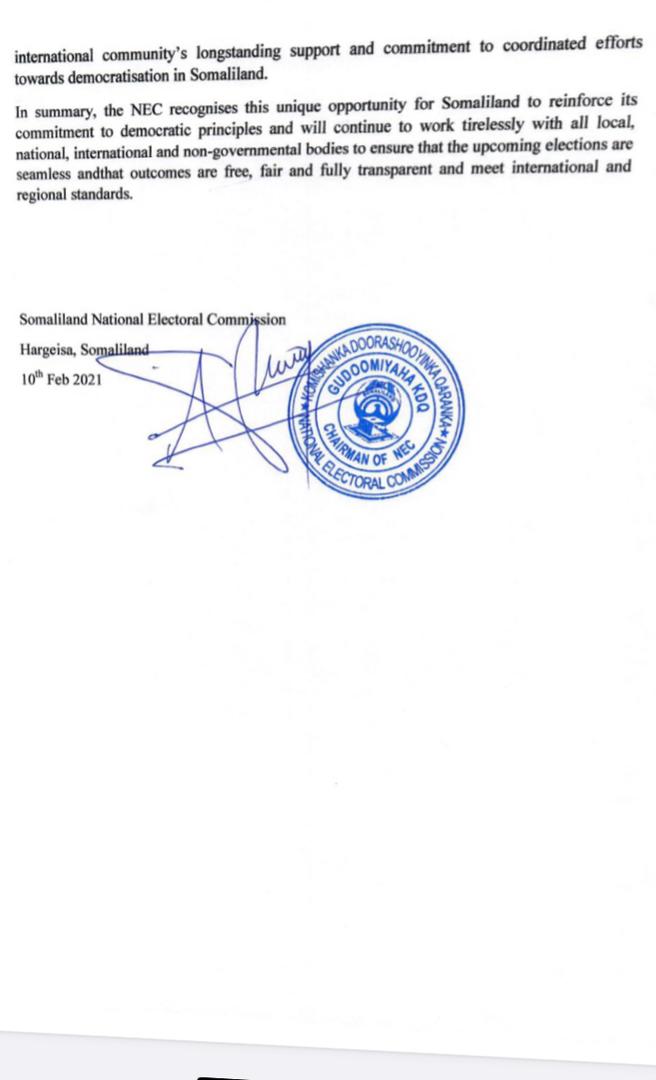