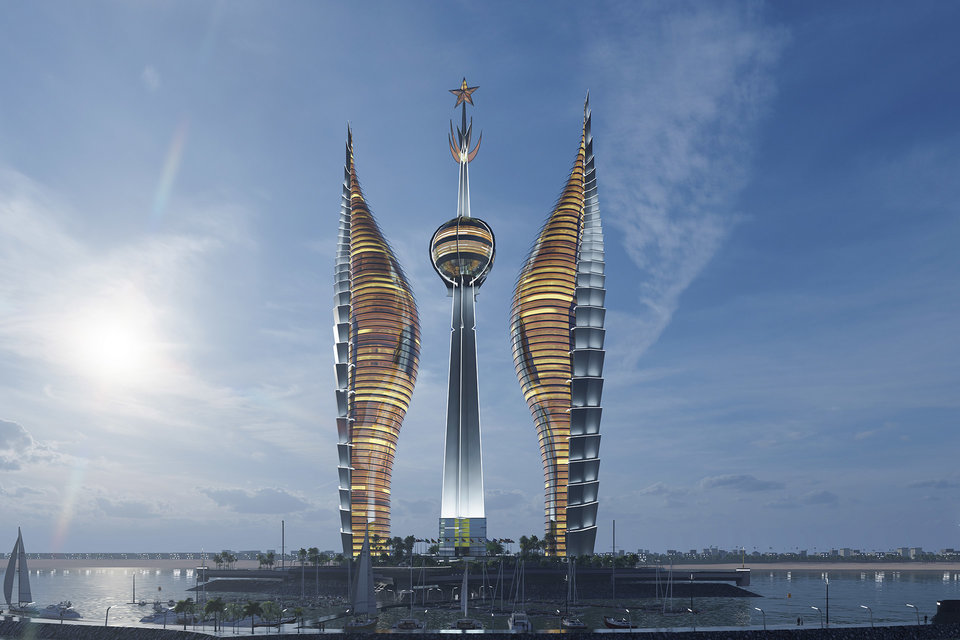 Once completed, the Djibouti Towers will be the tallest complex of skyscrapers in Africa.

The 43-story building is comprised of three volumes, each one honoring the national symbols of the country. At the center, a slim tower is meant to resemble a spear and features a shield and star, as well as a rotating ball that symbolizes the union of all people, races, and cultures of Africa.

A pair of identical structures referencing traditional Djibouti daggers flank the spear and are adorned with elements from a Laurel wreath — a symbol of the peace granted to the people of Djibouti after independence on June 27, 1977.

The towers are expected to become a high-rise cultural and business center, hosting boutiques, restaurants, cinemas, a hotel, and concert and exhibition halls. 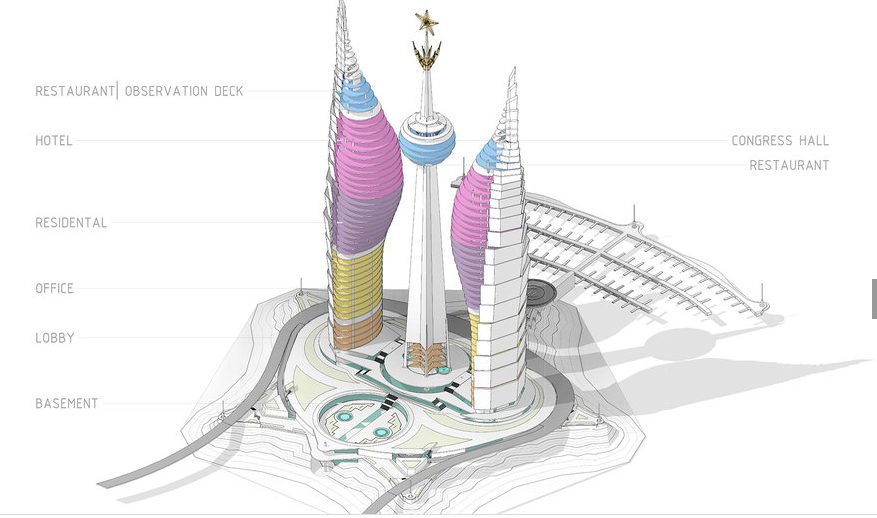