His Excellency the President of the Republic of Somaliland, Musa Bihi Abdi, stated that he will be the first to take the Oxford AstraZeneca vaccine once the Somaliland Ministry of Health Development rolls out the vaccines on Saturday.

“I will be the first to inoculate himself against the surging coronavirus pandemic which underwent through several strains and permutations since its emergence in 2019,” he said.

The President said he was convinced that the vaccine was a lifesaver and a must on people of his age and office.

The President, obviously, responding to concerns over world qualms over the vaccine’s side effects which included blood clotting on some patients, said the inoculation was not compulsory but a necessity against the onslaught of the deadly virus.

“Allah has spared us Africans to a larger extent,” he said, “but that doesn’t mean we should let go of all precautions”.

President Bihi emphasized how important it was that all preventive measures be strictly followed and how, ahead of anticipated new measures from the Somaliland Ministry of Health development, the public should observe social distancing, keep a strict personal, family and workplace code of measures restricting the contagion to spread.

“We should avoid all factors that help the pandemic to spread,” he said.

According to Somaliland MoHD figures, 24,267 people had been tested for the virus. Of these  2,174 tested positive, 1833 recovered and 88 succumbed to the illness.

Of 383 who had been tested on Tuesday, 66 proved positive. 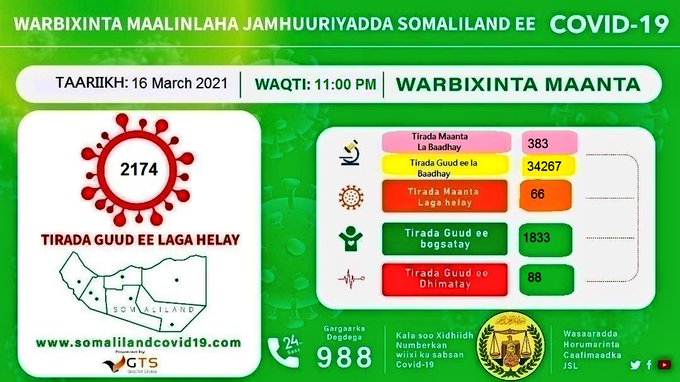 To hammer home a non-existent, unrealistic jurisdiction over Somaliland, Mogadishu released a table that showed how much the Benadir region and each of its five federal state members of Hirshabelle, Galmudg, Puntland, Southwest and Jubaland was allocated.

Villa Somalia placed Somaliland right in the middle of the list to reinforce its claims over the 30-year-old, more established, more democratic state over which it had no influence for as long. 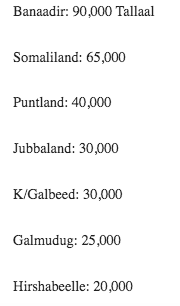 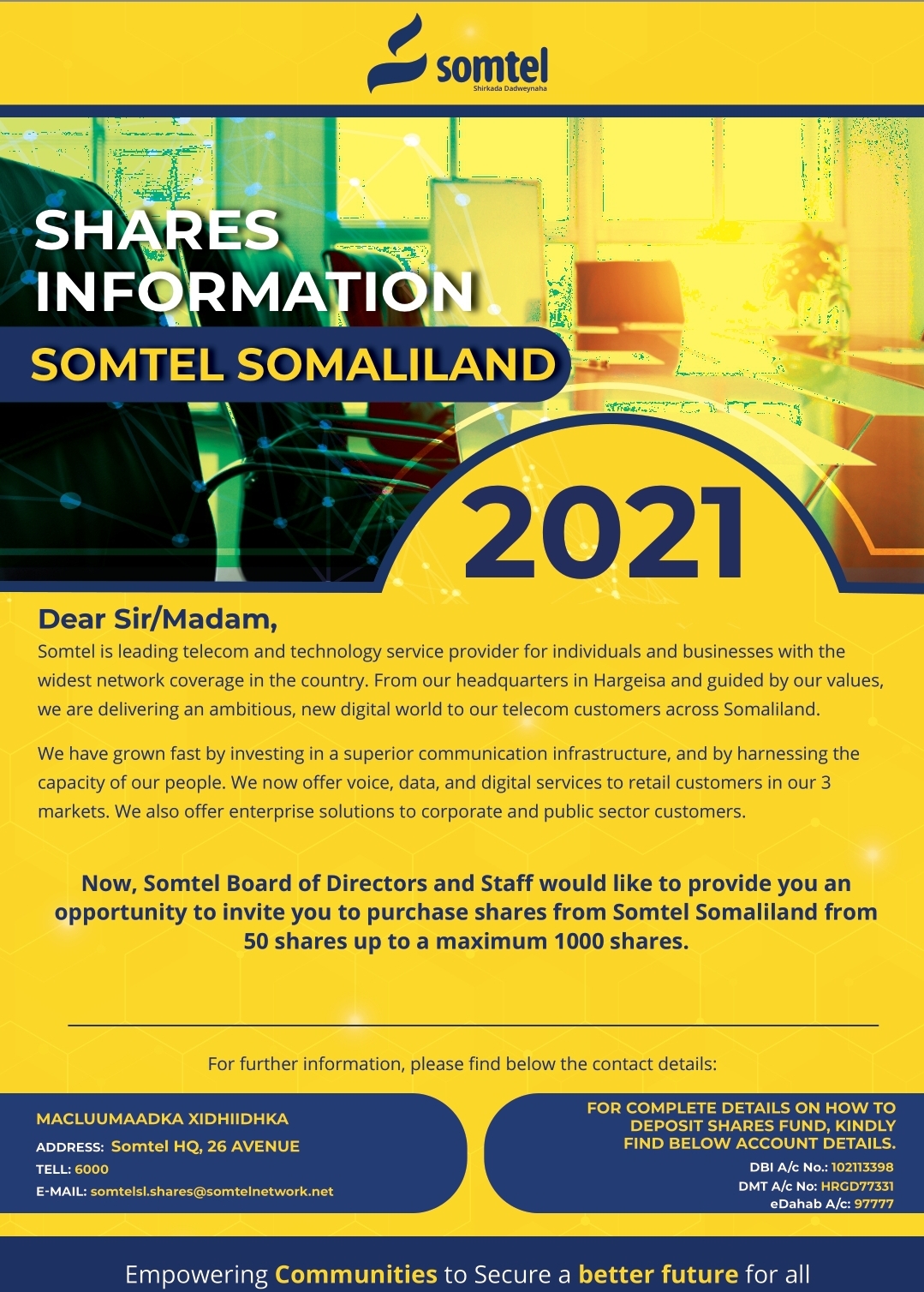 SOMTEL is part of the larger Dahabshiil Group of companies which include Dahabshiil Remittance, Dahabshiil Bank International, the East African Bank and many more.