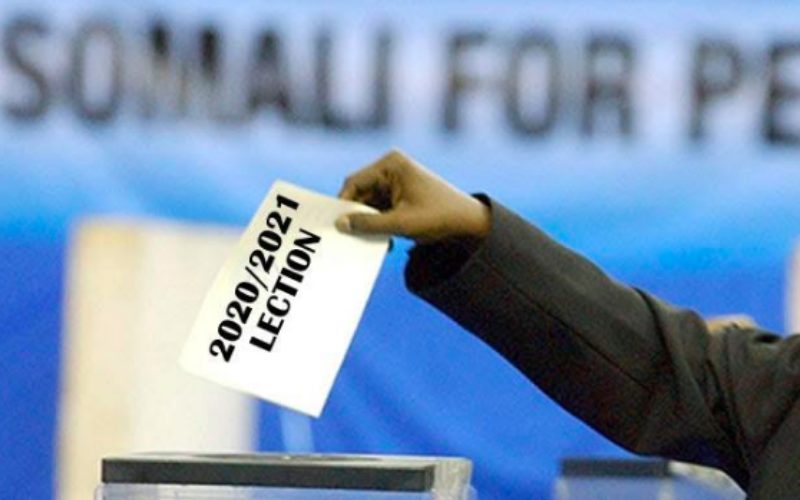 Somalia has found itself in a situation that is very familiar – an election impasse. Despite hopes of a smooth transition of power and a new election model being implemented, multiple challenges faced the election, which was scheduled for 8 February 2021. However, these challenges are not new, and one has to wonder how Somalia has found itself in this situation again. Regardless of the outcome of the election impasse, the impacts thereof will have long-lasting effects on Somalia’s democratic hopes.

Somalia’s presidential elections were scheduled to take place 8 February 2021, allowing for the nomination of a new president before the current president’s term ends. However, the vote never took place after a disagreement among the country’s leaders on how to hold the election. President Mohamed Abdullahi Mohamed, also known as Farmaajo, ended his term on 8th February 2021 with no elected successor, leaving a power vacuum. The situation is a familiar one, with the previous two presidents of Somalia having stayed in office beyond their constitutional terms. But how did Somalia end up here again and what does it mean for their fragile democracy?

Discussions surrounding the elections started in 2020, ahead of the original date in November 2020. In June 2020, the electoral commission of Somalia made the decision to delay the vote over “significant technical and security challenges”. The country has been plagued by violence from al-Shabab, who has for years carried out terrorist attacks across Somalia. The group is also known to increase activity around election periods. During talks on 7 February 2021, a roadside blast was arranged by the group near the venue where leaders were meeting to discuss the election. At least a dozen intelligence officers were killed in the attack. The group thrives off political instability and a situation where a president’s term has ended without a successor is a prime environment for the group.

The precarious electoral system of the federal state also added to these challenges. Clan elders vote for a 51-member electoral college – this college then votes for 275 members for the House of People. 54 members are voted into the upper house, according to the representation of the federal state. The two houses then vote for the president from a list of candidates vying for the job. Citizens do not have a direct vote and have not since 1969. The perplexing system was created in response to the decades of civil war that plagued the country, resulting in the federal state system. It was predicted that once the transitional government was internationally recognized in 2012 that the traditional system would end, however, it has remained the rule of law.

These issues are also accompanied by infighting between the federal states. Two of the federal member states – Puntland and Jubuland – operate as semi-autonomous regions while Somaliland functions as a de facto independent state, however, Somalia does not recognize Somaliland’s self-proclaimed independence. Despite their semi-autonomy, Puntland and Jubaland still vote and have to agree to the electoral process.

During discussions held in September 2020, a new electoral model was introduced for the country to try and ease some of these challenges. The model aimed to hold elections at two locations within every state versus four for security reasons, representatives would be selected through collaboration with civil society, traditional elders and the state government, representatives in the upper house were to be selected by state parliament and members of both levels of parliament from Somaliland would be selected at Mogadishu. The model also aimed at increasing female representation through a 30% quota in both houses of parliament. However, Puntland and Jubaland refused to sign. Pressure was applied to the two regions and on 28th January 2021, they agreed to the electoral process. This is also not the first time the two regions have disagreed during election talks, the same occurred during the previous two elections.

Despite the constitutional resolution, opposition leaders are not required to recognize the president once his term has ended. This is the current feeling in Somalia, with an alliance of opposition parties calling for a transitional government to be put in place, kicking President Mohamed out. Opposition leaders have stated they believe the president is an “existential danger to Somalia” and has disrupted the electoral process in order to keep himself in power.

Some opposition leaders believe the president has a dictatorial nature and will do anything to hang onto power. Puntland’s and Jubaland’s leaders have gone as far as to say the leader has been stoking nationalism, as a way to collapse the federal system – a dangerous path to go down in a country where a civil war lasted for decades, leading to it being declared a ‘failed state’.

Regardless of the outcome of this election impasse, it will nevertheless have a long-lasting effect on the democratic hopes of Somalians. The country had hoped for its first ever smooth transition of power, helping the fragile democracy in emerging slightly less fragile, but it has proven a difficult task. The recurring disputes by Puntland and Jubaland and the opposition in general further prove that progress has not been made since the last election and in the electoral process. In fact, parliament predicting another delay passed a resolution to avoid another constitutional crisis where the country had previously ended up with no legal president.

The lack of progress towards an inclusive election process and stable democracy certainly means Somalia will remain a ‘fragile democracy’ by international standards. The lack of certainty surrounding the country’s future remains, even if a positive outcome is achieved, as there is no guarantee that they will not experience this again.

Talya Parker holds a Master’s degree in Political Science from the University of Stellenbosch, South Africa and currently works as an Operations Associate for Ceravoid, a commercial intelligence and risk management firm based in Cape Town. Ms. Parker is passionate about Political Risk and Intelligence on the African continent and aims to offer an understanding of African risk from an African perspective.