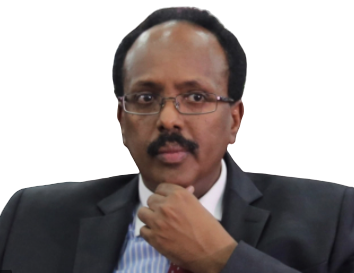 This round of consultative talks aimed at resolving the electoral deadlock in Somalia ended in Mogadishu Wednesday without any progress, a government official confirmed.

Somali Information Minister Osman Dubbe blamed leaders of Puntland and Jubbaland regional states for the failure of the new round of talks which was held in Mogadishu amid pressure from the international community for a consensus.

“The Federal government of Somalia is making clear to Somali people that the leaders of Somalia’s regional States Puntland and Jubbaland are not willing to hold elections in this country based on the Sept. 17th agreement and the Feb. 16th agreement,” Dubbe said in a televised news conference.

The minister said President Mohamed Farmajo agreed to engage the five leaders of the federal member states for a consultative meeting as part of the government’s effort to transition Somalia towards peaceful, inclusive, timely and transparent elections.

Sources said the two sides held agenda-setting talks but disagreed on important topics such as managing Jubbaland state’s elections, Somaliland and including presidential candidates in the consultative talks.

Jubbaland leader Ahmed Madobe has previously proposed restoration of his administration and that he should be allowed to appoint his own electoral committee to manage the election, especially in Garbaharey, the birthplace of President Farmajo.

Farmajo, however, has insisted his government will oversee the elections in Garbaharey which is one of the cities in Jubbaland state, a proposal Madode has rejected.

The closed-door, ice-breaking consultative meeting was expected to arrive at a way forward for the delayed elections, considered critical for the sake of entrenching the federal system of governance, which is required to appease communities and regions claiming systematic exclusion and marginalization for decades.

Failure to resolve the electoral impasse has plunged Somalia into a political crisis since President Farmajo’s term officially ended on Feb. 8 while the four-year term of parliament ended on Dec. 27, 2020.