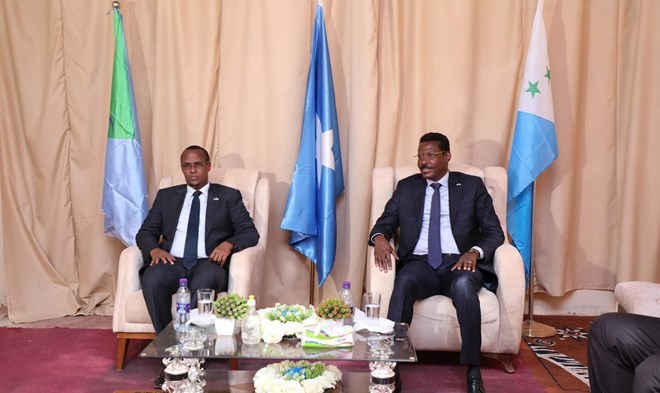 Galmudug and HirShabelle, two of three Federal Member States that have supported President Mohamed Farmaajo, have announced that they support the September 17 agreement and urged leaders to return to electoral talks immediately.

In a joint statement released on Tuesday, the two regional states rejected a term extension.

“We agreed that the country should hold elections as soon as possible and that any form of extension should be abolished,” a joint statement from the two states read in part.

“I welcome the press release from Hirshabelle and Galmudug. I call on other Puntland, Jubaland and Southwest states to support this initiative to hold free and fair elections.

“I am calling on stakeholders to support the election and condemn and any actions that would undermine the process.”

He went on to say that he is ready to usher in free and fair elections based on the September 17 agreement. 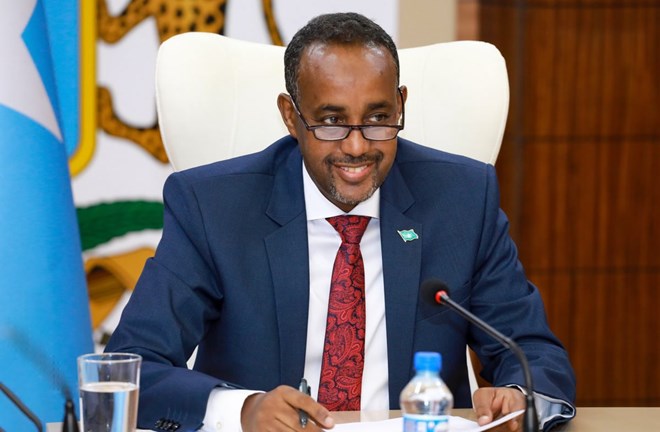 The Prime Minister also called rival factions who were engaged in clashes to return to their barracks.

He also called on the opposition to exercise restraint and refrain from confrontational actions.

Roble said he came to this decision after consultations with non-state actors.

“Jubaland State Government welcomes the decision by Galmudug and Hirshabelle States to reject the unconstitutional term extension by the Federal Government and support the September 17th electoral agreement.”

It was also well received by Somalia’s international partners, including the US, UK and EU.

The defection of the two regional administrations from the president’s camp and endorsement from the Prime Minister now leaves Farmaajo with minimal options as the city faces a heightened state of instability. 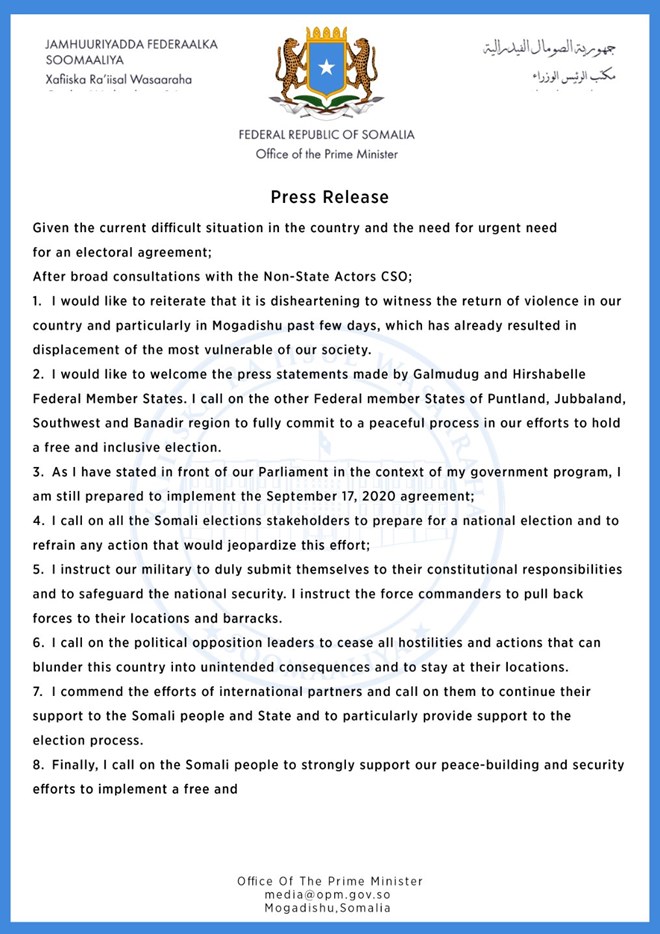