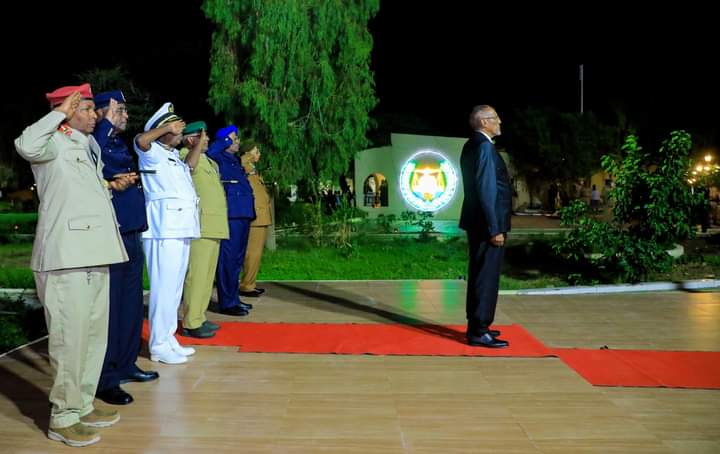 At an occasion held at the Presidential Palace of the Republic of Somaliland marking the 61st anniversary of the country’s independence from Great Britain on 26 June 1960, President Musa Bihi Abdi called Mogadishu’s celebration of the day an inexcusable affront and a naked aggression against the integrity and sovereignty of the Somaliland nation.

On 26 June 1960, the day the former British Protectorate became independent, Somalia was still under a UN Trusteeship administered by its former colonial master, Italy.

“I can’t recall a worse affront or a more serious aggression than Mogadishu claiming tonight that it is celebrating the independence of northern regions that it presently governed,” President said.

For the past thirty years, the President pointed out, Somaliland held 7 elections (not including the 2001 referendum), and three presidents, 2 parliaments, and 3 locals councils changed places democratically.

“While we have been doing that and building our own state apparati, Somalia missed the right path. It did not concede the fact that Somaliland reverted to its 1960 status and that they should do so, too. They did not rebuild collapsed government systems. Instead, it missed the track by a long mile descending to tribal-based enclaves and adopting a contentious political map that caused more rift and disunity among its people than it sought to remedy,” he said.

“Somalia is still holding around US$60 million that the World Bank mistakenly channeled through it that was destined for Somaliland after it claimed it had a right to pass it down to us. We have rejected that arrangement as unworkable and misinformed. Somalia has no jurisdiction over Somaliland and neither will it ever have,” President Bihi stated.

He said all international bodies and foreign countries should address Somaliland directly if they had anything country-specific to convey or deliver.

“It was only yesterday (March 2018) that federal Somalia left no stone unturned to stop the concession we granted the UAE’s DP World to develop Berbera port out of spite and to cripple Somaliland development and economy,” he said.

President Bihi wondered how the leaders of Somalia could reconcile the constant political, military, media, diplomatic and economic assault it trained Somaliland and its unity and development and the so-called celebration of the anniversary of its independence; or the fact that it was admitting Somaliland got independent on 26 June 1960 and it, still, belonged to Somalia.

Other speakers among whom were the Speakers of the bicameral parliament, Suleiman Mohamoud Adan, and Bashe Mohamed Farah, respectively, all vowed that never would Somaliland re-unite with Somalia or expose its people to persecution and domination they suffered in the hands of Somalia, ruthless leaders from 1960 to 1990.

As if to bear President Bihi witness, President Farmajo of Somalia, speaking at the Mogadishu occasion said there was a re-union movement that they supported (funded).

“A welcome societal revolution and a political movement spearheaded by youth some of whom came from northern Somalia (meaning Somaliland) are here with us tonight actively campaigning for a reunion,” he said.

“I hope to God that the north and Somalia come together again. They cannot go anywhere and we cannot,” he said.

But, despite the crocodile tears, he could not even get the date or what happened then right.

Placards and banners his government donned Mogadishu streets put 26 June as the day the two Somali states united. In fact, that was after 5 days when Somaliland gained independence and the recognition of over 35 countries. June 26 belonged to Somaliland and Somalia was not in the picture at all.

In fact, there are offices in Mogadishu that Somalia funds which openly declare war on Somaliland restoration of its 1960 sovereignty. The Prime Minister’s office runs the operational side of these offices sending clandestine forays into Somaliland: paying traditional leaders, funding youth sabotage programs, communicating with international fora to obfuscate the Somaliland issue, re-writing history to suit the Somalia view, and so on.

In places inside the republic of Somaliland, those offices funded youth groups yesterday and today to don the Somalia blue flag in order to project anon-existent Somalia presence in Somaliland.

Most of these youth were rounded up and put behind bars by Somaliland security forces. 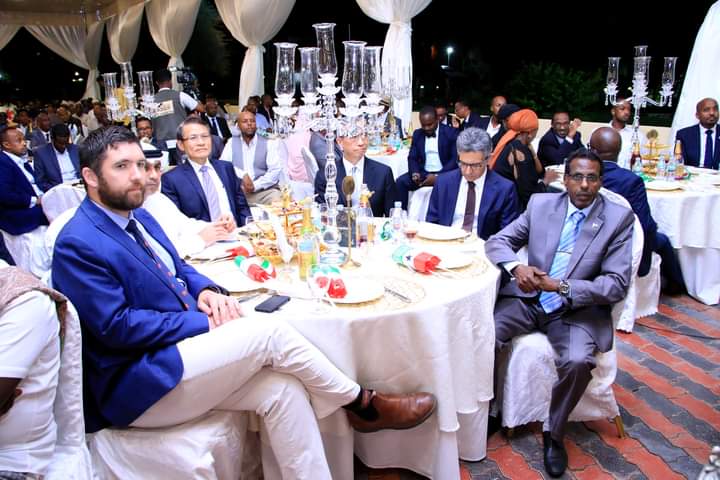 The anniversary celebration of last evening was attended, besides the Somaliland top brass, by delegates from Kenya, Guinea Bissau, Ethiopia, UAE, and heads of missions of foreign missions including the United Kingdom, Taiwan, Djibouti, Ethiopia, and Turkey as well as representatives of international agencies.

The event was equally celebrated by Somalilanders in the Diaspora.

Of 18 countries that gained independence in 1960, Somaliland (Great Britain) was a co-fourth with Madagascar (France). Somalia (Italy) trailed behind hoisting an independent flag on 1st July with Congo Kinshasa (Belgium) coming in between becoming independent on 30th June.