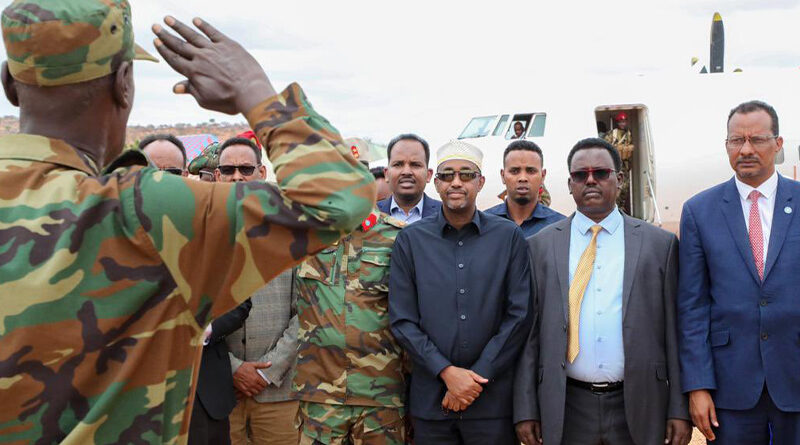 Somalia’s spy chief Fahad Yasin is “meddling” in the electoral process in Gedo region at the behest of the current acting president Mohamed Abdullahi Farmajo as the prime minister Mohamed Hussein Roble exerts efforts in defusing local tensions, a former member of parliament said on Saturday.

Former Somali MP Abdullahi Abdulle Magan (Bood) told a press conference in the capital Mogadishu that the spy chief arrested traditional leaders and is carrying out a campaign aimed at “hijacking” the process in which 17 MPs from the region are designed to be chosen.

Candidates who were running for the position of district commissioner of Garbaharey, one of two election constituencies in Jubaland regional state, had been barred from attending flights from Adan Adde airport in the capital Mogadishu on Saturday, he added.

Garbaharey has been at the epicenter of a long-running dispute between Jubaland authorities and the government of Somali president Mohamed Abdullahi Farmajo, though the country’s leaders announced in May that the stalemate would be brought to an end.

Three planes carrying pro-government traditional leaders, who had stayed at a five-star hotel in the capital, landed at an airstrip in Garbaharey on Saturday.

Deputy chief of the Somali national intelligence agency Abdullahi Kulane has been in the town over the past days, in what critics of president Farmajo say is part of efforts aimed to derail the electoral process and ensure that his allies win federal parliament seats allocated for Gedo region.