Home Economy/Business Reviving the Port of Berbera: Why India and the UAE Can Become... 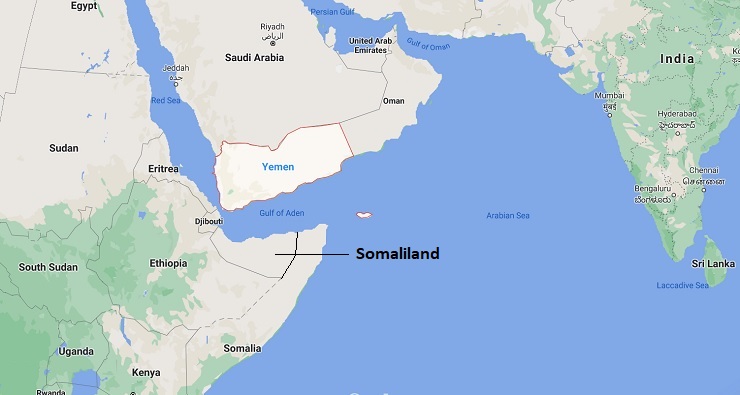 Last month, on June 24, a new container terminal was inaugurated at the port of Berbera in the self-governing territory of Somaliland. The port of Berbera is located along the southern coast of the Gulf of Aden and is being developed by DP World; a company backed by the United Arab Emirates (UAE).

Underscoring the strategic significance of the modern port in the region, the inaugural ceremony was attended by a high-level delegation from neighbouring Ethiopia, President of Somaliland and CEO and Group Chairman of DP World. The event also included a ground-breaking ceremony of Berbera Economic Zone. The completion of phase one of the port’s modernisation is a symbol of the strategic convergence between the UAE, Ethiopia and Somaliland.

The new container terminal has more than tripled the overall capacity of the port and can handle the largest container ships which are in operation today. DP World has committed to invest up to $ 442 million in the three-phase port modernisation programme and will also operate the facility  for the next three decades. The opening of a modern port, backed by an important Gulf power, is significant not only for its anticipated economic benefits but also has major geopolitical implications.

In the last few years, Persian Gulf powers like UAE, Saudi Arabia and Qatar have been engaged in expanding their influence in the Horn of Africa and are busy opening commercial and military facilities in the Red Sea region. Major global powers like the United States (US), Japan, China and France have established military bases in Djibouti. Reportedly, India had also demonstrated interest in opening the base at Djibouti and Russia has recently announced that it will establish a military base in Sudan.

Of these, China is the most active power and is boosting up its military presence in the region by regular deployments of PLA Navy warships. It is engaged in developing major infrastructure projects such as ports and railways in Djibouti, Ethiopia and Kenya. As a result of these activities, the littoral and continental space from Sudan in the north to Kenya in the south has become a focal point of strategic rivalries between regional as well as global powers.

The port of Berbera and Somaliland’s geopolitical location at the crossroads of West Asia, Horn of Africa and Indian Ocean is likely to assume increasing strategic importance as the Indo-Pacific rivalries sharpen. Historically, the strategic location of the port near the straits of the Bab-el-Mandeb, which is a key maritime choke point for international trade and global energy security, has attracted foreign powers. For example, during the Cold War, Soviet Russia had maintained a major base at Berbera. In the last few years, UAE has established a firm foothold at Berbera.

Interests of UAE, Ethiopia and Somaliland converge at Berbera. UAE is the primary strategic partner for Somaliland and has provided security guarantees to the self-governing territory. Earlier, UAE’s DP World was operating the port of Doraleh in Djibouti. However, as relations deteriorated between UAE and Djibouti, DP World was ousted from the project and a Chinese company was brought in. Meanwhile, as UAE and Djibouti are still locked in a legal battle over the port of Doraleh, China has consolidated its presence in Djibouti.

For UAE, developing the port of Berbera and building strategic partnership with Somaliland serves two inter-related objectives: challenge the pre-eminence of the port facilities at Djibouti for the shipping enroute to the Suez Canal and expand its influence in the Horn of Africa. DP World aspires to develop Berbera as a trans-shipment hub for the region. Through its entrenched presence in Somaliland and in Southern Yemen, UAE is in an enviable geopolitical position: it can monitor the strategically important Gulf of Aden closely and shape the strategic affairs of the region.

Ethiopia, world’s largest land-locked state in terms of population, depends on Djibouti for 95 percent of its foreign trade. It seeks to diversify its access routes to the sea and has stakes in developing the port and other connecting infrastructure at Berbera. There are plans to develop the Berbera corridor and link up with a modern highway in southern Ethiopia. It will help to boost economic development of the eastern and southern Ethiopia.

On its part, Somaliland recognizes that the modern port at Berbera along with political stability will strengthen its economic attractiveness. The increasing volume of shipping, maritime, air and land connectivity facilitated by UAE and Ethiopia, and consequently, growing strategic importance of Berbera would also open up possibilities for diplomatic contacts and eventual recognition.

Gulf of Aden is an integral part of India’s maritime neighbourhood and sharpening rivalries between major powers underscore the need for increasing India’s strategic presence in the region. India has recently opened its embassy in Djibouti and has been steadily expanding its engagement with the Horn of Africa. India manages its relations with Somalia through its mission in Kenya.

Officially, there is no contact between India and Somaliland. Given the importance of Somaliland’s geopolitical location, establishment of a trade mission or some sort of unofficial contacts would prove beneficial. Indian navy is regularly deploying its warships in the region for providing food and medical assistance as well as for anti-piracy patrols. A foothold in Somaliland would expand India’s presence and prove useful in monitoring Chinese activities in the region.

In the last few years, India has emerged as a close strategic partner for UAE and the friendship could perhaps be leveraged to open channels of communication with Somaliland.  Compared with the unstable politics and prevailing insecurity in Somalia, democratic Somaliland is stable and secure. Therefore, India could recraft its policy towards the region to better reflect the recognition of Somaliland’s political, economic and strategic significance.

(Sankalp Gurjar is a Research Fellow with the Indian Council of World Affairs, New Delhi. Views are personal.)