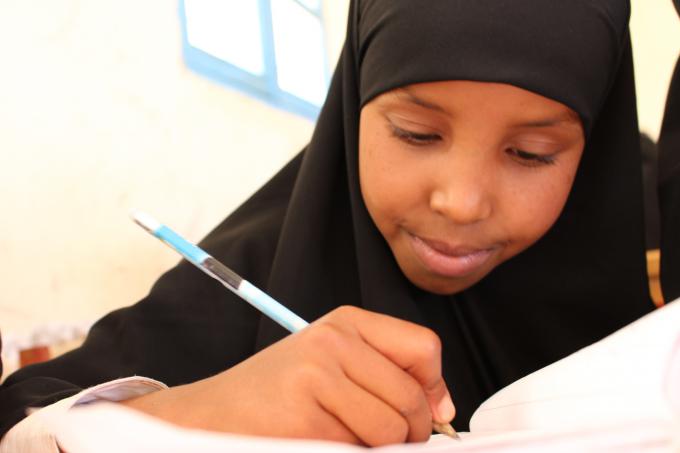 The Somalis are the indigenous people to the horn of Africa (Eastern Africa). They have no Arab lineage or origin. Neither do they speak Arabic; what they speak is the Cushitic language called Somali.

In this article, we’ll take you through the history of the Somali people and their culture and show you some tourist destinations you can’t afford to miss on your next visit to Somalia.

So, if you’ve ever wondered if Somalians are Arabs or Africans, there’s your answer there.

The Somali culture is different from Arabian cultures; it is related to other northeast African or Cuhistic cultures.

Somalis are very diligent, which is why they are scattered all over different African countries working hard to earn a decent living.

History Of The Somali People

In 1200 A.D., Somalis came to southern Ethiopia, and after 150 years, they moved into Kenya. From Kenya, they moved and occupied the eastern African region.

Many centuries ago, parts of the eastern African region were ruled by Egyptians. By the 10th century, almost all Somalis had converted to Islam.

The Arabs moved their interests near the coast of Somalia, across the Indian ocean. In the 13th century, Mogadishu became the center of prosperous trade routes on the East African coast.

Furthermore, in the 18th century, Somalis became the leading Ethnic group in the eastern African region. This was when France came over and took over from the Egyptians.

France ruled the Somali people until 1973.

You can find the Somali people in Somaliland, Somalia, and Djibouti. Over 60 percent of Djibouti’s population are Somalis. Also, you can find them in the Ogaden region of Ethiopia and north-western Kenya.

Most Somalis are members of Gadabuursi or Issa clan. They can recognize themselves by referring to the other’s family or clan, and they don’t need to have a surname or a family name.

The Somalis people share one faith which is Islam of the Sunni division.

Though Somalia, Somaliland, and Djibouti all have seashores, the Somali people are nomadic people and herdsmen by nature. They are always on the move, searching for resources.

They live in mobile huts that can be transported on camels whenever they have to move. For many Somalis, camels symbolize wealth, a source of meat and milk to the nomadic Somalis.

In Somalia culture, one’s social status can be determined by the number of camels they have.

Somalis are the only ethnic group in Africa that speaks one common language, the Eastern Cushitic dialect, which was previously called Hamito-Semitic.

For occasions like religious holidays, weddings, birthdays, and others, the Somalis people usually gather with their family to make tea and coffee, bake bread, slaughter goat and sheep and celebrate in the way of Islam.

They are very charitable as they love to give food to the less privileged and invite neighbors to join in the festivities.

Is Somalia A Rich Or Developing Country?

Somalia is among the poorest countries worldwide; its poverty ratio is 73 percent. Seventy percent of Somalia’s population is under 30 years old, and the life expectancy is 57 years.

After the civil war and the prolonged conflict, Somalia became one of the poorest nations on Earth. The downfall of the Somali democratic republic in 1991 also contributed to the suffering and division within the country.

Thousands of Somalis lost their lives in the conflict, while others had to flee their homes to survive. Presently, the poverty ratio in Somalia is 73 percent, many people are just struggling to make ends meet.

Mortality Rate And Poverty In Somalia

There’s a high mortality rate in Somalia because of poverty. Like we established, 70 percent of Somalia’s population is under 30 years old, and the life expectancy is 57 years.

This low life expectance is caused by several poverty-related reasons like no access to proper healthcare, poor infrastructure, and sanitation issues.

The civil war that occurred in Somalia destroyed many infrastructures that the people are yet to rebuild. Basic amenities like clean water, electricity and other utilities are what many Somalis are lacking.

The Somali people are forced to pay through their nose for whatever they may want by selling what they have, working so hard, or using the trade by barter system.

There are little to no jobs for the Somali people, and neither is there any health insurance to cover the many Somalis who can’t afford healthcare.

Away from the doom and gloom affecting the Somali people, let’s look at the many tourist attractions sites in Somalia.

Here Are The Tourist Destinations In Somalia That You Should See

In recent years, Somalia has become one of the most attractive tourist destinations in Africa. There are many interesting places in Somalia, and they include the following;

The City Of Mogadishu

The ancient city of Mogadishu dates back to the 10th century. It has several medieval Islamic buildings like tombs and mosques.

Though many of these structures endured a rough time during the war, they still represent Somali history, which attracted tourists to see them.

Also, in Mogadishu, you’ll find the National Museum of Somalis. The museum has several local artworks and artifacts that tell more about the rich cultural history of the Somali people.

Furthermore, the city of Mogadishu is close to the sea, and by virtue of that, there are several incredible beaches where you can go and relax.

The Cave Art Of Laas Geel

This could easily be the most attractive tourist destination in the country. It is located around Hargeisa, Somalia.

Here, you’ll find series of caves that have remarkable rock paintings of animals and people. The early inhabitants made these artworks of Somalia.

According to historians, these artworks are from as far back as 9000BC. Tourists who love and appreciate artworks can’t afford not to visit the cave art of Laas Geel in Somalia.

The City Of Hargeisa

Aside from hosting the cave art of laas Geel, Hargeisa is also home to the famous provincial museum. The museum was built in 1972. Ever since it has preserved the cultural history of Somalia.

Presently, the Hargeisa provincial museum preserves 1400 art and cultural artifacts, which has made it a very attractive tourist destination center in Somalia.

The Hargeisa museum is a fantastic museum that displays the cultural history and growth of the Somali people and the residents of Somaliland.

If you want to know about the history of the Somali people, the Hargeisa museum is where all the answers lie.

The sea beaches of Berbera

As you’re touring the city of Hargeisa, don’t forget to visit the virgin beaches in Berbera. The beaches are covered in golden sands, with a lovely blue-green sea.

If you get bored from looking at artifacts, and historic buildings, get down to the beaches in Berbera to scuba dive and enjoy snorkeling.

There are many wildlife reservations in Somalia and among them is the Kismayo National park located in the southwestern part of Somalia.

This is the best destination for tourists who wish to visit a game reserve before leaving Somalia. The Kismayo park is widely known for housing many wild animals that will give you goosebumps all over your body once you see them.

The Shanghai old city is one of the widely known tourist destination centers in Somalia. It is situated in the center of Mogadishu. It is a great landmark for the Somali people.

This is a very beautiful part of Mogadishu that you should visit whenever you tour Somalia.

The prehistoric settlement of Iskushuban, located in Puntland, is one of the major tourist destination centers in Somalia, with beautiful crenulated structures from centuries ago.

It is believed that in the past, Iskushuban was the power base of the Majeerteenia Sultinate, who ruled the eastern African region between the 19th and 20th centuries.

Asides from the historic nature of Iskushuban, many people are attracted to this place because of the waterfalls.

During the season, water gushes out from the walls, and the Iskushuban is reported to be the second-largest waterfall in Somalia.

If you love to see waterfalls, you’ll love lamadaya. This is the only place with a waterfall as its only attraction for the general public to enjoy.

The Lamadaya waterfall is the largest in Somalia. It is situated in the Cal Madow mountains in eastern Somaliland.

It offers breathtaking views as its natural wonders will get you excited.

The shimbiris mountain also called mount surud Cad, is the tallest in Somalia, at 8,070 feet above sea level.

Yes, Somalis are not Arabs but Africans. They may look different, but they are certainly Africans, and they are very hardworking.