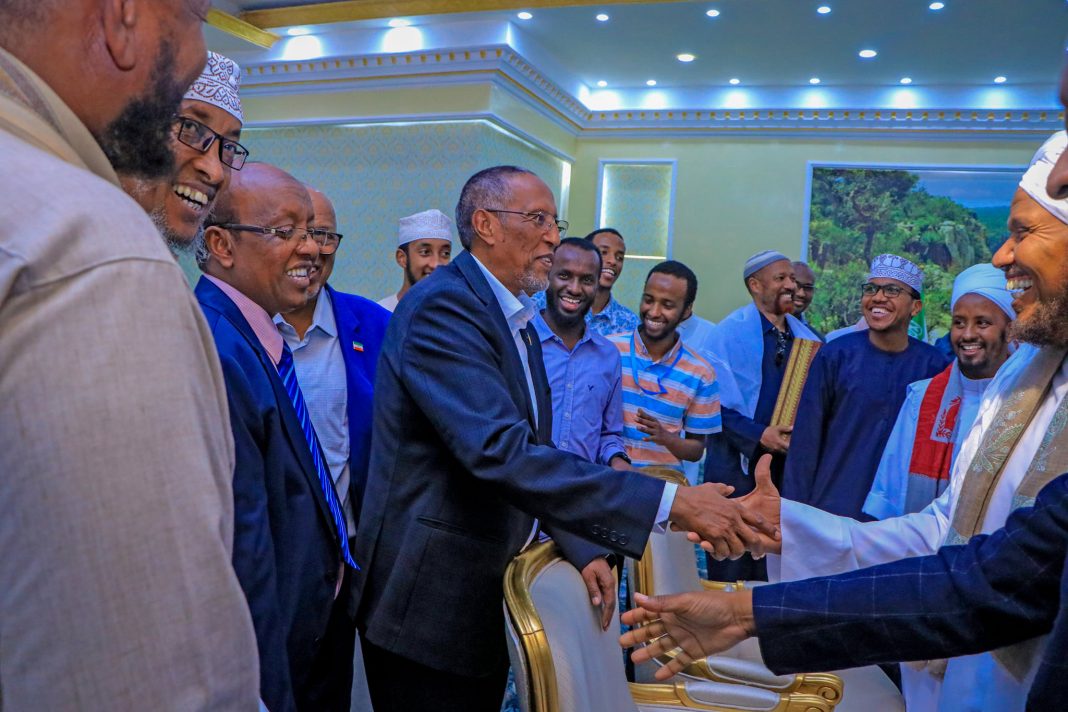 His Excellency the President of the Republic of Somaliland, Musa Bihi Abdi, received, Monday, leaders of the 3rd Ansaru Sunnah International Conference concluded in Hargeisa on Sunday.

President Bihi expressed that he, on behalf of the nation he led, was thrilled that an Islamic conference of this magnitude, led by some of the greatest names in the Islamic world, found a benevolent host in Hargeisa.

“We are grateful to you all and the organizers of this conference for bringing us this blessed event. In fact, I cannot hope to express that so many influential,  great names in the present-day Muslim world have found in us a gracious hosting,” the President said.

President Bihi, in his welcoming address, asked the clerics to invoke Dua for Somali-speaking peoples everywhere on two things.

“I ask you to say Dua – a supplication prayer to Allah – for Somali people everywhere in the world, and, especially, in Somali-inhabited areas to lift grounds for conflict and penury from them,” he said.

President Bihi stated that Somalis’ development at every level is crippled by conflict and unnecessary, baseless hostilities.

Likewise, he pointed out, indigence and poverty saddled them dwarfing all efforts to upgrade living standards, health, education, infrastructure, and all facets of life necessary for a healthy, thriving, triumphant society.

“If better managed, the yearly alms obligated by Allah on the ‘haves’ are enough to lift whole sections of the society from abject penury and debilitating poverty,” he said.

On their part, the scholars articulated how impressed they were with Somaliland and the city that hosted the first Ansaru Sunnah conference held outside of Kenya.

“We are at home, with our people, in our homeland,” Ex-General Sheikh Abdirizak said.

Sheikh Abdirizak continued to point out that in nowhere outside of Kuwait was ever held a readers’ competition on the ten Koranic readings except Hargeisa, Somaliland. He said this fact was one of the factors that decided the resolution to hold the conference in Hargeisa of Somaliland.

Sheikh Abdirashid emphasized that inherent in raising palms in sincere supplication to Allah, together, was a certain possibility of affirmative response.

“That so many Muslims pray together to Allah on cares and complaints perceived in life and calling out Amen in unison is a unique, exhilarating, humbling sight to behold alone,” he said.

The Sheikh went on to illustrate how living the Islamic life in its truest form, promoting peace, furthering co-living, shaping up a society living within the teachings of the creator was, indeed, a blessing over which none other was preferable.

“Not playing up to anyone or anything, I can truly say we are so taken, so greatly impressed by the peace and order prevalent in Somaliland,” he said.

“I can confidently say what we have seen here is rarely seen anywhere else in the world,” Sheikh Suffi added.

The Sheikh recalled a story where he and other Bahraini Sheikhs on an earlier visit were so surprised to witness unguarded masses of local and foreign currency and gold and other jewels in the centre of the city at an hour that patrons had either gone for lunch, a siesta or prayers, respectively.

All scholars who spoke at the reception, among them Sheikh Khalil, Minister for Endowments and Religious Affairs, Sheikh Almis and Sheikh Mustafa, stressed the pivotal role faith played in distinguishing man from beast and how upholding the last message of Allah to mankind in Islam epitomized ultimate supplication to Allah.

The four-day conference, organized by the Ansaru Sunnah Trust of Kenya, opened on Thursday and was concluded on Sunday evening with over 10 000 people participating and listening to the panels. When the overpacked 5000-capacity hall of Maansoor Hotel could not hold even another standing participant, an equal number if not more spread mats on the outside grounds up to the hotel’s soccer pitch oblivious of the sun, the rain and the cold.

Delegates came from all over the world and from all Somali-inhabited areas, including the neighbouring Somali state of Ethiopia. 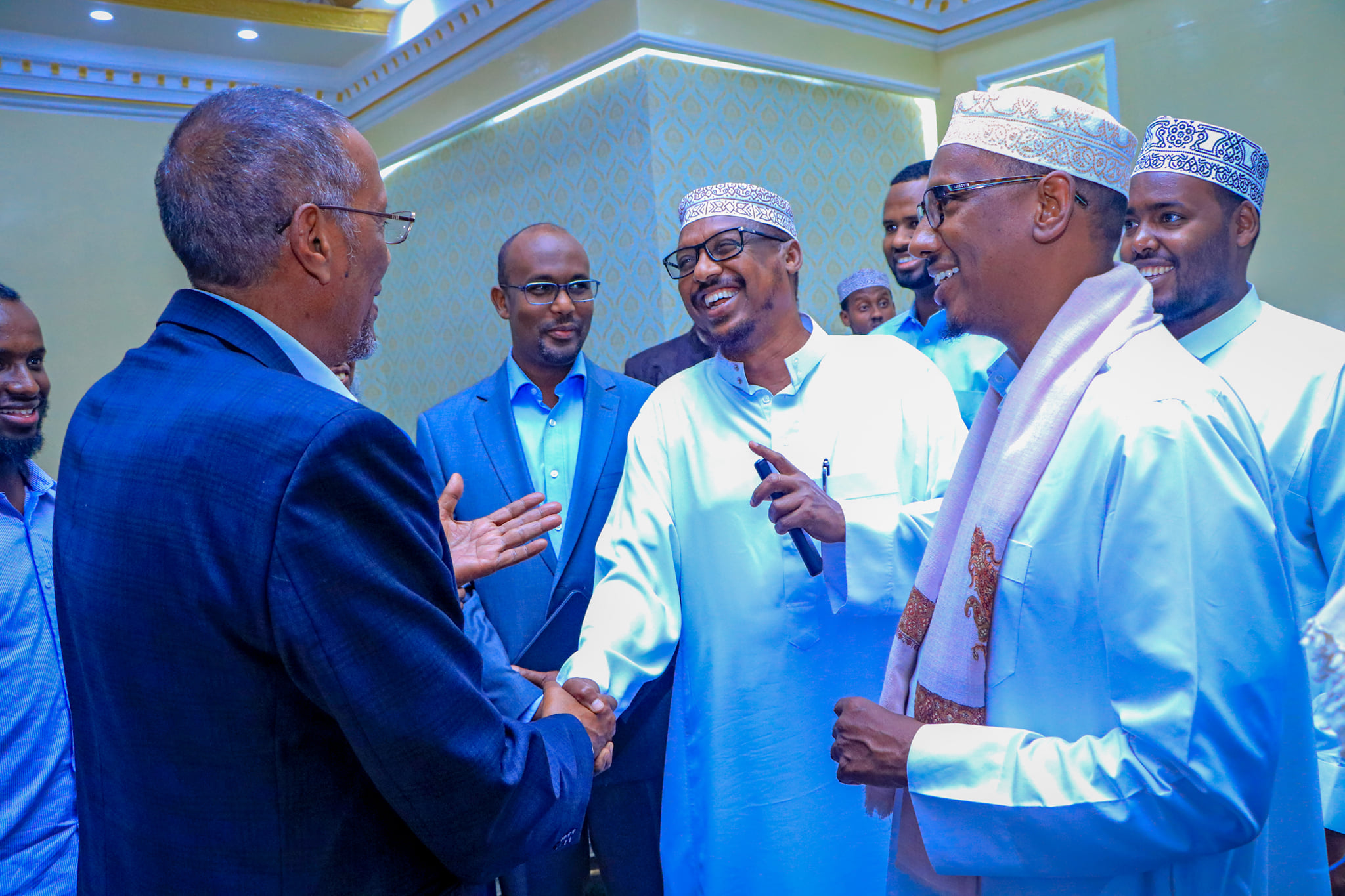 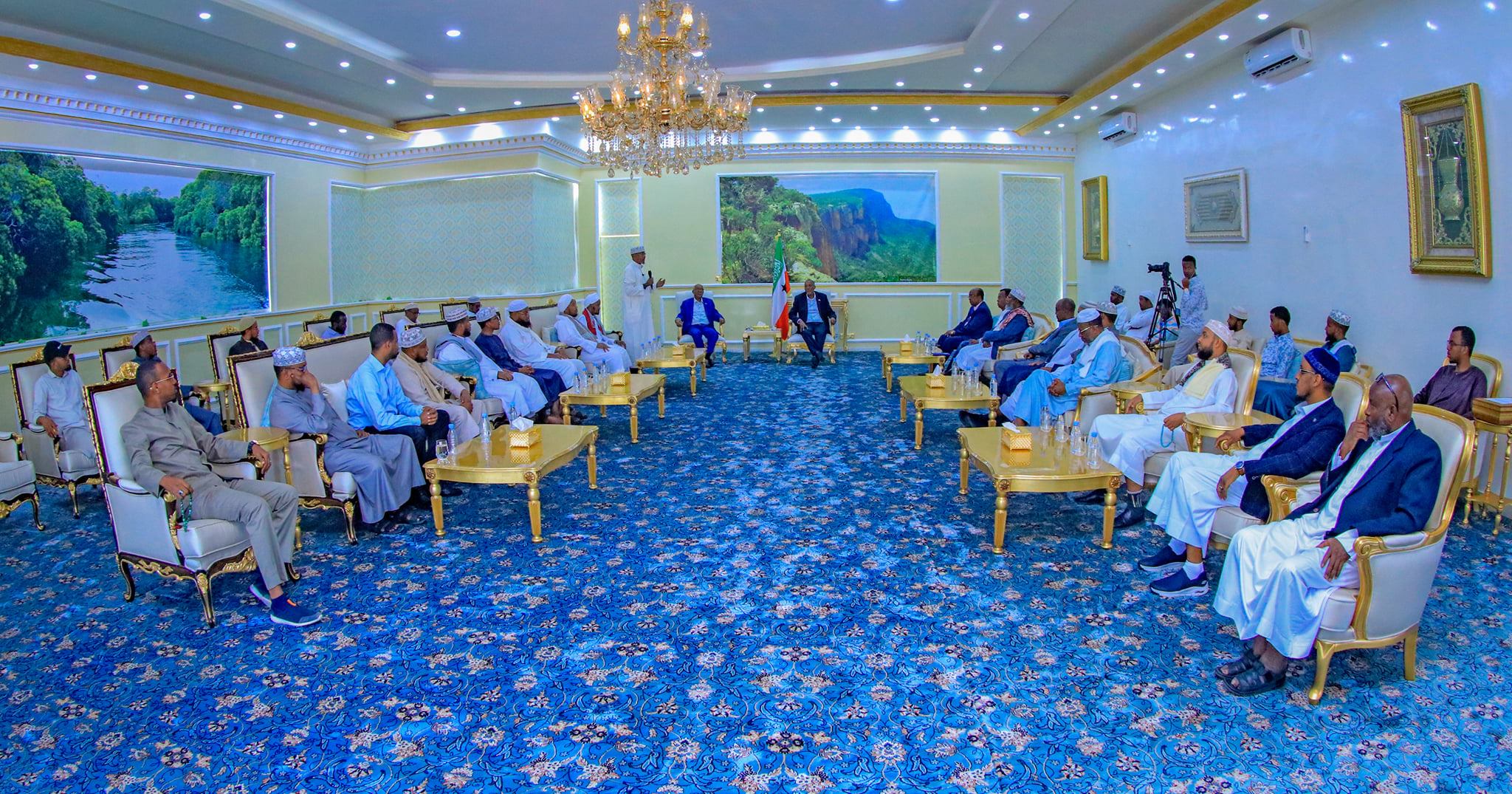