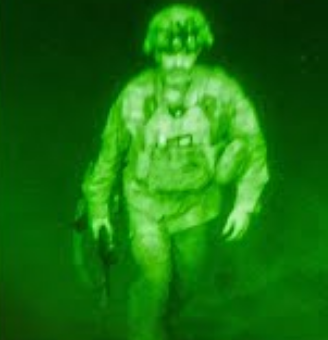 Analysis: The West’s panicked retreat from Kabul has implications for leaders of the world’s youngest continent

As the world watches the fall of Afghanistan in horror, African jihadists are looking with glee.

“God is great,” proclaimed the media arm of Al-Shabab, the terrorist group which has brought Somalia to its knees.

While there are huge differences between the regions, the West’s panicked retreat from Kabul and the collapse of Afghanistan have raised serious questions for the world’s youngest continent leaders.

Over the last decade, violent jihadist groups have expanded across Africa at an alarming rate, enticing thousands of disillusioned young men to their ranks with the promises of paradise, power and easy money.

Now countries with a combined population greater than Europe – Mali, Niger, Burkina Faso, Chad, Cameroon, Nigeria, Somalia, DR Congo and Mozambique – are all are struggling to fend off their own dizzyingly complex insurgent movements.

Often African jihadists claim some affiliation to groups like Al Qaeda and Isil in the Middle East. But this is almost always just a branding exercise – their fight is fundamentally a local one, born out of a quagmire of state decay, elite corruption and rampant foreign exploitation.

The general response of African governments and their supporters – much like in Afghanistan – has been a heavily militarised one, overly reliant on Western support, special forces and training.

I’ve reported on many of these frontlines, and everywhere there is a common trend – an insipid stalemate, devastating the lives of millions and killing hundreds if not thousands of brave but underequipped young African soldiers.

What would happen if that support dries up suddenly? Will local forces be able to hold the line? Or will we see more Afghanistan-like collapses? Would, for example, the state-building project in Somalia – rotten-to-the-core with corruption and tribalism – hold up much longer than Ashraf Ghani’s government?

Nigeria’s President Muhammadu Buhari recently issued a stark warning on the matter: “Though some believe the war on terror winds down with the US departure from Afghanistan, the threat it was supposed to address burns fiercely on my continent. Africa is the new frontline of global militancy.”

“As Africans, we face our day of reckoning just as some sense the West is losing its will for the fight.”

“We must not complacently assume that military means alone can defeat the terrorists. If Afghanistan has taught us a lesson, it is that although sheer force can blunt terror, its removal can cause the threat to return,” Mr Buhari warned.

At the same time, there are fears that a Taliban-led Afghanistan could provide safe haven for African jihadists to train and arm. The original Mauritanian and Algerian jihadist leaders who helped light the fire we see today in the Sahel were radicalised fighting alongside the Mujahideen. Some of Al-Shabab’s leaders also once trained in Afghanistan.

There are also serious concerns about what will happen across the eastern coast of Africa if the Taliban begin to ramp up heroin production to balance the books. Huge quantities of Afghani heroin are smuggled through countries like Mozambique and Kenya on their way to Europe every year, with a growing African market for the drug.

The Sahel region, that vast expanse of arid land running along the southern edge of the Sahara, is perhaps the most worrying. Since 2013, some 4,500 French soldiers have been stuck there fighting against elusive insurgents, caught in what some critics have termed the Élysée’s very own ‘forever war’.

Because of mounting pressure at home and on the streets of Bamako and Ouagadougou, France finally announced that it would begin to draw down its forces in the region, promising to reduce the number of troops to between 2,500 and 3,000 by early next year.

It is easy for commentators to criticise France’s stale post-colonial role in the Sahel. But it is much harder to answer the other side question: what happens when the French finally leave?

I still remember the chilling view of one top Malian official who quietly told me that without France holding the line in the sand, his country would quickly turn into another Somalia or Afghanistan.