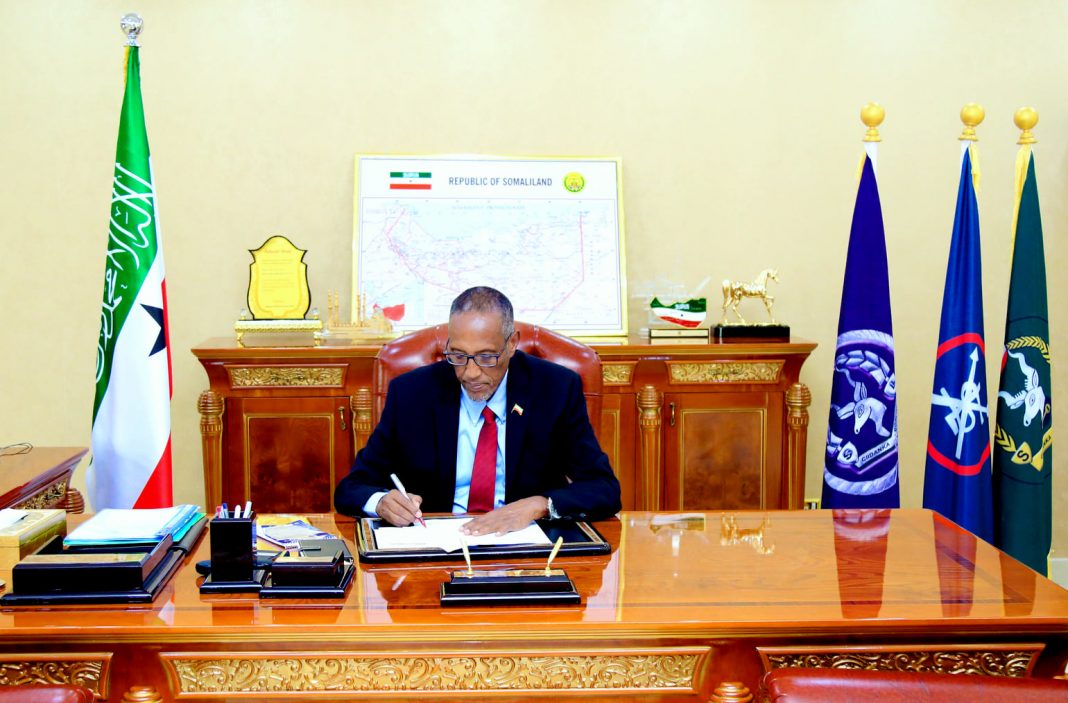 His Excellency the President of the Republic of Somaliland, Musa Bihi Abdi, has today, Monday, made the vastest changes to his government since he drew up his first cabinet in late 2017.

The changes relieved a number of ministers from their positions as they shifted others to other portfolios.

Ministers that have lost their responsibilities include Jama Haji Mohamoud of Energy and Minerals, Mohamed Musa Derie of Water, Yussuf Mire Mohamed ‘Boss’ of Youth and Sports, Sheikh Khalil Abdullahi Ahmed of Endowments and Religious Affairs,  and Ahmed Mumin Seed of Agriculture.

The Somaliland Head of Mission in Ethiopia, Yussuf Mohamed Guleid, is replaced.

Ali Abdullahi Dahir, who formerly served as Head of the Somaliland Technology Commission and later as Director-General will take over the Presidency of the Central Bank.

Essa Kayd Mohamoud assumes the Foreign Affairs portfolio and Ambassador Bashe Awil, formerly the head of the Somaliland Mission in Kenya after Ethiopia, will serve as the new Vice Minister at Foreign. The former Deputy Foreign Minister, Liban Osman Youssuf moves over to Health Development in the same capacity.

Several other deputy ministers are affected – some removed, some transferred.

Topmost positions in key ministries such as Finance, Interior, Information, Livestock and Education had not been affected.

This latest cabinet reshuffle comes at a time only 15 months remain of the current term of the President.

Observers and political analysts have been prophesying the changes. How they are made and who assumed what, especially, the newcomers might, however, take them and the more informed among the public by surprise as most of the named are relatively unknown in Somaliland political arenas.

It is widely believed that this latest composition of President Bihi’s government will be the one that will be used to campaign for another bid at the Presidency once the present term draws to an end in late 2022.