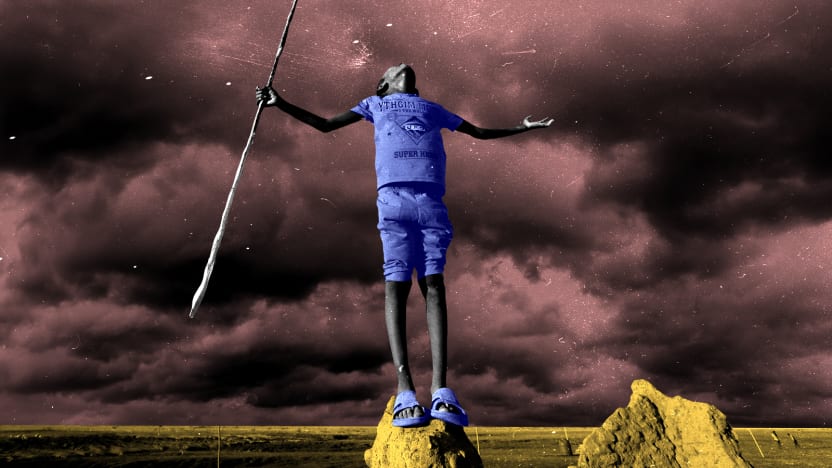 Twenty years of war have delegitimized the United Nations

The Tigray region in Ethiopia is suffering the worst famine in the world, and conditions look likely to deteriorate even further soon. Many hundreds of thousands of people are starving — how many is not clear exactly, because the government has refused all access to the province to international monitors.

At a time when a robust international system to adjudicate disputes could not be more necessary or useful, the one we have is in tatters thanks to 20 years of American war. It’s an important lesson in the value and fragility of international institutions.

First, let me summarize some background on the Tigray famine. As this Associated Press report explains, it is rooted in a conflict between Tigrayans (who make up about 6 percent of the Ethiopian population) and Prime Minister Abiy Ahmed. Tigrayans had dominated the national government for about 30 years after they led an effort to overthrow the Derg regime, and were none too pleased when Ahmed (from the Oromo ethnic group) was elected in 2018. When Tigrayans went ahead with local elections in September 2020 that Ahmed had ordered delayed because of the pandemic, tensions boiled over. It all ended with government troops occupying Tigray along with Eritrean forces, and Ahmed imposing a total communications blackout and blockade on the province. Now international aid organizations cannot deliver food or canvass the population to see how people are doing.

It appears that Ahmed is trying to crush the Tigrayans into submission through starvation, mass rape, and mass murder, and prevent the world from being able to see what is happening. Both sides have been accused of atrocities, but credible reporting has found that Tigrayans have suffered worst, mostly at the hands of Eritrean troops.

Situations like these are supposed to be within the remit of the United Nations. The fact that Eritrea is involved in the conflict makes this an international dispute, and Articles 41 and 42 detail how the U.N. Security Council can levy sanctions or use armed force against nations that commit a “breach of the peace, or act of aggression[.]” Diplomatic pressure, an arms embargo, and other moderate threats would likely cause Ahmed and Eritrea to back down, if not avoid the conflict in the first place.

Yet the international response has been halfhearted at best. One reason is that thanks to America, the legitimacy of the U.N. has been badly tarnished. Remember that it was created in 1945, with the objective of avoiding a repeat of the carnage of world war that had killed something like 120 million people over the previous 30 years. As the preamble to the UN charter reads: “We the people of the United Nations determined to save succeeding generations from the scourge of war, which twice in our lifetime has brought untold sorrow to mankind … have resolved to combine our efforts to accomplish these aims.” The first objective outlined in Article 1.1 of the charter is thus the maintenance of peace and the prevention of wars of aggression, while Article 2.4 prohibits members from threatening or using force “against the territorial integrity or political independence of any state[.]”

The basic world political structure envisioned here is a bunch of sovereign states who all agree not to use war to settle their disputes. But then because of the realities of postwar politics, the U.S., U.K., China, Russia, and France were all granted permanent membership on the Security Council, the strongest part of the U.N. Its functioning therefore depended on a measure of good behavior on the part of these powers, especially the U.S. after 1991, when its only serious rival collapsed and it was far and away the most powerful country.

Fast-forward to the George W. Bush presidency. His invasion of Afghanistan was arguably a violation of these core principles, given that the Taliban had not committed the 9/11 attacks itself, but it was a comparatively minor one.

But the invasion of Iraq was a totally blatant violation of the charter. Iraq was a signatory U.N. member, it had nothing whatsoever to do with the 9/11 attacks, it had not threatened the U.S., and it obviously posed no serious danger even if it had. Iraq was plainly a smallish impoverished state bulldozed by American power. Prominent New York Times columnist Thomas Friedman admitted on television that the point of the war was to terrorize a Muslim country so as to intimidate the whole Middle Eastern region.

It’s also worth remembering that the charter is a duly signed treaty, and thus according to the Constitution “the supreme Law of the Land.”

Now, the wars in Afghanistan and Iraq were far from the first time that the United States violently meddled in other countries after 1945. The situation in Tigray is also not the first time the international community has largely ignored a humanitarian crisis in Africa.

But the global war on terror has been the most sustained, the most openly-illegal, and the dumbest act of American imperialism since 1945. America had broad sympathy around the globe after 9/11, and tremendous diplomatic leeway. It chose to squander that freedom of action in the most idiotic unforced error in the history of U.S. foreign policy, wreaking carnage across half a continent. Twenty years of shapeless war have wasted $8 trillion and killed something like a million people, all for nothing.

The natural consequence was a profound delegitimization of the norms of the U.N. charter, and a corresponding emboldening of violent, illiberal forces around the world. Anti-liberal, anti-democratic forces in Poland (which went along with Bush’s war), Hungary, China, India, in the U.S. itself, and elsewhere gathered strength in the post-9/11 period.

Norms only have any power if they are continually reinforced and maintained. The world’s most powerful country casually ignoring its own stated treaty commitments so it could curb-stomp Iraq made every would-be dictator on Earth perk up their ears. It seems war crimes are actually fine now — and in any case, what right would such a brutal, murderous warmonger have to criticize someone who merely followed its example? So when American drones and special forces were helping turn Ethiopia’s neighbor Somalia into a warlord-ruled hellscape, it must have seemed to Ahmed that Western nations would likely ignore brutal starvation tactics.

Similarly, it should come as no surprise that few have even tried to use the formal mechanisms of the U.N. to deal with the Tigray crisis. If the U.S. made a mockery of its fundamental purpose, why bother?

Now, President Biden has reportedly levied sanctions against Ethiopian individuals involved in the blockade, and more may come. I hope that the international community can get behind other efforts to resolve the crisis and get humanitarian aid through without undue use of force or military occupation. And it’s impossible to say for sure whether a less psychotic response to 9/11 would have prevented this particular crisis.

But it is certainly the case that without the war on terror, the international community would be less inured to war crimes, and ruthless political leaders would be less likely to resort to deliberate starvation to solve troublesome problems.