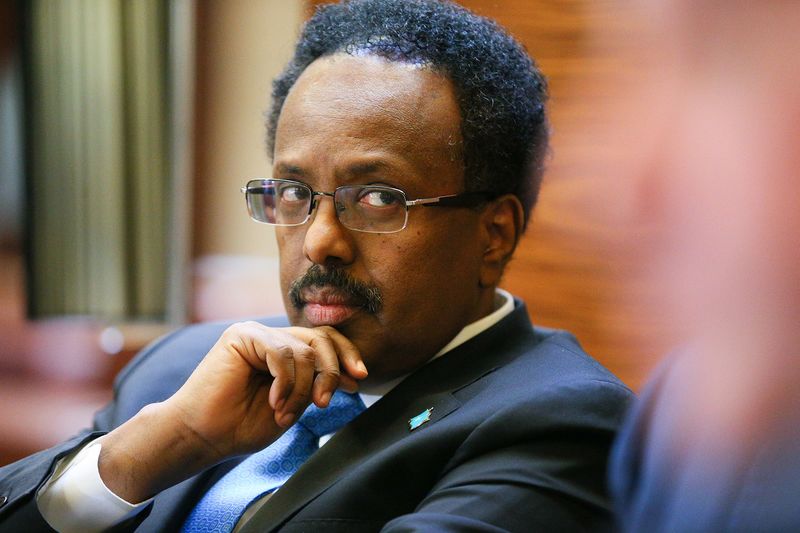 The killing of a senior Somali spy, who according to Western officials had knowledge of a secretive regional security accord and the formation of a new elite military unit, has cast a shadow over the war-torn nation’s long-delayed elections.

The plebiscite was originally scheduled for February, but was delayed by a dispute over voting modalities, and subsequent plans to hold it on Sunday were derailed by administrative glitches. A new date has yet to be set and there are fears that militant groups Al-Shabaab and the Islamic State could fill a power vacuum should the political process collapse.

Al-Shabaab, which wants to impose its version of Islamic law, has waged an insurgency in Somalia since 2006 that’s spilled over into neighboring countries and threatened regional stability. The African Union has deployed almost 20,000 troops to try and shore up the government and maintain stability, and a failure to hold credible elections will make their task substantially more difficult.

President Mohamed Abdullahi Mohamed, who is widely known as Farmajo, was due to face off against an array of contenders in his bid for another term. They include Hassan Sheikh Mohamud, his predecessor, and Abdirahman Abdishakur, the leader of the Wadajir Party and one of his most vocal critics.

Farmajo’s prospects of winning have been clouded by a dispute with his prime minister and one-time ally Hussein Roble over his handling of the killing of 24-year-old Ikran Tahlil, a cyber-security expert at Somalia’s National Intelligence and Security Agency. While the agency blamed the spy’s death on al-Shabab, the al-Qaeda-linked Islamist group denied involvement.

Roble accused Farmajo of obstructing a probe into Tahlil’s disappearance in June, and a five-member panel has been established to seek justice in the case. The U.S., which sees Somalia posing a major terror threat and has pushed for stability to be maintained, last month called on the two leaders to resolve their dispute “immediately and peacefully.”

There is widespread belief in Somalia that the government is trying to cover up the circumstances surrounding Tahlil’s death, according to Western officials and analysts who’ve been tracking the case. Her family have also alleged the probe into her killing is flawed because the intelligence agency is participating.

Tahlil possessed intimate knowledge of a security agreement forged in 2018 between Eritrea, Ethiopia and Somalia, details of which the three nations wanted to keep secret, according to three United Nations and Western officials, who work in Somalia and spoke on condition of anonymity because they aren’t authorized to discuss confidential intelligence assessments.

Somalia had long suspected Eritrea’s government of lending support to al-Shabab, and the accord helped ease tensions between the two nations’ security forces, the officials said.

They also revealed that the tie-up saw Eritrean intelligence officers being stationed in Somalia and Ethiopia, giving its President Isias Afwerki an important foothold in the region. Eritrea has been backing Ethiopian Prime Minister Abiy Ahmed’s fight against dissidents in the northern Tigray region.

Revelations about the substance of the accord and the reasons behind Tahlil’s death could stoke diplomatic tension in the Horn of Africa region, said Omar Mahmood, Somalia expert for the International Crisis Group.

Uganda, Kenya and South Sudan, who are members of the Intergovernmental Authority on Development, a regional body in charge of peace and security, are among those likely to be unnerved by the emergence of a new power bloc.

Tahlil, who spent several months training in forensic cyber-security at London’s Scotland Yard in 2019, also possessed sensitive information related to about 5,000 Somali soldiers, who were sent to Eritrea last year to participate in military exercises, according to one of the officials.

About 450 of those troops were recruited into an elite fighting unit whose whereabouts and exact role remain unclear, he said.

Tahlil was “poised to blow the whistle” on the controversial military operation, according to a report released last month by the International Crisis Group.
Ongoing Probe

The Somali probe has yet to be completed, and it remains to be conclusively established why Tahlil was killed.

Clan groupings and leaders from the Puntland and Jubaland regions are aggrieved by his decision to change the voting system to allow universal suffrage, rather than allowing clan leaders to chose their lawmakers. Opposition officials have also accused the president of changing the rules in order to cling to power.

The saga isn’t the only threat to Farmajo’s hold on power.