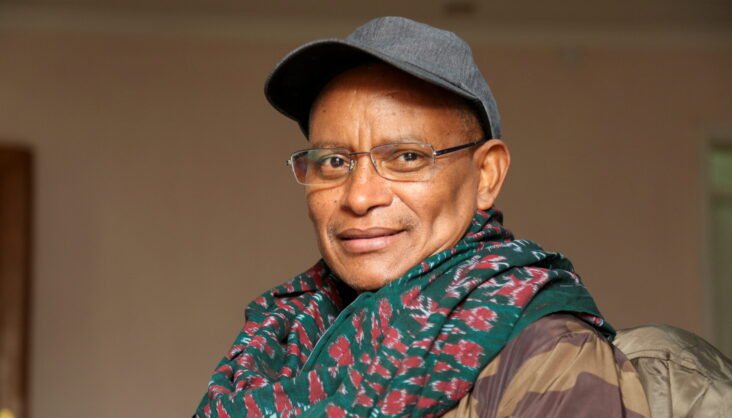 The Tigray government and people should not face international sanctions for trying to avoid annihilation.

Since ‘bothsideism’, or an insistence on false equivalence, permeates the international reaction to the conflict in Tigray, the Ethiopian government has incentives to levy baseless countervailing accusations against Tigrayan forces in the hope of muddying the narrative and avoiding accountability for various atrocities its forces have committed. But because there are two or more parties to a conflict does not automatically imply that their causes are equally just and their conduct equally acceptable.

The Government of Tigray has, for instance, accepted the principles outlined in President Biden’s Executive Order, affirming its commitment to finding a negotiated ceasefire and ultimately a negotiated settlement to the current conflict. By contrast, the Prime Minister of Ethiopia penned a rambling open letter to President Biden, the upshot of which is simply that he does not favor a peaceful resolution of the conflict.

The contents of Abiy Ahmed’s open letter conflate being asked not to violate citizens’ human rights and starve them to death with an unwelcome encroachment on national sovereignty. In short, the Government of Tigray has unequivocally accepted calls for a peaceful resolution whereas the Ethiopian government insists on a military solution to a fundamentally political conflict. And yet, the international community seems wedded to a version of fairness that paradoxically rewards the aggressor.

As a result, the commitment to ‘bothsideism’ means that talks about coercive sanctions tend to encompass all warring sides irrespective of their stated position with regards to a peaceful settlement.

The Government of Tigray, despite the region being subject to an asphyxiating blockade designed to exterminate Tigrayans, is willing to explore peaceful solutions. Sadly, a recent resolution by the European Parliament suggesting the imposition of sanctions on all sides if the situation doesn’t improve by the end of October exemplifies the tendency to punish all sides for the sins of one side.

Since the Government of Ethiopia is openly defiant and contemptuous of peace overtures, it should bear the brunt of the EU’s coercive sanctions, not the side that’s fighting to free itself from a deadly chokehold and is on record as favoring a peaceful settlement.

In fact, the Resolution by the European Parliament catalogues a litany of crimes by Ethiopian, Eritrean, and Amhara forces. But when it comes to punitive measures, evenhandedness rears its ugly head. The Government of Tigray would like to take this opportunity to reiterate its support for an independent investigation into all atrocities, including any alleged violations by Tigray’s forces, in order to bring the perpetrators to justice.

There is something excruciatingly tricky here. By trying to be evenhanded, the international community strives not to antagonize the aggressor, presumably to leverage the appearance of impartiality so as to position itself to help engineer a peaceful resolution of the crisis. In the case of Tigray and other sub-state national groups, the international community knows that apportioning blame on them and blaming the victims will not trigger a powerful backlash that goes beyond a strongly worded statement.

An arms embargo imposed also on Bosnia while it was defending itself against Serbia’s brutal aggression in the 1990s is an example of well-intentioned evenhandedness gone awry. The Biden administration and its allies should not repeat that mistake.

More fundamentally, the obsession with balance may have its origins in a misunderstanding of two interrelated humanitarian principles, namely, neutrality and impartiality. For example, the International Committee of the Red Cross cannot favor one side during conflict (neutrality) and must treat all sides based on need (impartiality). In theory, one can favor one side (non-neutrality) and still treat combatants from both sides based on need (impartiality). In practice, the principles of neutrality and impartiality facilitate critical humanitarian operations during armed conflict by exempting humanitarian workers from being targeted by combatants.

But when applied to conflict resolution, rigid adherence to both principles can have perverse effects. Unlike pure humanitarian operations, conflict resolution is also about making political and factual determinations necessary for the levying of coercive sanctions based on the parties’ position with regards to what is being asked of them.

Only such an approach can achieve its strategic objectives through the proper calibration of means and ends. But the maintenance or appearance of neutrality in the face of genocide and ethnic cleansing undermines the principle of impartiality, since by refraining from calling a spade a spade, neutrality leads to partiality. That is to say, by not calling out the aggressor and, worse, by punishing the victim, one rewards the aggressor. Victims without access to vast domestic and international resources, such as the people of Tigray, often fight an uphill battle. Punishing them for defending themselves in the name of evenhandedness makes a mockery of justice.

The Abiy government is committed to exterminating the people of Tigray through a perpetual government chokehold. It is also the side that has been obstructing the delivery of humanitarian supplies and threatening to prolong the conflict. The Government and the people of Tigray merely ask that they not be exterminated. The balance of reason and evidence supports the notion that the Abiy government is the aggressor, while the Tigrayan people are the victims. Only commitment to a misplaced version of fairness could lead to the inclusion of the people and Government of Tigray in conversations about coercive sanctions.