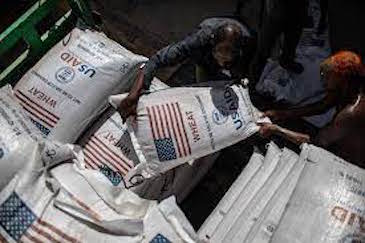 A1984 Newsweek cover was titled “Africa’s Nightmare,” describing famine in Ethiopia and other countries. Millions of people were starving to death because of drought and instability. A feature article described an inspiring “flood of generosity” with donations to charities fighting hunger. There was an appeal “to maintain the public’s concern” to feed the hungry.

Today, that African nightmare has tragically returned for over 5 million starving war victims in the Tigray region in northern Ethiopia. Fighting between the Tigray People’s Liberation Front (TPLF) and Ethiopian government troops has displaced civilians and led to a “catastrophic” hunger crisis.

The international community must again take action to save lives in Africa through donations and diplomacy. The United Nations warned: “Timely and sustained food assistance is urgently needed to avert the risk of famine.” Children in Tigray are most in danger of deadly malnutrition. Every day the war continues puts more infants at risk of starvation. The future of Ethiopia hangs in the balance.

Both sides in Ethiopia’s civil war must stop the violence and allow food aid to reach everyone in need. Michael Dunford of the U.N. World Food Program pleaded, “It is absolutely vital that we have the full cooperation and support of all parties to the conflict so that we can reach all affected populations with urgently needed food assistance before we have a humanitarian catastrophe on our hands across all of northern Ethiopia.”

The hunger crisis in Ethiopia also extends beyond the northern conflict zone in Tigray. People have fled to the Afar and Amhara regions and need food assistance. Ethiopia is also suffering from drought, flooding, desert locust invasions, high food prices and the COVID-19 pandemic. All these tragedies have come at once and are contributing to a massive countrywide hunger emergency.

The World Food Program (WFP) said nearly 12 million people need food aid throughout Ethiopia. WFP does not have enough resources right now to provide relief in Ethiopia. The WFP said, “For all activities under its Country Strategic Plan, WFP has a funding shortfall of US$426 million. Additional funding is vital to allow WFP to keep saving and changing lives in Ethiopia.”

The 1984 Newsweek article emphasized the importance of taking action before it’s too late. Famine conditions don’t leave much time for those at risk. Donations must be timely to keep the pipeline of food moving. This must happen today in Ethiopia to save lives.

Also, as was the case in 1984, there are multiple African nations facing severe hunger including South Sudan, Burkina Faso and Madagascar. Donors will need to step up to ensure there is enough food supplies to prevent famine. Everyone can help by donating to WFP, Save the Children, CARE, UNICEF and other relief agencies feeding the hungry in Ethiopia. You can write to your representative in Congress asking them to support food aid for Ethiopia.

The USDA McGovern-Dole program and WFP are partnering to provide school meals in parts of Ethiopia, including the Afar region. These meals are a lifeline for hungry children, giving them the strength to stay in school.

The world cannot turn away from Africa’s new nightmare of famine and war. Failure to act will cost lives. We must bring food and peace to the starving people of Ethiopia now.

Children in Ethiopia are going to need school meals, including those who have been displaced by the conflict. We should boost funding for McGovern-Dole and other food aid programs so they can help more children.

UN Afraid Impact of Ukraine War, Circumstances May Break 2021 Record of People with Little to Eat