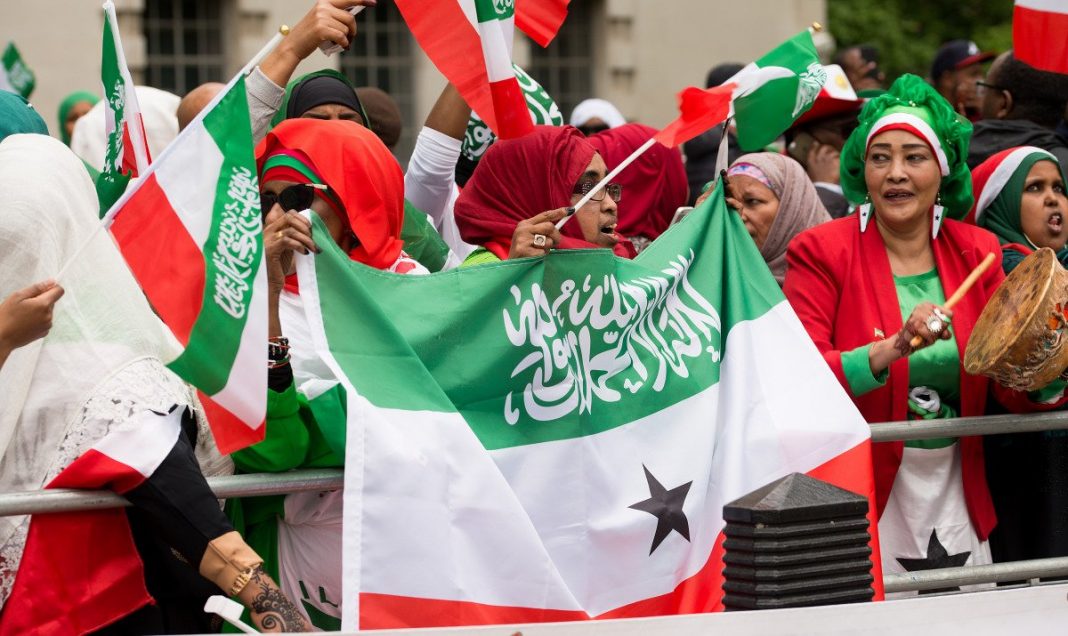 Joshua Meservey, senior policy analyst at the Heritage Foundation, advocated in a recent policy paper that the United States recognize Somaliland as an independent state. This serious proposal is overdue for consideration. Meservey recounts that Somaliland ended its voluntary union with Somalia in May 1991 and has been governing itself successfully for 30 years. Somaliland has held competitive elections—accompanied by peaceful changes of government—and has a military, constitution, flag, and passport. Its deep-water port of Berbera is being developed by Dubai Ports World and is rapidly gaining capacity. Somaliland lies just east of Djibouti and south of Yemen on the Gulf of Aden and abuts the strategically important Bab-el-Mandab Strait. Meservey argues correctly that recognizing Somaliland’s independence would provide the U.S. military a much-needed alternative to Djibouti and diminish the Chinese threat to U.S. facilities, personnel, and operations there. Such a move would also provide the United States and others with a stable, functioning, peaceful partner in a war-torn region and strengthen Somaliland’s democratic governance and economy.

Meservey also identifies numerous potential downsides to U.S. recognition. He lists Chinese hostility towards Somaliland over the latter’s relationship with Taiwan and likely refusal to seat it in the United Nations; Somalia’s ire at the U.S. having formally broken up the country; consternation from other African states that the move would spur more secessionist movements; and the possibility that Somaliland might fail as has South Sudan (and arguably Eritrea). Both he and I see this latter outcome as unlikely. Nor do we believe Somaliland’s unique situation would boost the argument of any other African secessionist movement.

There is a course that would, if successful, achieve for the United States all the benefits of recognizing Somaliland without any of these downsides: The United States should work with African and non-African states to persuade the African Union to lead the process to resolve Somaliland’s status. The African Union has the mandate and legitimacy to address the issue and to act authoritatively in the eyes of Africans and the international community.

The African Union took up the issue in 2005 by sending a fact-finding mission to Somaliland. The official summary of its findings is very favorable towards Somaliland’s claims, asserting, “Somaliland’s search for recognition [is] historically unique and self-justified in African political history,” and it urges the AU to take up the issue with the governments in Mogadishu and Hargeisa without delay. The African Union did not act on that report and has played little role since then. Now, 16 years later, it is the time for the African Union to act.

The United Nations is the world’s preeminent forum on the issue of national sovereignty, by its decision to accord or deny membership to a petitioning state. Applicants need a favorable vote from the Security Council and the support of two-thirds of the General Assembly. Besides considering their own interests and the merits of the case presented, countries look to the position of the relevant regional body, in this case the African Union. If accepted into the African Union or even with a favorable recommendation, Somaliland would probably be allowed to join the United Nations; without the AU’s endorsement, it is unlikely to gain membership. China could be expected to thwart Somaliland’s admission as long as it maintains close ties to Taiwan, but this is a matter for Somaliland to manage.

To determine whether the United Nations should even consider Somaliland’s case, the African Union should do four things to clarify the issue:

Somalia and Somaliland have met at the ministerial or head of state level as many as ten times in the past decade to discuss Somaliland’s status. Unfortunately, talks never advanced past agreements on procedural issues. Strong sustained mediation will be required to overcome the preconditions, obstinance, delays, and lack of preparation by one or both of the parties. Negotiations will also have to await the outcome of Somalia’s protracted electoral process. Somalia’s inability or unwillingness to negotiate a resolution of Somaliland’s status undermines its efforts to promote reconciliation at home and perpetrates an unjust burden on the people of Somaliland. Without a clear legal status—whether independence or some sort of association—Somaliland is deprived of foreign investment, cooperation assistance, access to international lending markets, payments due it for use of its airspace, etc. The authorities in Somalia should not be permitted to deny them these benefits simply by ignoring or delaying negotiations.

Getting Somalia to negotiate seriously is the crux of the issue at play. The world generally abides by the losing state’s position on applicants for UN recognition. In the last few decades, all countries that have seceded from one state and gained a seat in the United Nations have done so only with the assent of the losing state. Ethiopia agreed to Eritrea’s independence in 1993, Indonesia acceded to Timor Leste’s sovereignty in 2002, Serbia assented to Montenegro seceding from their Union in 2006, and Sudan agreed to South Sudan’s independence in 2011. By contrast, Serbia has not recognized the independence of its former province of Kosovo, so, despite being recognized by about 100 countries, Kosovo has not been granted a seat at the United Nations. Given a choice, the type of independence should be up to the authorities and people of Somaliland, but I would think that they would prefer the benefits of full UN membership and an end to a decades-long struggle for acceptance.

One could argue that with the civil war in Ethiopia putting that country at risk of dissolution, this is not the time for the African Union to entertain Somaliland’s secession. However, the opposite is true. Growing instability in Ethiopia calls for greater stability in the region, which clarity in the Somalia-Somaliland relationship would achieve. Whether the outcome be independence, association, or a hybrid, Somaliland and Somalia would emerge stronger. For example, if the parties agreed to an association, Mogadishu would attain some degree of actual authority over Somaliland that it currently lacks. Alternatively, if Somaliland achieved independence, it would then be able to assist Somalia with its security challenges in a way that it cannot or will not at present. Talks would assist with two other regional issues, one actual and one potential. Negotiations to resolve Somaliland’s status and relationship to Somalia would need to address the festering jurisdictional and security issues in Somaliland’s eastern region and its unsettled relationship with Puntland. Finally, should Ethiopia dissolve into its component parts, the talks would provide a forum for Ethiopia’s ethnic Somali Ogaden region to negotiate its own association with Somalia, Somaliland, or both.

The African Union has the mandate to mediate peace and make determinations on sovereignty. It can compel Somalia to negotiate or decide itself whether to accept Somaliland’s demand for its sovereignty to be restored. Persuading African governments and the AU to take on this responsibility should be a focus of U.S. diplomacy. Somaliland enjoyed four days as an independent state dating from June 26, 1960, before it chose to unite with the former Italian Somaliland to form the Somali Republic. On the day of its independence, then-U.S. Secretary of State Christian Herter wrote to Somaliland’s governing Council of Ministers, “I extend my best wishes and congratulations on the achievement of your independence. This is a noteworthy milestone in your history, and it is with pleasure that I send my warmest regards on this happy occasion.” Should Somalia fail to negotiate in good faith to resolve Somaliland’s status, Secretary of State Tony Blinken should consider Josh Meservey’s proposal and write a similar letter to the authorities in Hargeisa.

Stephen M. Schwartz served as the first U.S. Ambassador to Somalia (2016-17) since 1991. He retired in 2017 as a member of the Senior Foreign Service and the rank of Minister Counsellor. During his Foreign Service career, Mr. Schwartz served as Deputy Chief of Mission in Zambia and in Mauritius, and mid-level or junior officer in Ethiopia, South Africa, Burundi, and Cuba