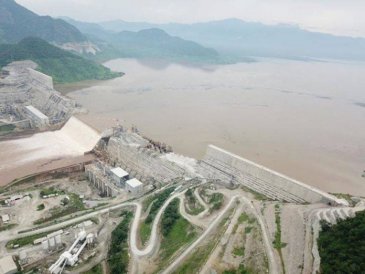 Egypt and the US concluded another round of their strategic dialogue that addressed the GERD issues.

Abdel-Aty said that Egypt had shown flexibility during the negotiations on the Dam due to its desire to reach a fair and legally binding agreement regarding the filling and operation of the dam.

He said that measures must be put in place to protect downstream countries in case of drought during the Dam’s filling process.

Abdel Aty added that Egypt made several attempts to build confidence during the negotiation, but this was not met with good faith from the Ethiopian side.

Egypt had previously proposed establishing an infrastructure fund in the three countries to open up an area for cooperation, but it has not been activated yet.

Cairo also suggested ​​connecting the electricity networks to Egypt, Sudan and Ethiopia. However, Addis Ababa rejected the proposal, stressing that any water shortage would affect workers in the agricultural sector, which would cause social problems and security instability in the region and increase illegal immigration.

Abdel-Aty noted that Ethiopia claims it is obliged to fill as a construction necessity and generate electricity, which is not valid.

Ethiopia started filling the Dam’s lake in the past year. However, the turbines were not ready to generate electricity, and Addis Ababa repeated the same scenario this year without generating electricity, said the minister.

“Ethiopia is deliberately issuing false statements and managing the dam unilaterally, which has damaged the two downstream countries,” warned Abdel-Aty.

The Egyptian official warned that trying to mitigate the adverse effects resulting from these unilateral measures that have confused the river system costs huge sums estimated at billions of dollars.

He also referred to the damage that Sudan was subjected to due to the unilateral filling last year, causing severe drought, followed by a massive flood.

The meeting touched on the navigational line between Lake Victoria and the Mediterranean Sea, aiming to promote intermodal transport by integrating river, rail, and road transport facilities along the Nile Corridor and developing river management capacity.

The US officials described the project as “one of the most important and promising” regional projects that advance the development and improve all regional countries’ economic and social conditions.