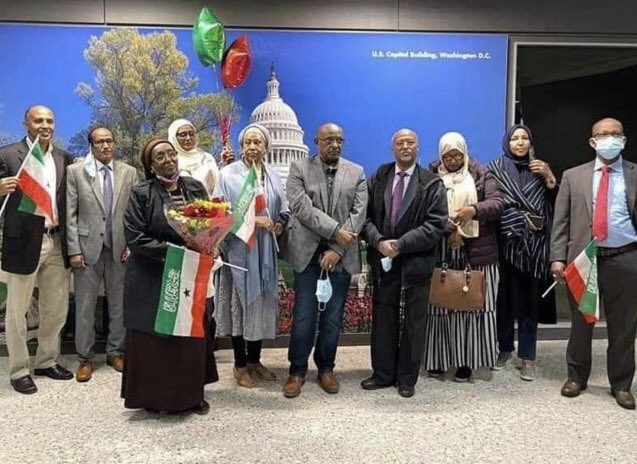 A high-calibre delegation led by the Republic of Somaliland’s Foreign Minister Dr Essa Kayd among which was President Bihi’s Special Envoy on Somaliland-Somalia affairs, Dr Edna Adan Ismail, successfully concluded close meetings with a number of US institutions and organisations in the cities of Washington and New York.

A statement released, Monday, by the Somaliland Ministry of Foreign Affairs and International Cooperation, touched on highlights of the Minister’s visit.

“Our visit was an important and timely opportunity to consult with American partners on a range of regional issues that have drawn us closer together than ever before, including the fight against terrorism and instability in neighboring countries,” said Foreign Minister Kayd. “To this end, we felt a mutual interest with U.S. Government officials in exploring a framework for U.S.-Somaliland cooperation that we look forward to building together.”

“For thirty years, Somaliland has been a beacon of democracy, security and steady economic progress in an otherwise troubled region,” Special Envoy Adan added. “Our ability to sustain this role will benefit greatly from the support of the United States and other like-minded allies.”

READ the MoFAIC  full statement below.