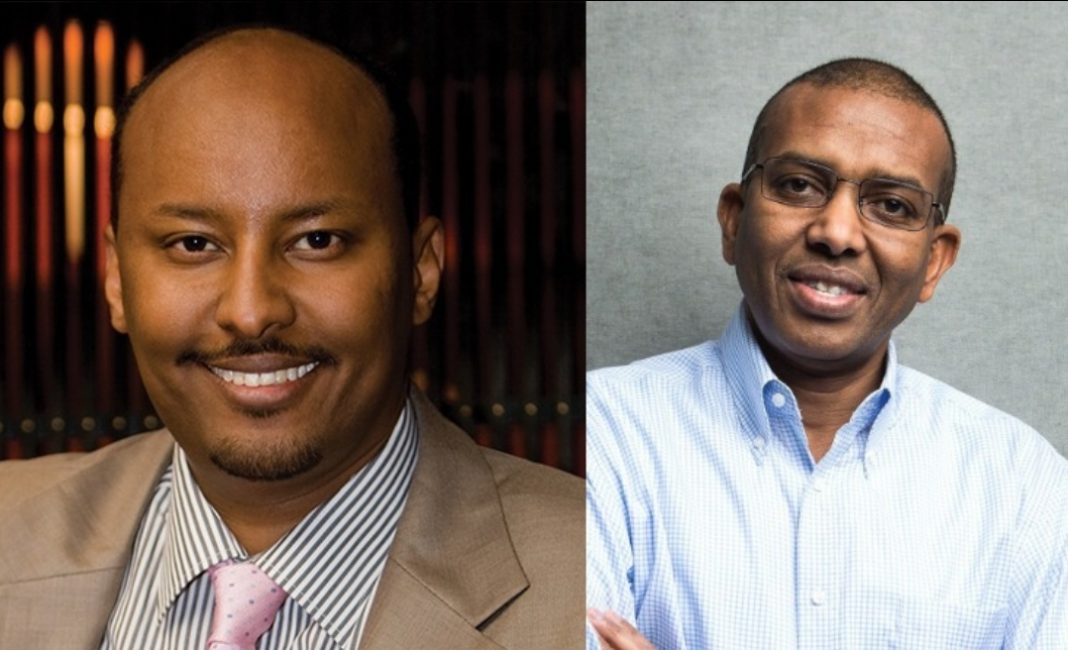 Thirty years ago, Ismail Ahmed snuck from then war-ravaged Somaliland into neighbouring Djibouti, hidden on the back of a tipper truck. His brother, who was working in Saudi Arabia, sent him money to pay for a flight to London to take on a scholarship to study economics. “That’s when I really realised remittances were a key source of migrant money,” he says.

Today, Ahmed is the founder and chair of the London-based Zepz, formerly WorldRemit Group: a cross-border digital payments service that has more than 11m users in 150 countries, and was valued at $5bn in an August fundraising.

“We are one of the largest independent digital money transfer businesses globally,” he explains over tea in Hargeisa, his hometown and the capital of the self-declared state of Somaliland.

“Our first corridor of remittances was from the United Kingdom to Somaliland — that’s how we started. Then, we went global and, today we are among the top in Colombia and the Philippines, for example.”

Ahmed established the company a decade ago. He funded it with around $100,000 in compensation that he received after blowing the whistle on corruption in a remittance programme while working for the UN in Nairobi. At that point, he was already researching more efficient ways to transfer money across borders after having to pay fees to high street banks to send cash back to Somaliland when he was studying in the UK.

“Hargeisa was actually built with remittance money, so I grew up seeing remittances everywhere,” Ahmed explains — noting that Somalis used an honour-based underground money-transfer system called  hawala, which was then developed into a way to let expatriates send money back to Somaliland at close to zero cost.

Somalis working in other countries — they are strongly represented in Djibouti, Ethiopia, and Kenya, for example — would hand their spare cash to traders there who were in need of money to buy stock. Those traders would, in turn, sell their goods in the country for which the Somalis’ money was destined, handing over the proceeds of their sales to a specific recipient. The close-knit and clan-based communities of Somalis provided enough trust that these transfers would be carried out in good faith.

Remittances have also been sent to Somaliland via transfer shops and kiosks over the years.

However, with the development of mobile money — which is booming in parts of Africa — the remittance market has entered a new phase. That was illustrated in August, when Zepz raised $292m in new financing from equity investors including Farallon Capital, as well as existing shareholders LeapFrog, TCV, and Accel. Zepz was adopted as the company name earlier this year, after WorldRemit snapped up the remittance app Sendwave, which is focused on African and Asian markets, for $500m.

Fast-growing digital money transfer businesses have enabled migrants to send smaller emergency remittances that would not be possible at cash-based agent locations, “because of the minimum send amounts and higher minimum fees,” points out Ahmed.

And they have proved crucial during the Covid-19 pandemic. “The phenomenal success of mobile money and digitisation, particularly in Africa, meant that, when physical locations were closed during lockdowns, people were often able to get their funds on their mobile money accounts or bank accounts,” he adds. In Somaliland, which has an economy worth $3.5bn, remittances rose to more than $1.3bn in 2020, up from $1.1bn in 2019, according to the central bank.

Wherever Somalis go, they need to send money back, and for sending money you need trustworthy remittance companies”

“We have a community culture that mutually supports each other, a support system,” says Saad Ali Shire, Somaliland’s finance minister. “People who have it give it to their relatives, who don’t have it, for that you need to move money. Wherever Somalis go, they need to send money back, and for sending money you need trustworthy remittance companies.”

Shire has experience in the sector, having been managing director in the UK for Dahabshiil, the biggest Africa-based remittances provider. Dahabshiil once won an injunction against Barclays, after the British bank tried to shut its account, prompting a campaign led by Somalia-born British athlete Mo Farah.

For Somaliland, remittances are a big part of the unrecognised country’s economy, enabling a small state to become a thriving private enterprise.

His father, Mohamed Duale, is the “founding father” of Somali remittances, having started Dahabshiil — meaning “goldsmith” — in 1970, in the town of Burao.

In the early 1990s, however, the Duale family had to flee the Somali civil war, when “all of a sudden, planes dropped bombs left and right.” Walking with nomadic communities, they crossed into Ethiopia. They finally ended up in the UK, before coming back to Somaliland to boost their business.

Today, the business has a presence in 126 countries and interests spanning from banking to energy to telecoms — as well as e-Dahab, a mobile money service.

“Remittances are critical for the Somali communities worldwide,” says Duale. “Business is in our DNA. People here are very innovative in doing business, making investments and sending money.”

Dahabshiil handles a large proportion of Somalia’s remittances, says Duale, in addition to remittances from and to other parts of Africa.

“People always think of money coming from Western countries which is vital, but they forget about regional transactions, people buying goods in different parts of Africa and remitting money between countries on the continent and the Middle East,” Duale adds.

By Andres Schipani in Hargeisa