Hirsi, speaking to the press at the conclusion of police grilling that took the better part of two hours, accused President Musa Bihi of using underhanded intimidation tactics to silence critics of his government, including the opposition parties. 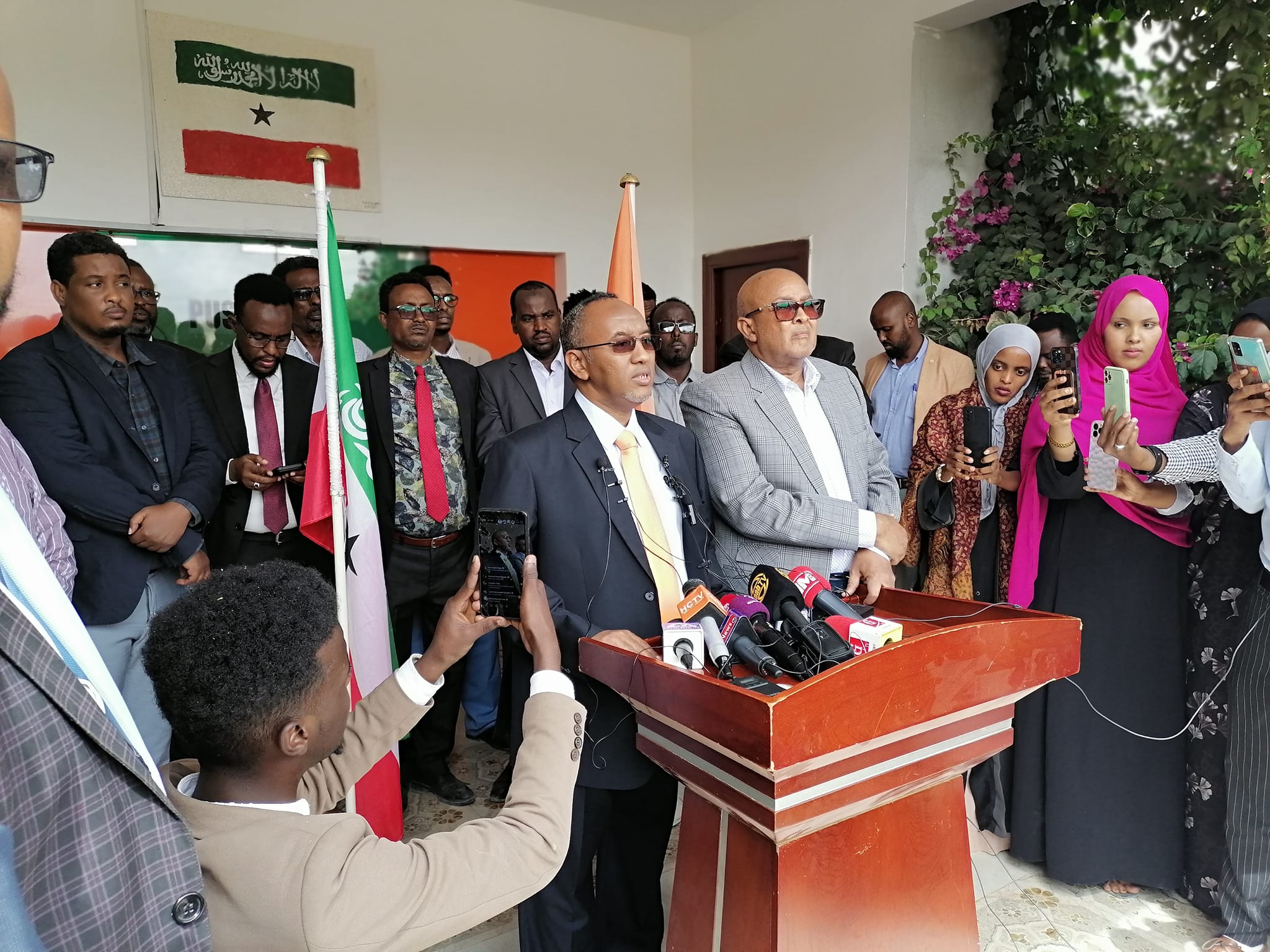 “President Bihi seems to have forgotten in four short years that he is an elected head of state, not an autocrat or a despotic dictator ruling on the point of a gun,” he said.

Mr. Hirsi disclosed that among the questions on which the CID officers sought answers included his assertion that the President still held an unrenounced foreign passport in direct violation of the Constitution of the Republic of Somaliland.

“It is not a secret that the President is holding a foreign passport which is not allowed for a head of a state. I am not going back on that or on the fact that, as opposition parties, we are exercising our constitutional rights to point out the ills and deficiencies of the reigning government,” he said.

President Ismail Omar Guelleh of Djibouti has on a past occasion boasted of President Bihi being a Djiboutienne national.

“President Bihi is an elected public servant but he is behaving like a dictator. We rightly interpret my call to the CID offices as an unprecedented act of aggression against democracy and the rule of law – unbridled intimidation aimed to silence all critical voices,” he said.

President Bihi doubles up as the Chairman of the ruling party – Kulmiye – which lent the Waddani call to explain its criticism to the CID a more troubling hue.

With the Chairman at ‘question time’ was the party’s candidate for President in the next elections, the former Chairman Abdirahman Mohamed Abdullahi ‘Irro’. A number of other party officers waited outside until the two top Waddani leaders were let go.

The Chairman’s call to a police facility to explain parts of criticism by a top opposition party leader was a first in Somaliland. The act caught everyone by surprise. The world has often praised the Republic of Somaliland for its exemplary track record on democratic practices and a unique method of finding consensus on contentious issues which normally brought older, more mature governments in the regions to their knees.

Who among the leaders of Somaliland – past and present – has not used a foreign passport, including the incumbent president, party chairmen, House speakers, ministers, MPs, begs for an honest answer looking at the electorate straight in the eye.