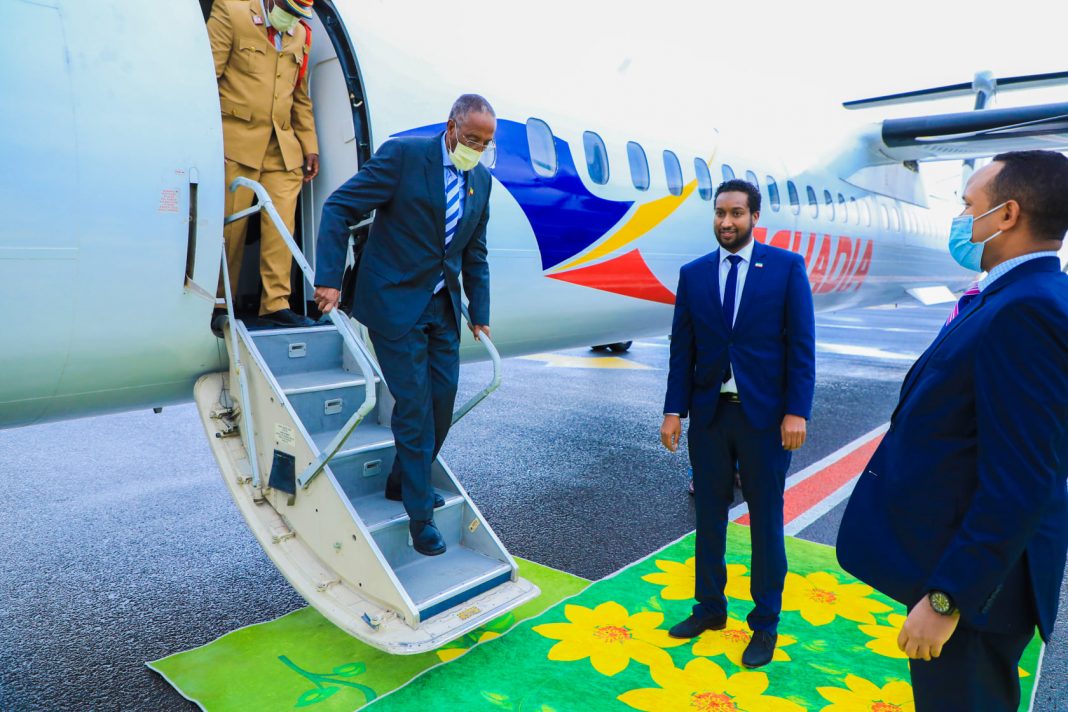 President Musa Bihi Abdi of the Republic of Somaliland, today, landed at Bole International International port of Addis Ababa, Ethiopia, where he was warmly received by Federal Ethiopia Minister of Finance, Ahmed Shide, and Redwan Hussein, Federal State Minister at the Ministry of  Foreign Affairs.

President Bihi and his delegation will be holding bilateral talks on several fronts revolving around outstanding economic and security issues, according to reliable sources, with Prime Minister Abiy Ahmed and his government during the next two to three days.

Among these, although not officially confirmed, is the resumption of Ethiopia’s 19% stake at Berbera port which the latter did not actively pursue since the Republic of Somaliland, DP World and Ethiopia formally endorsed it in May 2019. Ethiopia, since then, did neither contribute to the development of the port by coming up with its share of the effort nor show any particular warmth to the country that so vigilantly guarded its eastern flanks for the past 30 years or so.

Another possible point in the discussion is Zeila port. Ethiopia, according to multiple sources had been eyeing the port since its first agreement with Britain in 1897. The Abyssinian Kingdom even tried to carve a 100-mile wide corridor to the see in another agreement with Great Britain in 1946 which only failed when the then House of Commons quashed it. 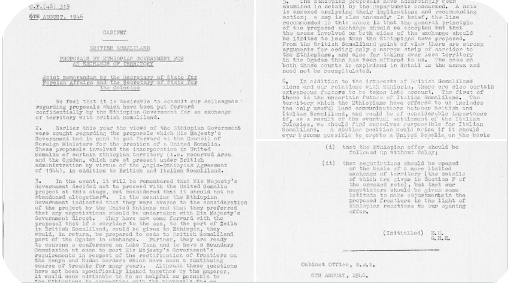 Of recent, Ethiopia resumed its ambitions without directly saying so. France has been helping landlocked Ethiopia build a strong navy without neither country revealing where such a navy would and on what seas it would patrol since the owner had none.

President Bihi’s visit to Ethiopia comes at a juncture of time Ethiopia’s internal politics is shaken by regional feuds and a devastating with war with the the Tigray State to the north that left its economy in in a precarious state. The TPLF was pushed back from a point less than 300 kms to the capital with great difficulty. Foreign countries including Turkey, the United Arab Emirates, Russia, China and many more came together to support Abiy’s counter-offensive- bringing together strange bedfellows.

It is an absolute honour to be bringing the important issue of recognition of Somaliland to the floor of the House of Commons. Our nations have long historic ties and now it is the time to make history together. https://t.co/Q0LriEuEmn

The visit also comes at time the UK parliament is discussing a motion tabled by former Minister Gavin Williamson on the issue of Somaliland diplomatic recognition.

Britain granted the former protectorate on 26 June 1960. More than 35 countries, including the United States of America, acknowledged the passing into statehood of the then Somaliland Republic. Israel was the first to do so.

The Somaliland statehood only lasted five days as the newborn nation rushed into an ill-starred union with Somalia that had never been legally entered into ending in a one-sided domination of Italian Somalia over Somaliland and a genocide that left the world in shock some twenty years later.

Ethiopia was the first country to set up a semi-diplomatic office in Hargeisa although it accorded a similar concession to Puntland – a regional state under federal Somalia which Somaliland is not. Other countries that are commercially or diplomatically represented in  the Republic of Somaliland are the United Kingdom, Taiwan, Turkey, Djibouti, Kenya and the United Arab Emirates.