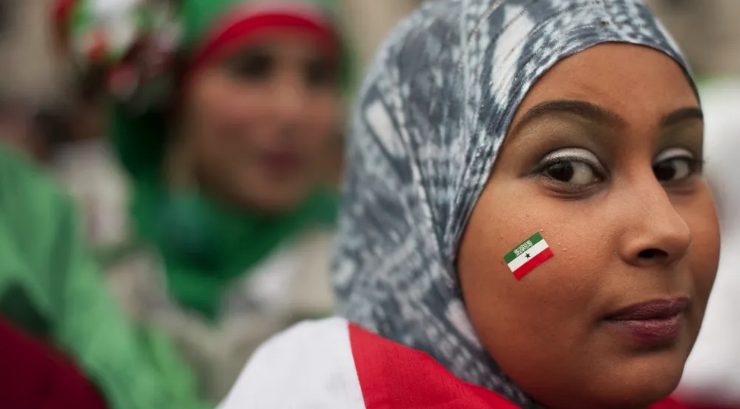 Both Taiwan and Somaliland are unrecognized states, seeking independence from China and Somalia respectively

Taiwan’s push to grow its presence on the world stage as China poaches its diplomatic allies saw Taipei roll out the red carpet on Wednesday to a new friend in a similar position — Somaliland.

Taiwan and Somaliland are both thriving, self-run democracies that remain mostly unrecognized by the wider world.

Finding common ground in their peculiar and isolated international status, the two have forged strong ties since swapping de facto embassies in 2020 — moves that sparked anger from both China and Somalia.

On Wednesday Somaliland foreign minister Essa Kayd Mohamoud described ties with Taiwan as “a special and historical relationship between two champions of democracies in Africa and Asia” during his government’s first cabinet-level visit.

“All coercive or threatening measures to deny such collaboration between international partners… do little to promote the peace and security that the region and the world require,” he said while meeting Taiwan’s President Tsai Ing-wen

Somaliland declared independence from Somalia during the 1991 civil war.

Although the move remains unrecognized by the international community, the territory has thrived as a comparative beacon of stability while Somalia has been racked by decades of political violence.

Somalia blasted the swapping of offices between Taiwan and Somaliland as a “reckless attempt” to infringe on its sovereignty, while Beijing accused Taipei of separatism and “acting with desperation.”

China views Taiwan as its own territory and has vowed to one day re-seize it, by force if needed.

The two sides have for decades been engaged in a diplomatic tug-of-war trying to woo the other’s allies with financial and other incentives.

Only 14 countries now diplomatically recognize Taiwan over China, after Nicaragua became the latest to switch sides in December.

However some nations maintain embassy equivalent trade offices in Taipei, and Taiwan has been increasingly embraced on the world stage by many western powers in response to Beijing’s more hostile rhetoric.