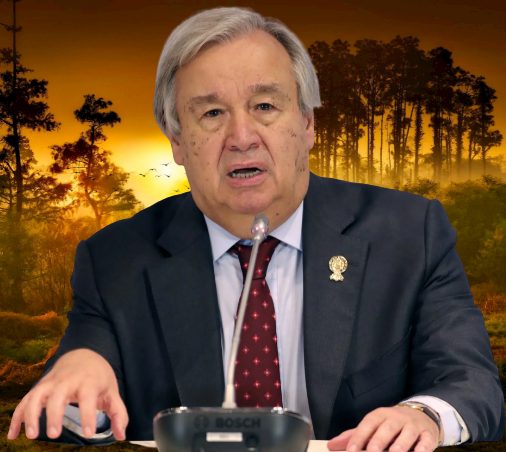 UN Secretary-General Antonio Guterres recommended to the Security Council that the African Union’s peacekeeping mission in Somalia maintain its current staffing level through the end of the year, in a letter obtained by AFP on Tuesday.

The African Union Mission in Somalia (AMISOM) is comprised of 20,000 soldiers, police and civilians tasked with supporting the country’s fragile government in its fight against jihadist insurgents.

The AMISOM mandate expires on March 31, but the UN Security Council is expected to vote on March 30 to replace it with a new mission, the African Transition Mission in Somalia (ATMIS).

In his letter, which was delivered on Monday to the Security Council, Guterres said he preferred a plan to gradually reduce ATMIS in four phases, “to enable and support Somali security forces to take primary responsibility for security in Somalia by the end of 2023” with a total military departure in 2024.

The UN chief added that under the plan, ATMIS’s first reduction of 2,000 troops would not occur until after December 2022, with more decreases in each phase.

“It is important that existing uniformed troop levels are maintained until the end of phase one to ensure that hard-won gains are preserved and to allow for a reconfiguration of the mission without compromising the current security provision,” Guterres explained in his letter.

While AMISOM is financed in particular by the UN and European Union, Guterres’s letter does not outline specific financing for ATMIS.

“I appeal to the international community to continue their support by providing adequate resources to ATMIS and the Somali security forces, as well as through the provision of specialized capabilities,” he said, adding that he was grateful for partners’ prior donations.

His recommendations are along the same lines as a plan previously worked out between the African Union and the UN.

That proposal was expected to be finalized last year, but due to major disagreements between Somalia and the African Union, the plan was only recently agreed to, according to diplomats.