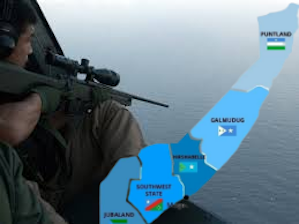 The Security Council quietly let a deadline pass for it to renew UN authorization to fight piracy in waters off lawless Somalia, diplomats said.

This will have repercussions for a European air and sea operation to combat such crime on the high seas.

On December 3 the council passed unanimously a US-drafted resolution extending this authorization by three months, instead of by a year as was usually the case.

But on March 3 the council did nothing to renew the authorization and made no public announcement about the deadline passing.

Neither the United Arab Emirates, which chaired the council at the time, nor the US, which oversaw this issue, made any comment at the time.

For years Somalia has been opposed to the UN authorization, which allowed warships of other countries to patrol its waters to fight piracy. Somalia wanted to recover full sovereignty over those waters.

With the UN authorization in place for such patrols, there has not been an incident of piracy in those waters for four years. And some countries such as France, with backing from others in Europe, pushed back in December for the authorization to be extended, saying it feared a security void without it.

Somalia countered that the absence of piracy meant the UN mandate was in fact no longer needed.

The fight against piracy in Somali waters has been conducted with planes and ships under a European operation called Atalante. It began in 2008 and was extended by European officials until December 2022 under the aegis of the Security Council authorization.

Now that the UN authorization has expired, those ships and planes can still ward off and chase pirates but only in international air space and waters, not those of Somalia.