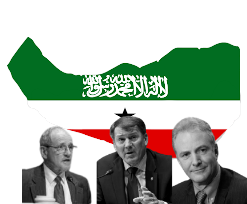 WASHINGTON – U.S. Senators Jim Risch (R-Idaho), ranking member of the Senate Foreign Relations Committee, Chris Van Hollen (D-Md.) and Mike Rounds (R-S.D.), chairman and ranking member of the Subcommittee on Africa and Global Health Policy, today introduced the Somaliland Partnership Act to require the Department of State to report to Congress on engagement with Somaliland, and to conduct a feasibility study, in consultation with the Secretary of Defense, regarding the establishment of a partnership between the United States and Somaliland.

“The United States continues to be a steadfast partner of the Somali people and its federal government, but the Biden Administration has limited itself to the confines of a ‘single Somalia’ policy at the detriment of other democratic actors in the country,” said Risch. “In this complex time in global affairs and for the Horn of Africa, the United States should explore all possible mutually-beneficial relationships with stable and democratic partners, like Somaliland, and not limit ourselves with outdated policy approaches and diplomatic frameworks that don’t meet today’s challenges.”

“As the Horn of Africa faces increasingly destabilizing currents, enhancing our cooperation with those in the region that value democratic governance and fundamental freedoms is key to advancing U.S. interests, improving regional stability, and supporting the rule of law and human rights. For decades, Somaliland has proven itself to be an area with a stable, thriving democracy amidst a sea of conflict. That’s why increasing opportunities for U.S. engagement with Somaliland makes sense. Our bill will help ensure the United States explores the greater possibilities of this mutually-beneficial relationship,” said Van Hollen.

The Republic of Somaliland received independence from the United Kingdom on June 26, 1960, prior to the creation of the Somali Republic, and has been a self-declared independent and sovereign state since 1991 that is not internationally recognized. Somaliland exists as a semi-autonomous region of the Federal Republic of Somalia. A delegation from Somaliland, led by President Musa Bihi Abdi, is in Washington this week to meet with Congress, Biden Administration officials, and the private sector.

Last year, Risch introduced an NDAA amendment calling for a study regarding the feasibility of establishing a security and defense partnership with Somaliland, a provision incorporated and expanded upon in this bill.

Text of the legislation can be found here.