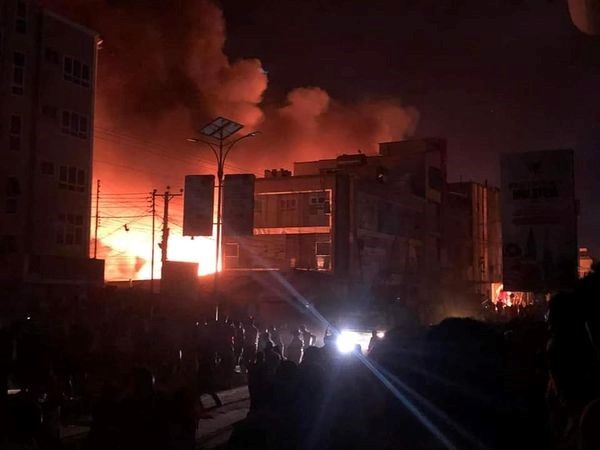 Waaheen Market blaze injured 28 people, destroyed more than US$2 billion worth of property

The Ministry of Foreign Affairs (MOFA) has expressed its sympathies to Somaliland over a fire that broke out Friday (April 1) at the Waaheen Market in the African country’s capital Hargeisa.

Wu also ordered Taiwan’s representative to Somaliland, Allen Lou (羅震華), to meet with senior Somaliland government officials to do the same. The East African nation has thanked Taiwan for its thoughts, per the Liberty Times.

MOFA also said in a tweet on April 2 that it extends its “heartfelt sympathies” to those hurt in the fire. “Although the damage is significant, we have full confidence Somaliland will rise like a phoenix from the ashes,” it said.

The ministry added, “Taiwan stands with its Horn of Africa friend and partner at this challenging time.”

The fire caused approximately US$2 billion in property damage, ABC cited Somaliland officials as saying. At least 28 people were injured.