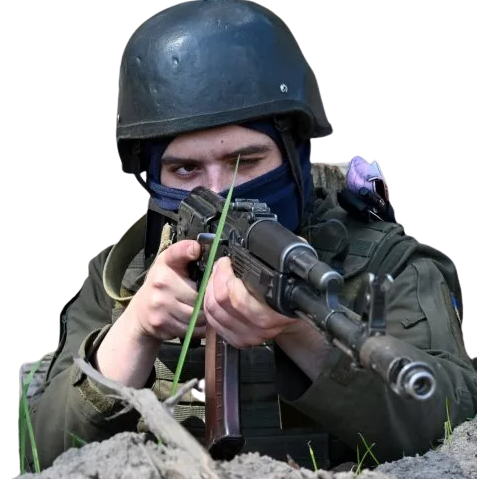 The Pentagon announced Friday morning that Secretary of Defense Lloyd Austin spoke to his Russian counterpart Sergei Shoigu for the first time in 84 days, urging “an immediate ceasefire.” Austin’s call, U.S. government sources tell Newsweek, comes after high-level White House deliberations where President Joe Biden and his national security advisors discussed a new intelligence assessment of Russia’s effort and the implication of Finland and Sweden’s announcement that they would seek NATO membership.

“There’s a general sense growing that Putin indeed is in a corner, not just in Ukraine where his army is failing, but also in facing an existential threat from Europe, now even more united because of his missteps,” says a U.S. senior intelligence official who has been involved in the deliberations.

U.S. intelligence now believes, based partly in a reading of new captured war plans and documents, that despite earlier statements, Russia has now backed away from any grand plan to take all of southern Ukraine.

“Odesa [Ukraine’s third largest city] is safe from Putin’s army and from coastal landings,” says the intelligence official who worked on the reassessment. “The Russians seem to have abandoned the notion of advancing on Mykolaiv,” the official says, while offensive efforts on the west bank of the Dnieper have been slowed by Ukrainian defenses and the ubiquitous logistics problems.

“It’s all artillery and missiles all the time,” says the official, remarking that the war has turned into a modern-day World War I, with largely static front lines. The official says that Ukrainian forces have pushed Russian ground forces away from Kharkiv, Ukraine’s second largest city, moving up to the Russian border.

Despite some slow progress by Russian troops in the northern Donbas area, everything else is stalled, the official says. “Even when Russian reinforcements do arrive, they are coming in piecemeal, in units of 600-700 soldiers that have been cobbled together, in odd conglomerations of forces with no real relationship to their higher headquarters, and with little fighting spirit. Meanwhile, Ukrainian units still

have high morale and excellent command and control and are reinforcing.”

As an example, the official points to the Ukrainian 58th Mechanized Brigade, which is moving from the north. “Things just do not look good for Russia,” the official concludes. “Air and missile strikes on railroad chokepoints and airfields have demonstrated Moscow’s desperation in cutting off the paths for new

western weapons from reaching the battlefield. Still, they are arriving.”

“The administration now recognizes the danger of a Ukrainian victory,” a second U.S. official says. “Now it’s not just victory on the battlefield. It’s Ukraine’s transformation into a western Army, another expansion of NATO, Austin’s statement that Russia itself is the proxy target for the United States.” The official, who works in the Pentagon, is closely following the Ukraine war and requested anonymity in order to speak about sensitive matters.

“I’m hesitant to say nuclear weapons,” the official says, “but certainly Putin might look for avenues to escalate, finding that he has few. He’s already lost almost a quarter of his entire army.”

In his talk with the Russian defense minister, Austin urged better lines of communication with Moscow, even if only on a military-to-military level, to avoid accidents and misunderstandings, according to the Pentagon.

“A nuclear drill involving Iskander missiles on May 5th spooked many [government people],” the second official says. “I can’t say that Austin and Shoigu explicitly discussed nuclear weapons but making nice now is surely a sign that the outspoken secretary is walking back earlier threats.”

Both officials agree that urging an immediate ceasefire is a bit of a change of direction for the Biden administration. The United States has not been involved in any of the negotiations, has not opened a backchannel to Russia, and even has been agnostic about a political outcome.

“There’s no question that Washington began to taste the possibilities of destroying all of Russia,” the first official says. “Now? They’re not so sure.”

According to the German government, Scholz urged “the swiftest ceasefire” and cited the looming food crisis precipitated by the war. Scholz called on Putin to quickly “improve the humanitarian situation on the ground and [make] progress in the search for a diplomatic solution to the conflict as soon as possible,” the German government said in a statement.

The Kremlin says that the Russian and German leaders discussed “the process of the Russian-Ukrainian negotiations. Putin complained that the talks are “essentially blocked by Kiev,” a signal that a third party such as Germany might be able to play a role in ending the fighting. Scholz and Putin agreed to continue their dialog “via various channels.”

On Thursday, Moscow called Finland’s announcement that it would seek full membership in NATO a “hostile” move, threatening retaliation, including unspecified “military-technical” measures. NATO-member Turkey also questioned Finland and Sweden joining the alliance, arguing that the two harbored Kurdish “terrorists.” Turkey has also hosted talks between Russia and Ukraine and the Turkish government has been trying to facilitate a diplomatic solution to the war.

“The crisis over Ukraine has deteriorated despite all our efforts,” official Turkish presidential spokesperson Ibrahim Kalin told the Turkiye newspaper. “Mutual mistakes, the quest for a new balance of forces and short-term gains promise strategic losses in the longer term.”

The US Defense Act Allocates $816.7 Billion to Defense