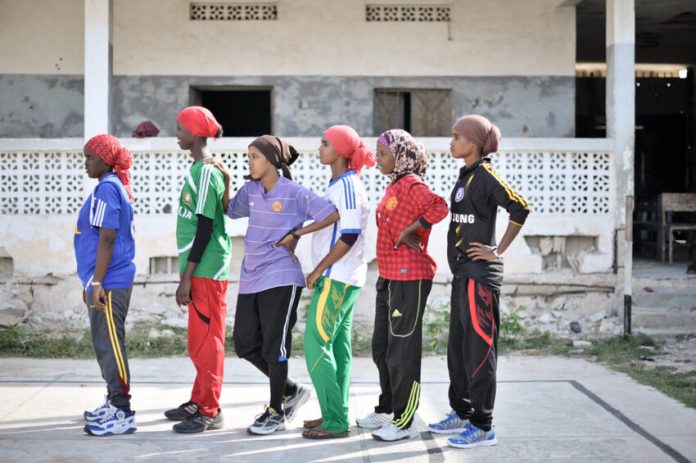 President Mohamud must honestly examine why thousands of children have been recruited by the militants, whether forcibly or otherwise.

Earlier this month, Somali legislators selected Hassan Sheikh Mohamud to become the country’s next president. In lengthy and long-overdue indirect elections, Somalia’s 328 MPs voted for the former president from 2012-2017 to return to the top job.

President Mohamud, who was immediately sworn in, faces numerous tough challenges. These range from a devastating drought that risks pushing millions into famine, to deep political divisions within Somalia’s federal government and with state authorities.

Arguably his biggest task, however, will be to tackle al-Shabaab and a recent rise in attacks. This March, suicide bombings killed 48 people in central Somalia. This month, an assault on an African Union base led to the deaths of ten peacekeepers.

In confronting this challenge, President Mohamud’s new administration will need to contend with the Islamist militants’ use of children. Al-Shabaab is known to use boys as spies, logistics operatives and combatants, including as suicide bombers. And it has been found to use girls as cooks, cleaners, and “wives” as well as to spy or move weaponry.

Tackling this war crime head on will be critical to saving thousands of children from myriad forms of abuse and, in some instances, death. But it will also be essential to combating the al-Shabaab threat as a whole. In almost all the groups’ acts of terrorism, young people are involved in some capacity.

Al-Shabaab has admitted to recruiting young people but has denied that it recruits anyone under 15, which would violate international law. The Islamist groups has said it enlists young people to religiously educate them. By contrast, research by security agencies, Human Rights Watch and academics suggests the militants use a combination of threats, financial incentives, and often brutal violence.

Al-Shabaab has forcibly enlisted thousands of young people against their and their families’ wills, but sometimes recruitment is more complicated. In some cases, desperate families in poverty volunteer their children as a last resort in return for money and support from the militants.

Al-Shabaab recruitment, among both adults and young people, benefits from discontentment among Somalia’s population. The country has a bulging young population with limited or no opportunities. Trust in the government and its security institutions are low, and not helped by the courts’ failure to deliver justice for victims of abusive security forces. Somali society is rife with corruption and inequality, exacerbated by the 4.5 clan power-sharing system. And millions are facing or are closely threatened by the prospect of a dire humanitarian crisis with inadequate local or international support.

In the face of this, al-Shabaab claims to be meritocratic and lures young recruits with the promise of money, marriage, and power. Most of al-Shabaab’s child recruits are from areas the group holds or has a significant presence in. But it is notable that its level of recruitment in big cities like the capital Mogadishu is reportedly increasing.

Once recruited – forcibly or otherwise – al-Shabaab uses vulnerable children for a variety of combat and non-combat operations. The Islamist militants benefit from the fact that young people are likely to attract less suspicion among security services and may be more susceptible to the group’s violent ideology.

Over the past decade or so, Somali’s federal government has attempted to combat al-Shabaab’s child recruitment in a variety of, ultimately ineffective, ways.

It has launched media campaigns, for instance, aimed at winning young militants back or dissuading those who might be tempted to join al-Shabaab. Because these campaigns focused on the evils of the terrorist groups rather than the needs of the children, however, they have made little impact.

From 2012, subsequent governments have also employed the use of amnesties and de-radicalisation programmes, run jointly with international partners. Since 2018, the office of the Prime Minister has had a working group for Combating Violent Extremism. These responses have similarly fallen short in addressing the reasons families may succumb to al-Shabaab in the first place. In these interventions, the voices and perspectives of children and their families have largely been missing.

Somalia’s de-radicalisation programme focuses on re-educating children who have returned from al-Shabaab or been captured in battle. The young people are made to face up to their crimes and denounce the group’s violent ideology. They are then supposedly provided with psychological support to reintegrate into society. It is impossible to assess the programme’s effectiveness, however, as it has never been publicly evaluated.

Nonetheless, the programme has operated as a feeder scheme for the Somali security services, including the army, police, and national intelligence agency. Many allegedly de-radicalised young people have been drafted into government service. Without a clear assessment of the programme’s effectiveness, this raises concerns that al-Shabaab could exploit this pipeline to infiltrate Somali security organisations.

Unless President Mohamud’s administration honestly examines the reasons that many young people and their families see joining al-Shabaab as an attractive or necessary option, the Islamist militants will keep winning the radicalisation war. To truly tackle child recruitment, his new government will have to recognise that al-Shabaab’s greatest tools in turning Somalia’s future generations against its present leadership are issues such as endemic poverty, social exclusion, lack of basic public services, endemic corruption, paralysed politics, and poor governance. An effective military strategy is also essential to combatting al-Shabaab – insecurity allows militants to use brute force, torture and abductions to recruit many child soldiers – but not sufficient.

Over three decades of civil war, the concept and uniqueness of childhood in Somalia has been lost for many. One of President Mohamud’s priorities on returning to office must be to work with international partners to win back the nation’s youth to a more progressive and peaceful agenda for national development. He did this as a pioneering educator and peace activist in the past; he must now do it as leader of the nation.

By LIBAN OBSIYE & LIBAN A. HUSSEIN