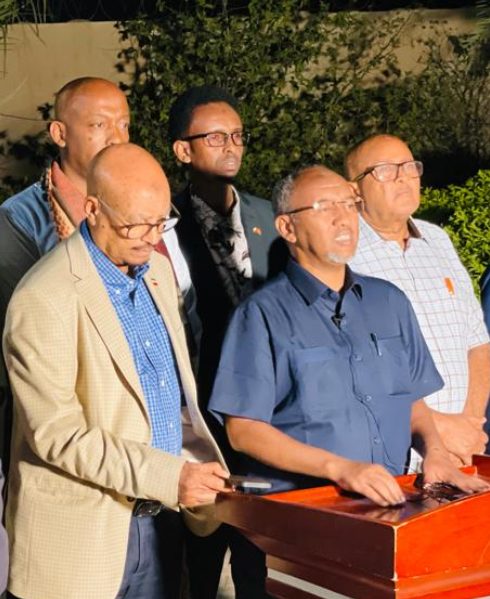 The two opposition parties of the Republic of Somaliland, UCID and WADDANI, issued Sunday yet another fiery directive this time designating a 15-member joint committee to organize nationwide demonstrations against what they call a government hijack of the country’s democratic process.

The nomination was worded as direct defiance of a government edict prohibiting such an action a day earlier following a ministry of interior rejection of a petition to demonstrate which the parties submitted it.

The Sunday press release stated that the objective behind the demonstrations was the ‘salvation of Somaliland’ in order to ‘bring back the government whose term is approaching end of its course to abide by the law, and save the democratic process it hijacked with it blatantly and openly interfering with the National Electoral Commission’.

But no date was set for the demonstrations.

“Today, Somaliland is going to be saved from the mal-governance, violation of (national) laws it habituates and the constitutional contentions it creates,” the statement went on to underline.

The opposition press statement comes a day after the Somaliland Ministry of Interior categorically denied the opposition the right to hold ‘peaceful’ country-wide demonstrations. The ministry ordered all security branches of the government to see to it that national ‘peace is not disturbed.’

The Ministry said the application submitted did not comply with the protocol permitting demonstrations of this kind to be held across the country.

Minister Mohamed Kahin, himself, at a press conference he held at his office also accused the opposition of asking the government to put the opening of political associations on hold in exchange for an extension of term to the government that they will not protest against. 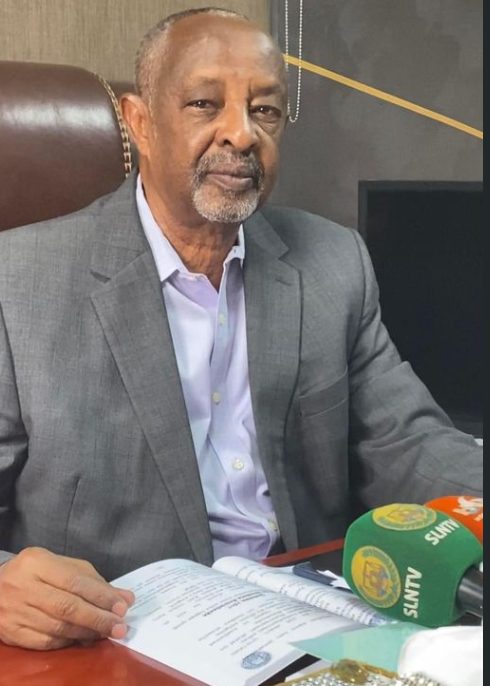 “The constitutional term of political parties is ten years. It will end on 26 December 2022 for Kulmiye, Waddani and UCID parties. Law No. 14 calls for the opening of political parties six months before the term of the national parties expires. That is the law. Those are areas that the government cannot change at will,” he said.

Although the ministry statement did not say so as clearly, the government was apprehensive of massive demonstrations or that they will be entirely peaceful.

Waves and waves of opposition supporters, especially Waddani’s, have dominated the Somaliland media outlets and television airwaves vociferously and – sometimes quite unlawfully – calling for armed opposition to the government.

Many of those supporters openly called for civil strife vowing that they will take up arms to violently topple the incumbent Kulmiye government.

The violent calls followed it appears, a cue given them by the Waddani presidential candidate, who called on youthful supporters of the party he founded to wait for his whistle to ‘sacrifice their blood’ for the party – and his candidacy. The Candidate had a whistle draped down his neck.

This coupled with an absence of culture on peaceful demonstrations on the part of the public and of tolerance on the part of security forces generally in Somali-inhabited territories whether it be in Somaliland, Somalia, Djibouti or elsewhere, the government apprehension on how the demonstrations of incensed supporters can turn out to be is understandable on the larger part.

On the other hand, the government is accused of intentionally kindling the embers of conflict and dissent.

The President is also blamed for naming a seven-member registration committee the majority of which lean towards loyalty to the Kulmiye party.