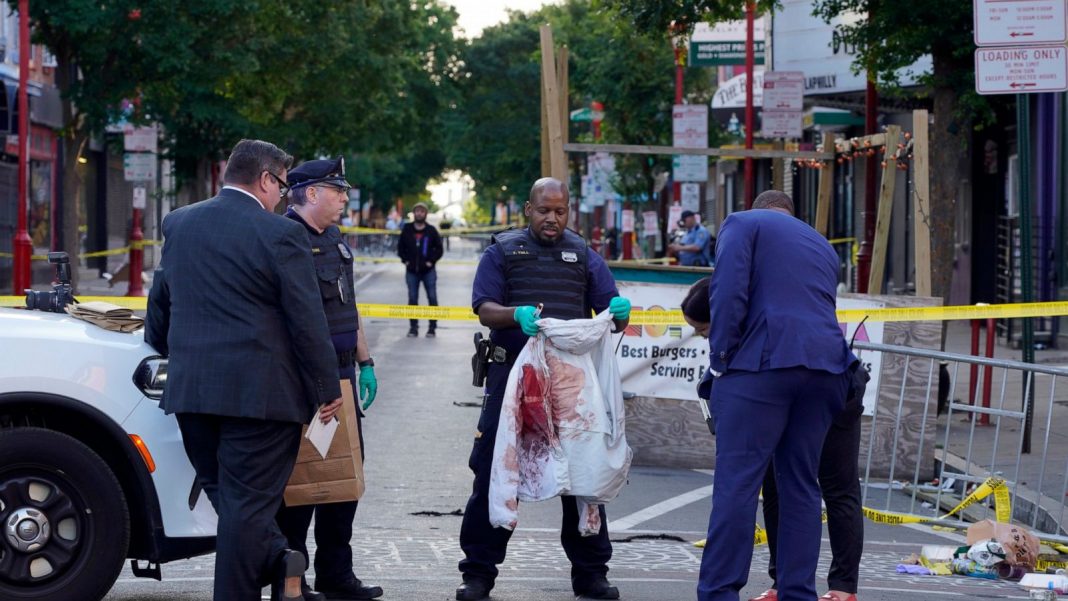 Three people have died and at least 11 others were injured in a mass shooting in Philadelphia late on Saturday night, authorities said.

The Philadelphia Police Department responded to reports of gunfire in a large crowd on South Street at around 11.30 p.m.

An officer fired at a shooter while the person was firing a gun, Pace said. It was not clear if the suspect was hit, but they did drop their gun and flee, NBC 10 Philadelphia reported.

“You can imagine there were hundreds of individuals just enjoying South Street, as they do every single weekend, when this shooting broke out,” Pace said.