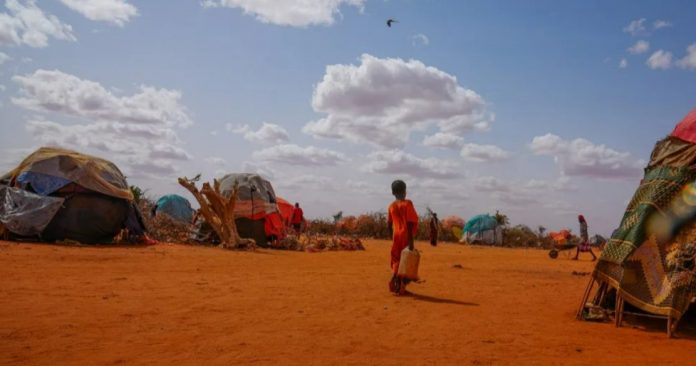 Two years after raising the alarm on the dire situation of children affected by conflict in Somalia, a new report shows that grave violations against children committed by all parties to conflict continue unabated. Children in Somalia are recruited and used, killed or maimed, abducted, and subjected to rape and other forms of sexual violence at staggering levels, making Somalia one of the direst situations on the children and armed conflict agenda.

The sixth report of the Secretary-General on children and armed children in Somalia shows that a total of 8,042 grave violations against 6,501 children (5,108 boys and 1,393 girls) were verified between October 2019 and September 2021. A worrisome trend involves children experiencing more than one grave violation, with at least 1,370 children affected by multiple violations, especially recruitment and use and abductions which were often perpetrated in conjunction

“The situation of children in Somalia is devastating and compounded by a highly volatile political and security environment and a dire humanitarian situation, exacerbated by the COVID-19 pandemic and recurring floods and droughts related to the climate emergency,” said the Special Representative of the Secretary-General for Children and Armed Conflict, Virginia Gamba.

Grave violations spiked in 2020, in part due to COVID-19 response measures affecting the closure of schools, which exacerbated children’s exposure to violence and grave violations.

At least 1,857 children were killed or maimed, a significant increase mainly due to the intensification of conflict, armed confrontations between parties, and a surge in IEDs attacks. Most child casualties resulted from crossfire, explosive devices, mines, gunshots, physical assaults, and indiscriminate shootings.

A high number of cases (701 children) of rape and other forms of sexual violence was verified, with accountability remaining low. “Knowing that sexual violence remains vastly underreported in all situations due to stigmatization, risks of reprisals, lack of accountability, and the absence of adequate support services for survivors, the actual figures are likely to be much higher, which is extremely disturbing,” the Special Representative said. More than half of these cases (427) were attributed to unidentified perpetrators, making accountability even more challenging. Around 79 girls were forcibly married to Al-Shabaab fighters during the reporting period.

The detention of children for their alleged association with armed groups remained alarming, impacting 415 children. The Special Representative urges the Federal Government and federal member states to treat children allegedly or actually associated with armed groups primarily as victims, to use detention only as a measure of last resort and for the shortest appropriate period of time, and to refer them to reintegration programmes as well as to adopt age verification guidelines. She also expresses deep concern about cases of the death penalty imposed on children, as seen in Puntland.

Amidst Challenges, Engagement for Progress

Although these figures are deeply disturbing, there has been some progress by Somali authorities to increase the protection of conflict-affected children, including at federal member states’ levels.

The cooperation of the national working group on CAAC with the United Nations yielded some positive results and the establishment of working groups at federal member state level was a positive development. Continued screening exercises by the Federal Government to ensure that persons below the age of 18 are not recruited into the Somali National Army or the Somali Police Force have also resulted in some improvement.

However, the lack of progress regarding domestic legislation and policies on child protection and attempts to weaken draft legislation on children and on sexual violence are very troubling. This includes attempts to lower the age of the child from 18 years to 15 in the revised Constitution as well as the drafting of an alternative to the 2018 Sexual Offences Bill – the 2020 Sexual Intercourse-Related Crimes Bill – which would legalize child marriage. Other draft legislations, such as the Child Rights Bill, a Child Rights Policy in South-West State, and a Sexual Offenses Bill and Child Protection Policy in Jubaland remained under review. The Special Representative urgently calls on the Federal Government to address current gaps in the legislative framework in line with Somalia’s international human rights commitments.

Overall, and as against the progress initially registered after her visit in late 2019 to Mogadishu and other parts of Somalia, the Special Representative notes that the significant delays in the electoral process hampered the United Nations’ efforts to engage with the Government on ending and preventing grave violations and calls for a renewed engagement following the Presidential elections. The Special Representative further indicated her aspiration to again visit Somalia during 2022 to accompany the need for urgent progress in engagements.

“We must continue to engage closely with all parties to end and prevent all grave violations against children and will continue to support the Federal Government in fully implementing its existing child protection commitments, specifically the 2012 action plans to end and prevent the recruitment and use and killing and maiming of children and the 2019 Roadmap” said Virginia Gamba. “We must recognize that protecting children in Somalia is closely intertwined with the prospects of sustainable peace in the country and that ending and preventing grave violations must be central to peace and security efforts,” she added.

Note to the editors:

Attacks on schools and hospitals: 99 attacks (92 against schools, 7 against hospitals)