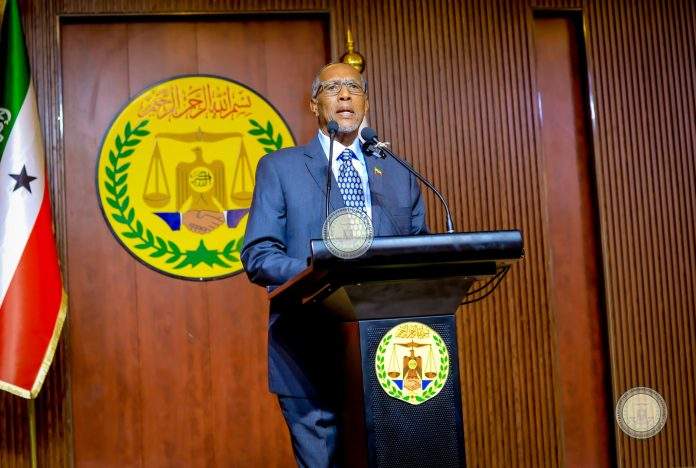 Speaking at an occasion held at the Presidency last evening marking the 62nd anniversary of the independence of the former Somaliland protectorate from Britain, President Musa Bihi Abdi, re-affirmed his government’s commitment to respect the rightful demands of one of the largest clans in Eastern Sanaag for their fair share in the government.

“They have every right to demand a fair share in all aspects of the Somaliland government including its leadership, security branches, judiciary, and government employ as well as in the development matrices of the country,” President Bihi stated in his address at the occasion.

The President also expressed how immensely grateful he was to the clan leaders convening in Erigavo and the clear terms they stated in the communique released at the end of the convention.

The president intimated that participating in the closing ceremony of the meeting was more than an eye-opener in every which way one looked at it. The Speakers of the two houses of the bicameral parliament of the Republic of Somaliland, among other top leaders, accompanied him on this fruitful trip. 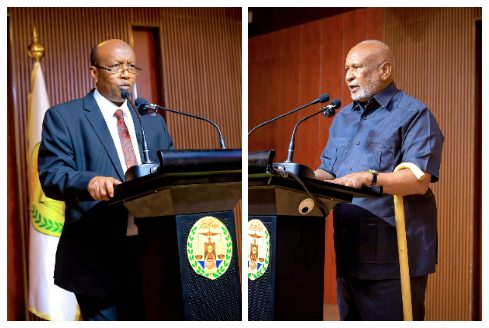 “The roles the Speaker of the Upper House, Hon. Suleiman Mohamoud Adan, and the Speaker of the House of Representatives, Hon. Abdirizak Khalif Ahmed, played in the final statement of the terms of the agreement between the government and the community, was not only selfless but incalculable,” President Bihi said.

The two speakers are also presently in the midst of a mediation shuttle between President Bihi and the leaders of the two opposition parties of WADDANI and UCID mired in a contentious tussle relating to the schedule and sequences of upcoming elections. The Speakers were thrown into this role partly because of their official capacities and partly because of the respect both command among the contenders at both camps.

At the end of the vast-based clan (Warsangeli) conference held in the regional capital of Sanaag, the Republic of Somaliland, from the 1st to the 15th of June, 2022, the leaders of that community, largely living in the easternmost part of Sanaag, decided to claim back what it missed of governance, development, judiciary and legislative branches of the Somaliland government. The clan dithered on the peripheries for the past three decades. As a result, the region – occupying more in area than many of the other Somaliland regions – missed much in education, health, water, infrastructure development, governance, security, share in leadership, legislative council, and judiciary.

The resolution reached by the convening clan was a major departure from a clan allegiance that led the community out from the rest of Somaliland with whom it shared undeniable historical, geographical, social, and ethnic ties. Instead, political aspirants moved support across the border to Puntland – one of the Somalia federal states with whom it only shared clan affiliation.

The community in question is headed by Sultan Sultan Abdisalam tracing back lineage to one of the oldest clan hierarchies in both pre-, and post-independence Somaliland.

Somaliland has not been part of Somalian-dominated Somalia since 1991. In contrast to their erstwhile junior partners in the 1960 ill-fated merger, the Republic of Somaliland held 8 1person1vote ballot exercises that decided the change of places of three presidents, a referendum of the national constitution, two elections of the parliament, and three elections of municipal councils – the latest of which was held on 31 May 2021.