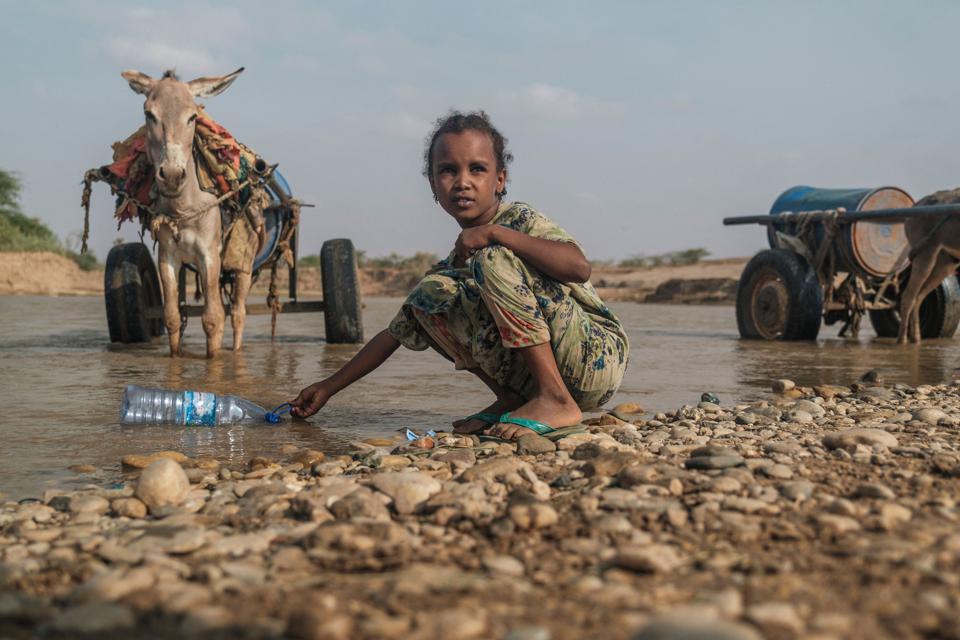 As seven of the world’s wealthiest nations meet, it has been revealed that billions of dollars in aid for the poorest countries are being rerouted into climate finance, with G7 nations appearing to indulge in what amounts to a form of creative accounting with regard to their international commitments.

A new report from the charity CARE shows that, rather than providing additional money to help developing nations respond to climate change as promised under international agreements, wealthy states like the U.S., Canada and France are consistently overreporting the amount of money they’re providing, while diverting money meant for other development programs.

In total, CARE found that an estimated $103 billion of climate finance reported by G7 nations has simply been siphoned straight out of development aid budgets, including funds intended for health, education, gender equality and poverty alleviation.

Between 2011 and 2018, the G7 countries—Canada, France, Germany, Italy, Japan, the U.K. and the U.S.—claimed to provide some 85% of the $220 billion in climate finance reported to the UN. But CARE’s analysis suggests most of that money was rerouted from existing schemes, so that G7 nations accounted for just 2% of the additional climate finance provided by developed economies.

“It is quite shocking to see that the world’s leading nations do not care about their international commitments to support climate and development in poor countries,” said John Nordbo, a report author and senior advocacy adviser at CARE International. “Instead of being the backbone of global governance, these countries, in reality, undermine international cooperation and create mistrust in the rest of the world.”

Most of that climate funding has failed to materialize. But the findings from CARE suggest that failure is even more egregious than previously acknowledged: not only are nations not stumping up the cash they promised in Copenhagen—the money they have managed to provide has simply been withdrawn from other essential support.

The report also notes that rich nations are also routinely failing to provide the 0.7% of gross national income as ODA.

CARE found that just three countries—Luxembourg, Norway and Sweden—consistently provided at least 0.7% their income as as ODA, while also providing strong additional climate finance. In comparison, despite reporting large quantities of finance, the G7 economies provided close to zero additional money. Of the seven, only the U.K. succeeded in doing nominally more than nothing, contributing an average of just $1 per capita per year.

The country providing the lowest amounts of both reported and additional climate finance was the U.S. Despite being the largest economy in the world and accounting for 24% of global income in 2018, America reported just 0.01% of its GNI as climate finance between 2011 and 2018.

Meanwhile, the comparatively small economies of Luxembourg, Norway, and Sweden, representing just 2% of the rich nations’ total GNI, provided 81% of the additional finance.

The report constitutes a credibility test for G7 leaders as they meet in Germany to grapple with a host of crises, including Russia’s invasion of Ukraine. While climate finance is expected to be on the agenda, CARE’s findings highlight a significant gap between the words and the deeds of some the world’s most powerful governments.

CARE’s findings have received scant attention in the Western media, but are of keen interest in the developing countries that did the least to cause climate change but are now bearing the brunt of its impacts.

Responding to the report, Pacifica Achieng Ogola, director of the Climate Change Directorate for Kenya’s Ministry of Environment and Forestry noted: “As the drought situation worsens in Kenya and across East and Horn of Africa, causing malnutrition and threatening the lives and livelihoods of about 20 million people, it is disappointing to see that developed countries still do not honour their climate finance commitments under the Convention and Paris Agreement.”

She went on: “Ahead of COP27, developed country parties must demonstrate that they are serious on delivering on their climate finance commitments, including doubling up finance for adaptation.”

CARE called on the G7 nations as well as other rich countries to renew their commitment to providing the $100 billion in additional climate finance, holding up the examples of Luxembourg, Norway and Sweden as states that are doing their fair share to support both development and climate action in the most vulnerable countries.

“Development and climate activities require substantially increased funding,” the report authors wrote. “Diverting funds from tackling poverty to support the response to climate change is unjust and attributes the responsibility for action to the world’s poorest, who have contributed least to the crisis.”