In July, a UN human rights officer embarked on an outreach visit to the Horn of Africa’s Sool and Sanaag regions, a seven-day round-trip of more than 1,600 kilometres by road

Located at the northern tip of the Horn of Africa, Sool and Sanaag are two regions known for their striking landscapes and rich, untapped natural resources.

They are home to some 600,000 people, whom the United Nations tries to support in a range of areas of development, including human rights. In this respect, insecurity, violent clashes between different clans, gender-based violence, arbitrary arrests and detention, and challenges to the right to freedom of expression are some of the more pressing concerns.

But getting to Sool and Sanaag is no straightforward journey – going by road from the Somaliland capital of Hargeisa involves a round-trip of more than 1,600 kilometres by road.

And that’s exactly what a UN team did recently as part of its regular outreach efforts. 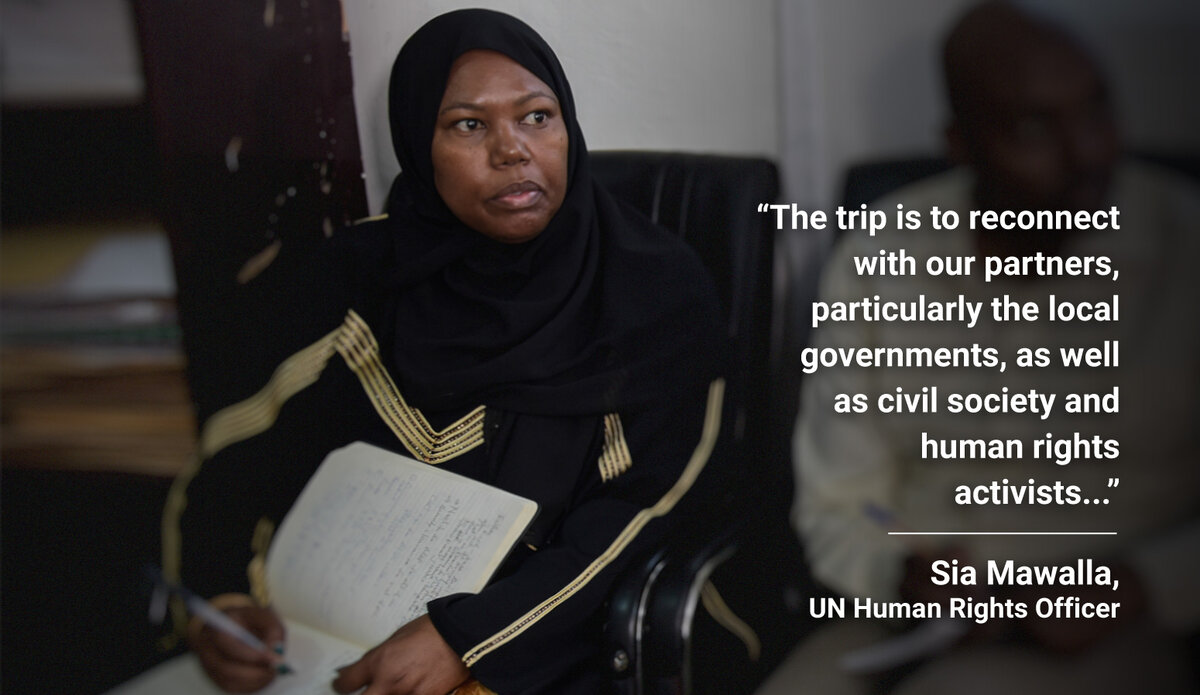 While insecurity can make travel challenging, when an opportunity arises, UN officials in Somaliland don’t hesitate to embark on such field trips to better understand and support the people they serve.

Headed by a UN human rights officer based in Hargeisa and in a convoy of five vehicles, the team spent a week traversing the two regions’ roadways, amidst some stunning scenery, to meet with partners, local authorities and civil society representatives.

FRIDAY – Leaving Hargeisa: The members of the UN team are up bright and early. They need to – they have an 11-hour journey ahead of them to their first stop, the south-eastern town of Oog in the Sool region. 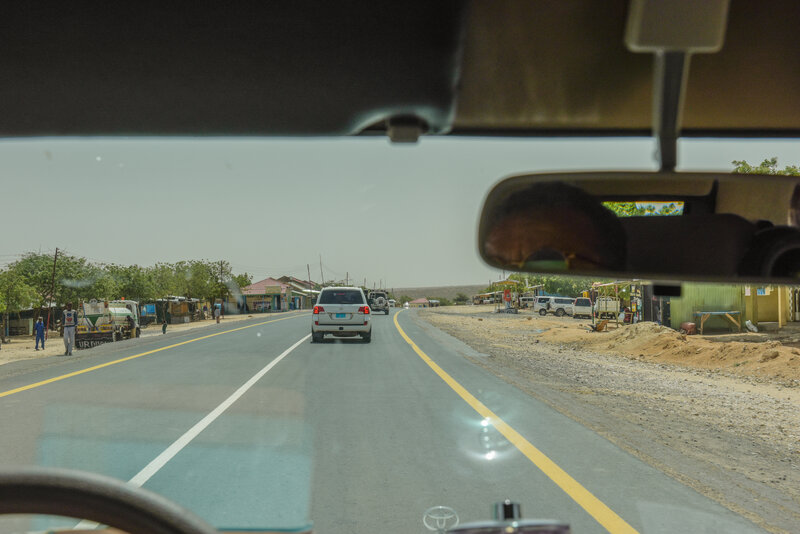 The drive from Hargeisa to Oog is not a straightforward one, with the team needing to follow the winding, asphalted road route. The team first heads north to the Somaliland coast along the Gulf of Aden, stopping for lunch in Berbera, the capital of Somaliland’s Sahil region, before twisting back inland to Burao in the Togdheer region and over mountainous terrain going south-east to reach Oog just after 9:00 p.m. that night. 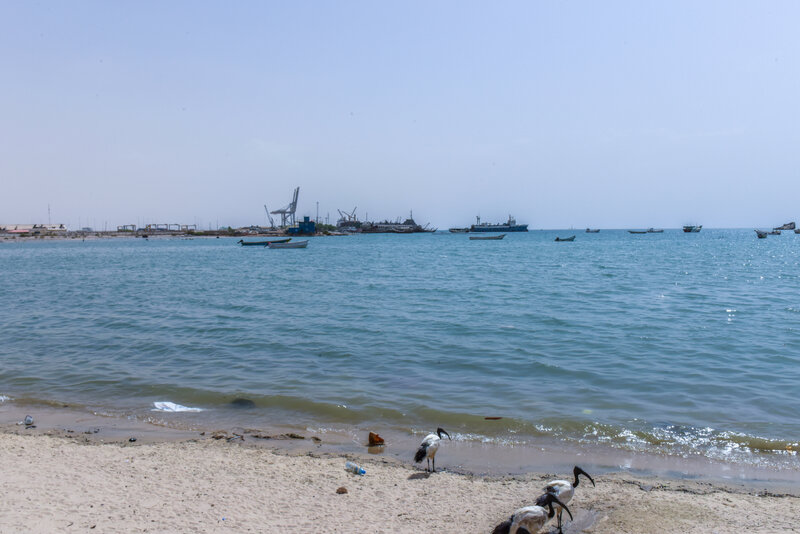 The town of Oog serves as a stop-point on the way to the two regions’ capitals: Ceerigaabo in Sanaag and Laascaanood in Sool. It’s also a break for the team to stretch their legs, grab a bite and rest for the night before continuing their journey.

Despite the long hours of driving, with all-too-brief pitstops, the goal of the road trip is clear in the mind of team leader Sia Mawalla, a UN human rights officer based in Hargeisa.

“The trip is to reconnect with our partners, particularly the local governments, as well as civil society and human rights activists. And by reconnecting, I mean meeting them and finding out their greatest challenges, their opportunities, and how we can collaborate even better than how we have been collaborating so far. And in addition to that, we also want to have an idea of the human rights situation in the Sool region and the Sanaag region. What are the pertinent human rights issues?” Ms. Mawalla says. 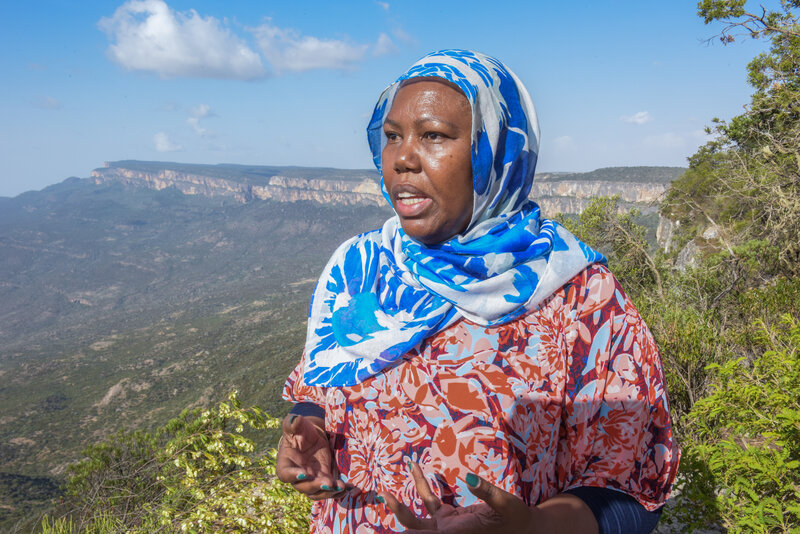 “We especially want to meet and talk with marginalised and vulnerable groups, including persons with disabilities, minorities, internally displaced people (IDPs) and women,” she adds. “We go anywhere we can reach the most vulnerable in local communities because they are the most impacted by human rights issues.”

SATURDAY – Reaching Laascaanood: Once again, the UN team is up at the crack of dawn to hit the road and get to Laascaanood, the capital of the Sool region, some two hours away by road.

There, they have a full schedule of meetings.

“There are many human rights violations here, for instance, clan clashes, gender-based violence and murder. The government seems to be too busy to tackle these challenges. There is a need to strengthen press freedom and capacity-building for police and law enforcement agencies. The police need modern facilities and massive capacity-building. The media needs to be enlightened more so that they relate to the issues affecting the region,” Jamaa Abdiweli Ali, a civil society representative, tells the UN team. 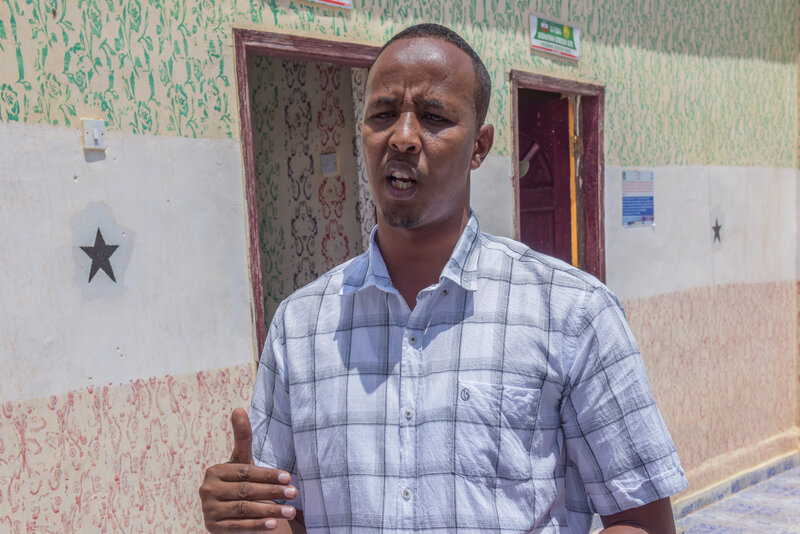 NDRA’s Maryan Abdullahi Warsame adds to the teams’ understanding of the challenges faced there.

“We have many IDPs [internally displaced people] in the Sool region – we conducted a census in November 2021, in coordination with IOM [International Organization for Migration]. We have 47 camps with a population of 59,260, equivalent to 9,870 households… They do not have sanitation facilities nor decent housing. The place is also dangerous for women since it is not well-lit. Since the place doesn’t have toilets, decent housing, water, electricity and jobs, these people here really need support immediately,” she says. 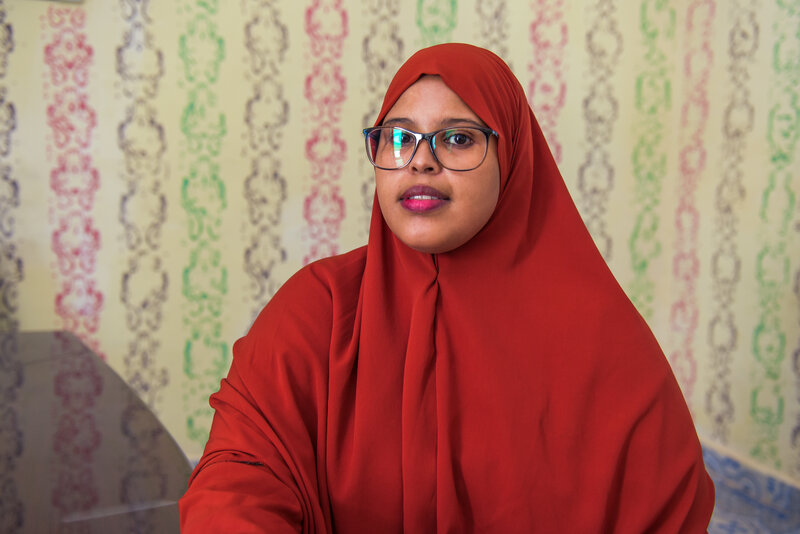 Security is always a consideration on these road trips and the team retraces its path back to the town of Aynabo, also in the Sool region and some 100 kilometres away, where it has an early dinner and rests for the night. 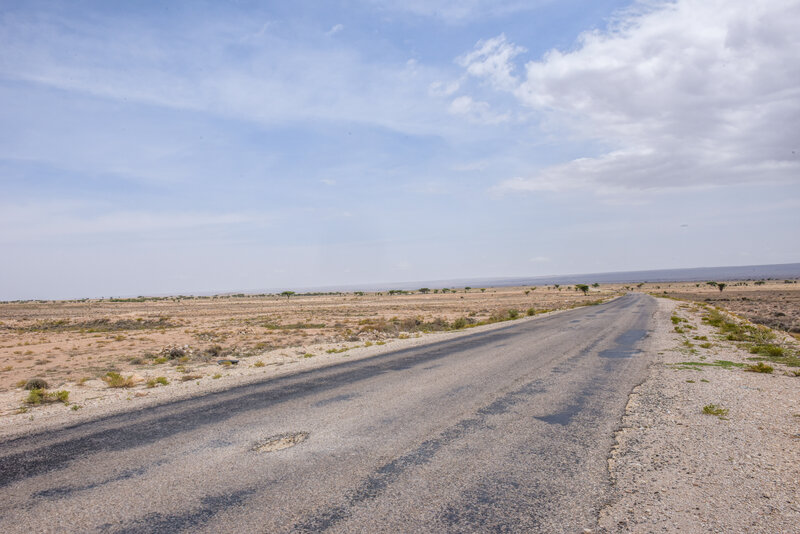 SUNDAY – Leaving Aynabo: Once rested, the UN team leaves early for another long stretch on the road: seven hours of driving, first back to Laascaanood and then turning north to make its way towards the capital of the Sanaag region, Ceerigaabo. Traffic is light, but the convoy drivers still need to be careful as there are camels to avoid!

For this leg of the journey, to begin with, the roads are asphalted, with a change to a bumpy mix of bitumen and dirt roads and then to approximately 268 kilometres of a newly-constructed road between Afmadow and Ceerigaabo. It involves driving all day and into the night, through some stark and striking scenery – but also involves stopping at camps for internally displaced people to hear from them about the challenges they face.

At one of the stops, at the Karashal IDP Camp in Sanaag’s Garadag district, located close to 300 kilometres from Ceerigabo, camp resident Hodan Barre Yusuf tells the team about the living conditions she and others face each day. 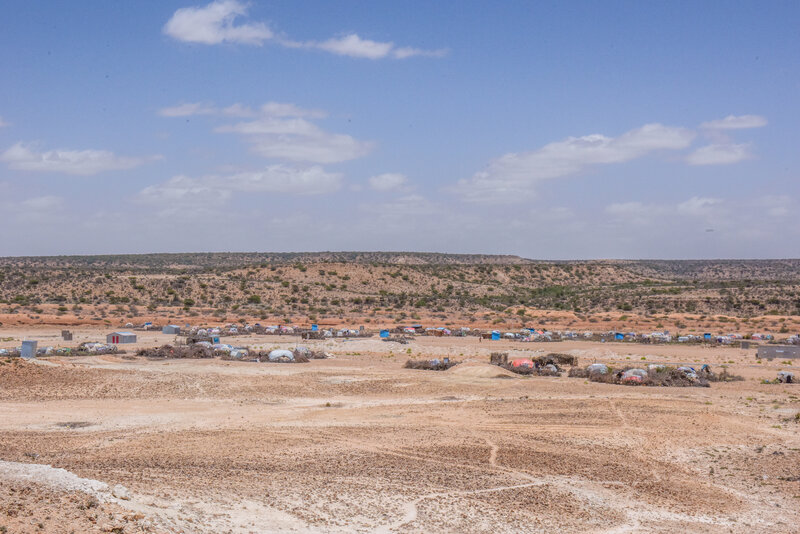 “I have been living here for six years. We used to be nomadic pastoralists. Displaced people were brought here from Sool, Sanaag and other regions… the people here have a lot of needs like access to water, food and shelter. As you can see, we really need emergency aid support,” she says. 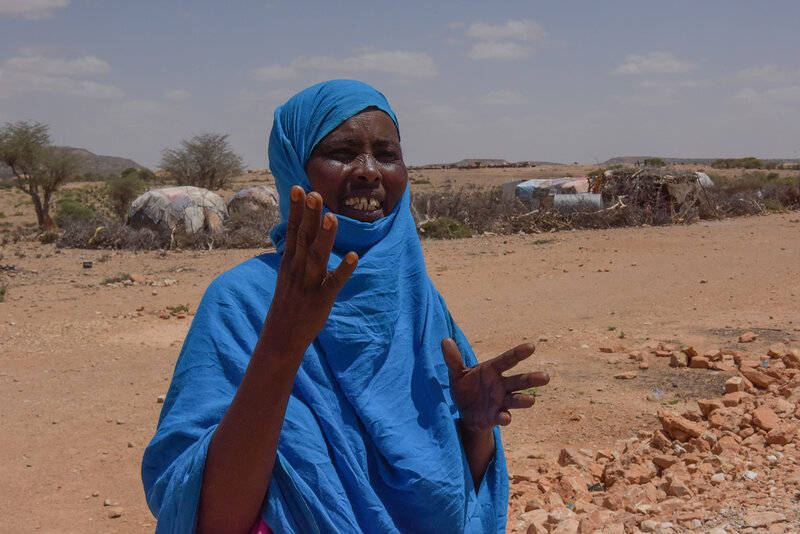 The UN team takes note of what Ms. Yusuf and others tell them and then continue their drive.

At around 5:00 p.m, the team finally arrives in Ceerigaabo and crashes for the night. Its members have another full day of meetings ahead of them. 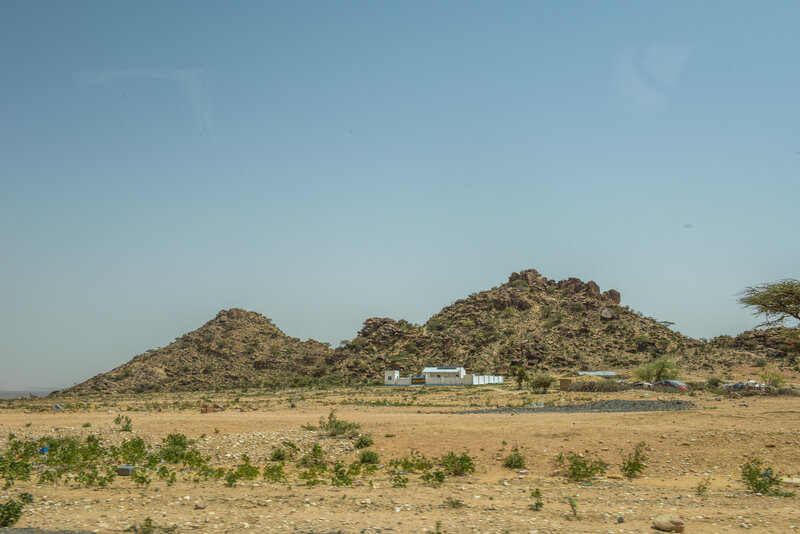 MONDAY – A day in Ceerigaabo: After a night’s rest and a hearty breakfast, the team is up early for its meetings of the day: the first encounter is with the governor of Sanaag region and the mayor of Ceerigaabo.

Soon after this meeting, the team heads to the regional offices of the Ministry of Employment, Social Affairs and Family, where it meets with representatives of civil society organisations working on human rights issues in Sanaag.

“While minorities do have an opportunity to go to primary schools in the Sanaag region when it comes to secondary education or even higher education, they are not able to access the right to education because they do not have the economic means to support their children in pursuing higher education,” Ms. Mawalla says after meeting local representatives of the minority Gabooye clan. 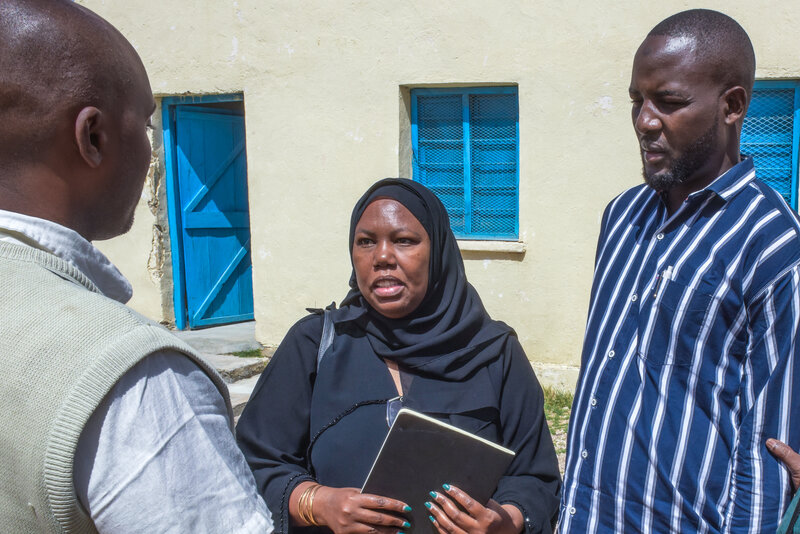 Among the civil society organisations the team meets, there is also one representing persons with disabilities. The troubling challenges they face are made very clear in their meeting. 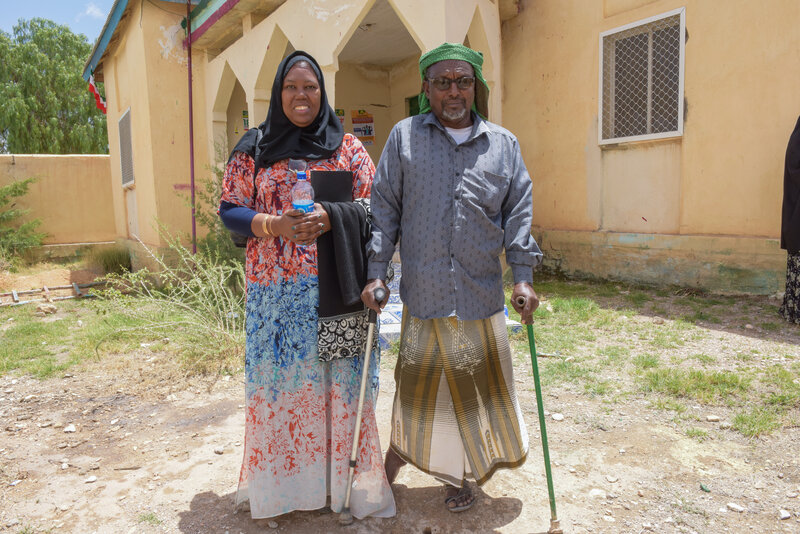 “When we try to get justice for the victims and survivors, our efforts are undermined by the alternative dispute resolution mechanisms within the community, which involve clan elders from both sides mediating the disputes, with some cases ending up with the rape survivor being ordered to marry her rapist,” he adds.

By necessity, schedules on these road trips need to be flexible as plans for meetings can change unexpectedly. So it happens later in the day with the afternoon’s meetings pushed back to the following day. 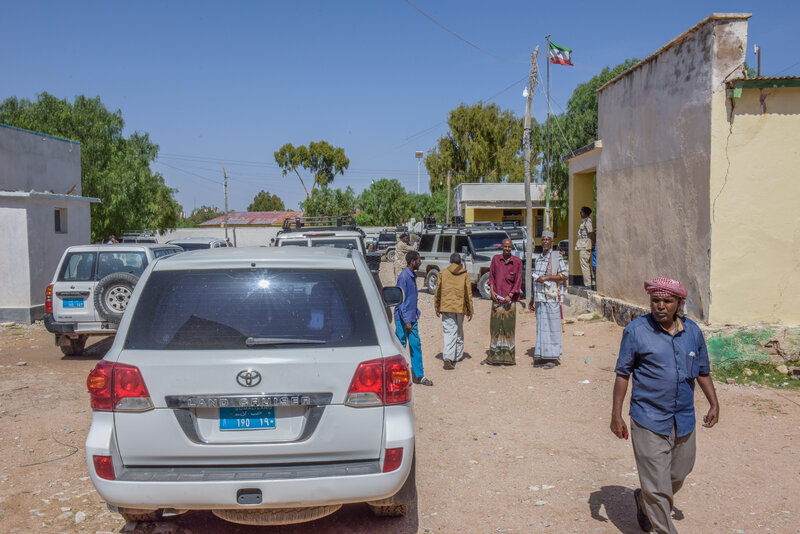 This leaves the UN team with a few spare hours before nightfall – they make the most of these with a quick drive to the Daallo National Park, which offers spectacular views of unspoiled wilderness, a dense forest on a limestone and gypsum escarpment. 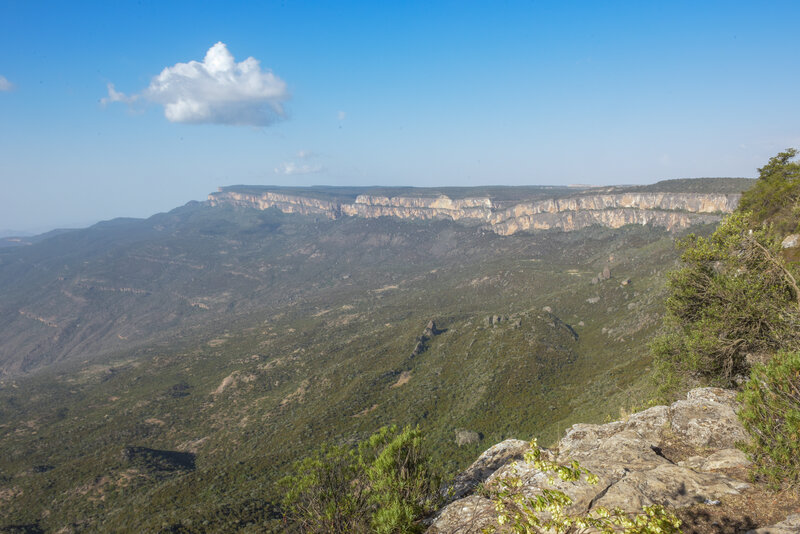 Near the park, they also stop to pay their respects at a site believed by some to be the resting place of Queen Araweelo, a local figure famous in traditional Somali folklore for her efforts in defying gender roles and empowering women some 2,000 years ago. 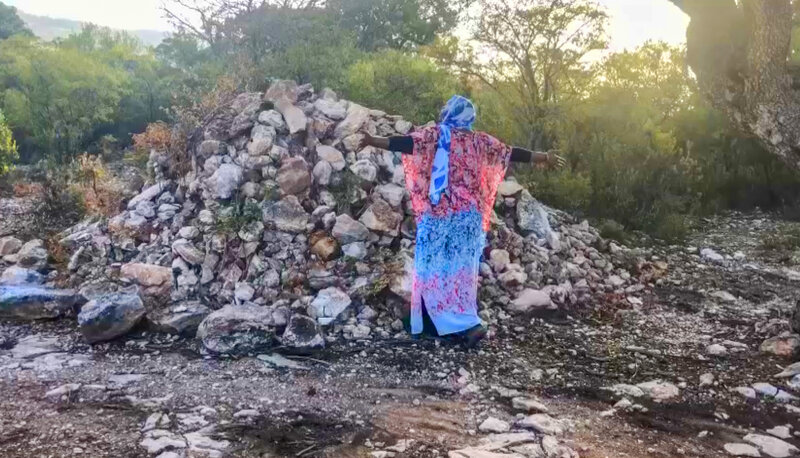 TUESDAY – Leaving Ceerigaabo: After more meetings with representatives of the minority Gabooye community in the morning, the UN team gears up for the long drive back to Hargeisa. 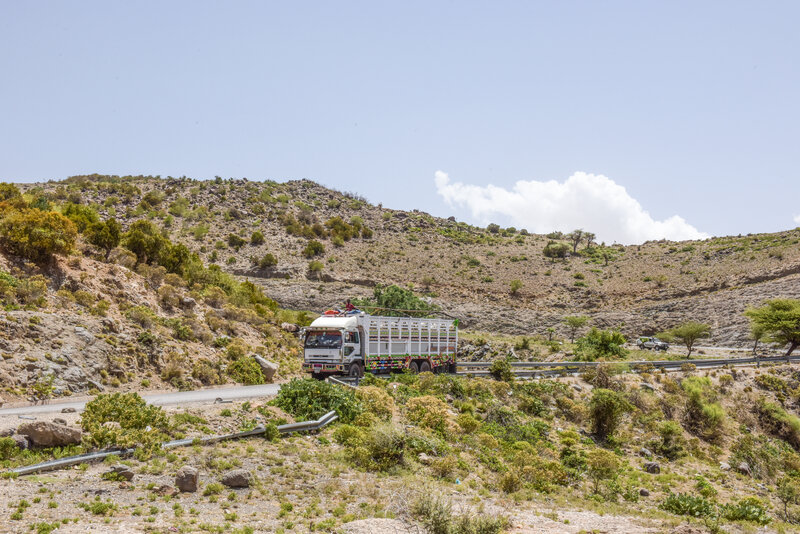 The team re-traces its route, driving southwards back to Afmadow, but then turns westwards towards Burao, the capital of Somaliland’s Togdheer region, where it spends the night. 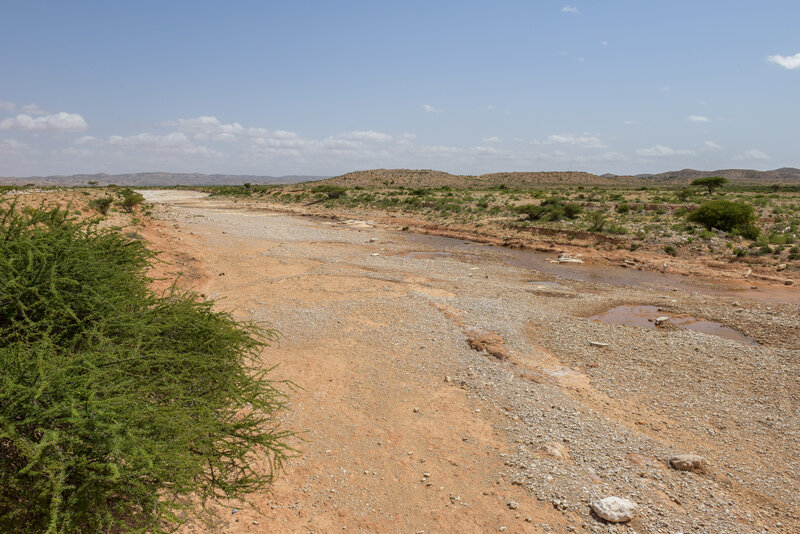 The drive is eight-hours long but to break up the monotony the team enjoys the views and also pauses at roadside stops for a favourite treat: camel-milk tea. 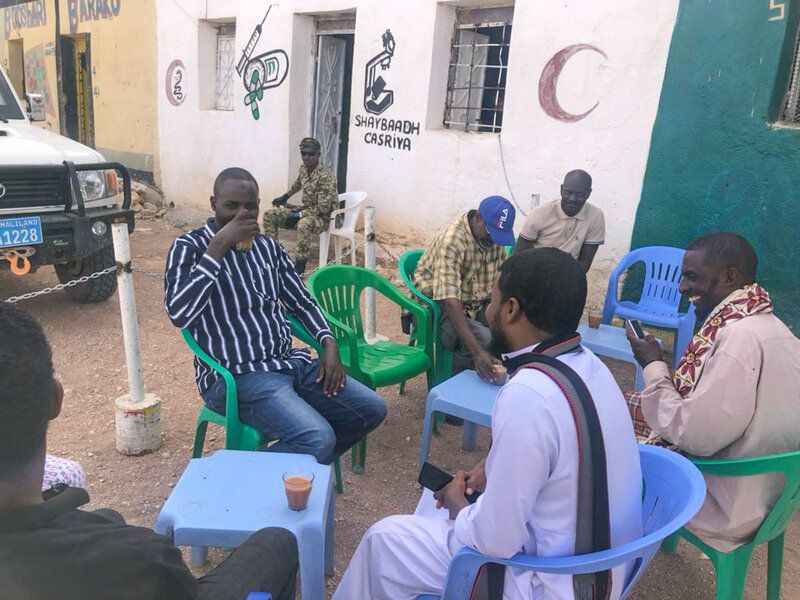 When they finally arrive in Burao, they’re greeted by a spectacular sunset. 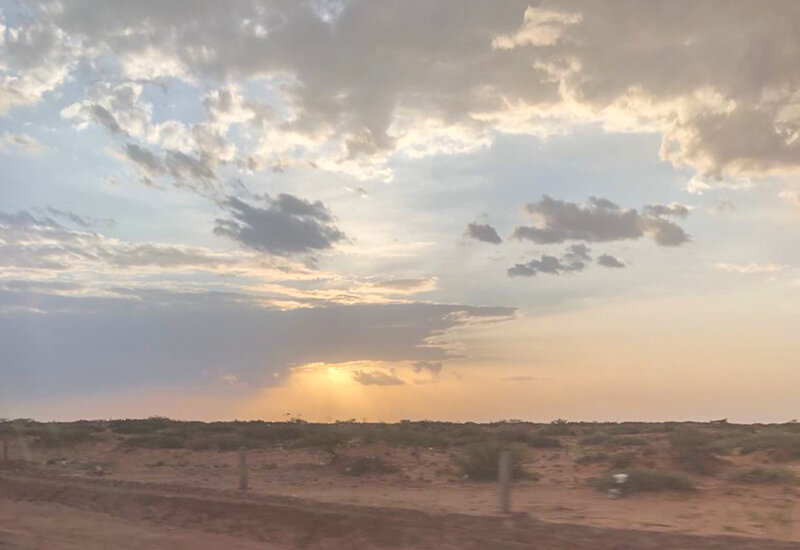 WEDNESDAY – Return to Hargeisa: The UN team is now on the last stretch of its journey: a seven-hour drive from Burao to Hargeisa.

Keen to finally return and end the hours of driving, the team stops for a quick lunch break in Berbera, and then drive on to Hargeisa where the team members get some well-earned rest, satisfied that the past seven days have been productive, if tiring. 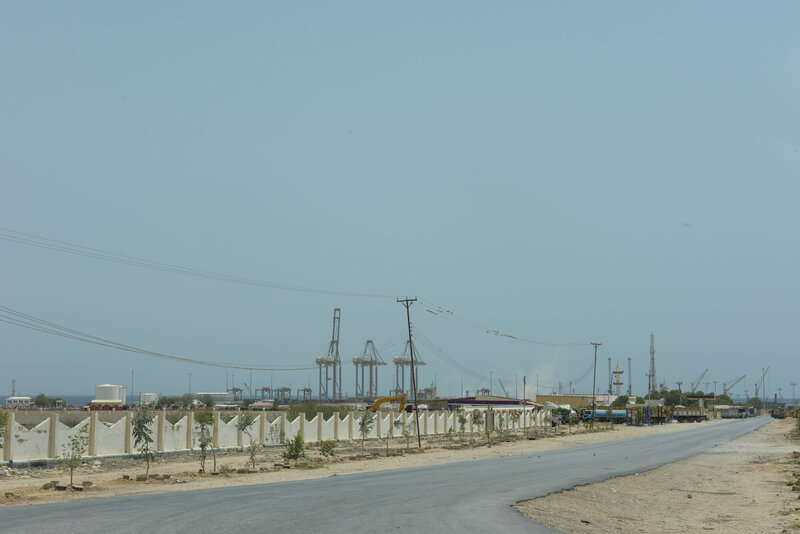 “This week-long mission to the Sool and Sanaag regions has been very useful. We have been able to reconnect with local governments, we have reconnected with some of the civil society organisations we work with and with human rights activists,” Ms. Mawalla says, upon her return to the UN compound.

“They showed us some of their work, they explained some of their issues. Having these face-to-face meetings really helps us understand what our partners really require from us,” Ms. Mawalla adds. 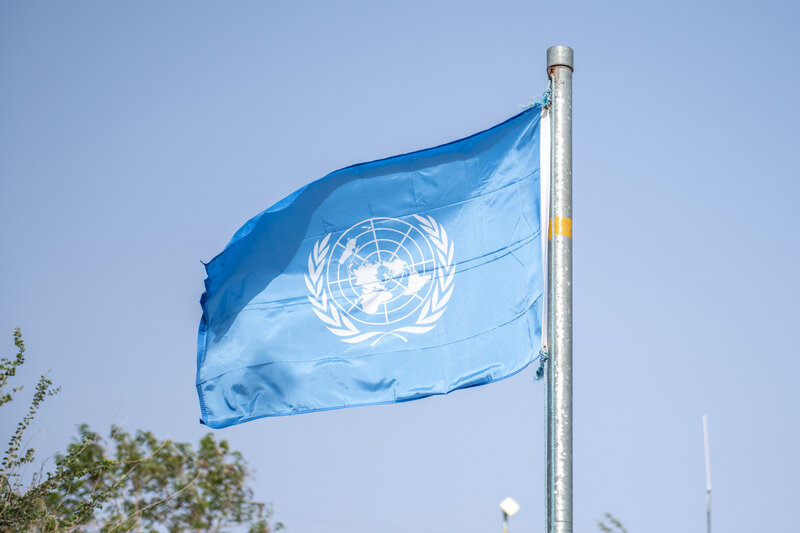 THURSDAY – In the office: While the road trip is over, the UN team’s work is far from over. At the UN office in Hargeisa the next day, Ms. Mawalla and her colleagues start consolidating their findings and plan for the next steps in how to support the people of Sool and Sanaag.

“From the human rights side of things, the mission has enabled us to reconnect with our partners and the local government, thereby strengthening our network. In addition, following requests from our partners, we shall conduct capacity building activities in the two regions, focusing on monitoring and reporting of human rights, particularly those issues that are prevalent in these regions, with a focus on marginalised and vulnerable groups such as persons with disabilities, women, minorities and IDPs,” says Ms. Mawalla. 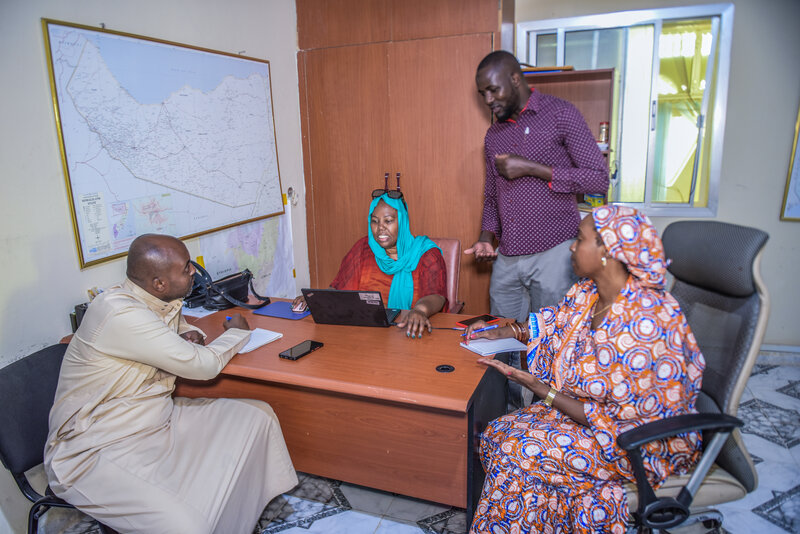