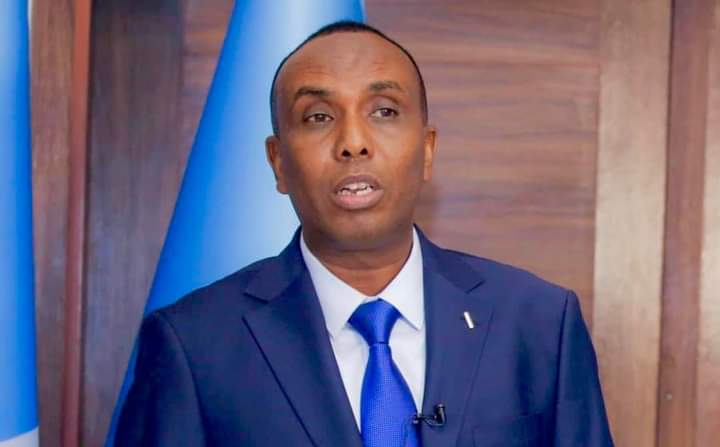 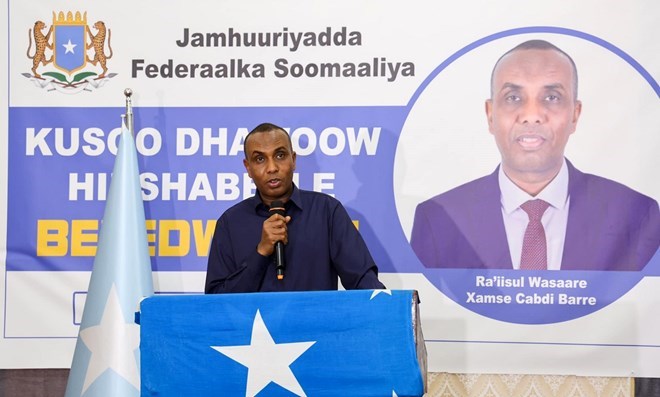 Somali Prime Minister’s delegation was briefed on the drought situation in the Hiiraan region as well as ongoing security operations against Al Shabaab.

Prime Minister Barre said that his visit to Beledweyne was to build up troop morale as government forces continue their offensive against Al-Shabaab.

“I have repeatedly stated that my government will prioritize the liberation of Al Shabaab-controlled areas in the country. I came to Beledweyne to encourage and support the people of this region who have fought bravely against the Al-Shabaab insurgency. Your countrymen will follow you,” Prime Minister Barre stated.

Prime Minister Hamza Abdi Barre has directed that the water wells blown up by Al-Shabaab in the Matabaan and Mahaas areas be rebuilt immediately.

“Al-Shabaab is a cruel group. When the country is in drought, the men blew up the water wells and yet claimed to be Muslims. We have a national army and local uniformed militias. We must liberate the small parts in the Hiiraan region and throughout the country where the militants still control, and we stand on your shoulders,” he concluded.

On Tuesday, Somalia’s President Hassan Sheikh Mohamud pledged “an all-out war” to eliminate Al-Shabaab in his first statement to the nation since the jihadists staged a deadly 30-hour hotel siege in Mogadishu.

At least 21 people died, and 117 others were wounded in the gun and bomb attack targeting the popular Hayat Hotel, which began on Friday night. It was the biggest to hit Somalia’s capital since Mohamud took office in June.