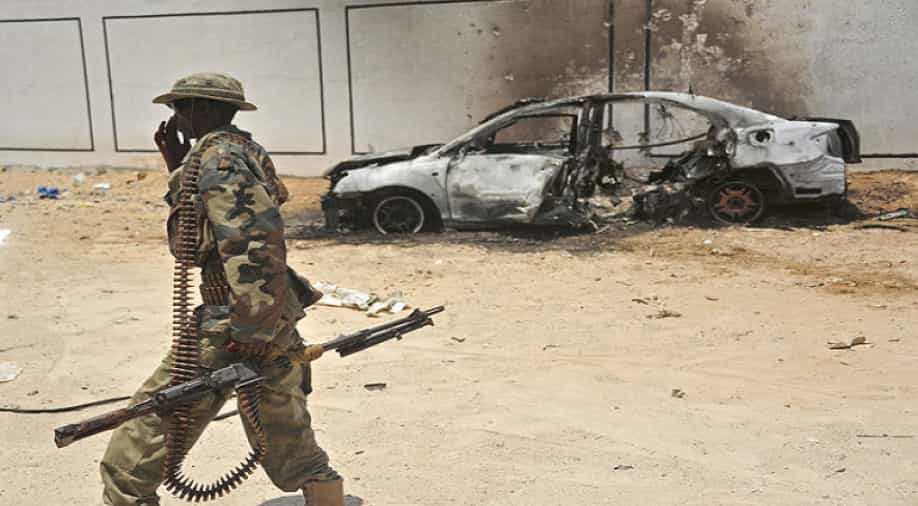 Al-Shabab, a rabid Islamist organisation, has wreaked havoc on Somalia for over a decade now. Allegiant since 2012 to the militant pan-Islamist organization al-Qaeda, it has also been suspected of ties to Boko Haram, al-Qaeda in Islamic Maghreb, and al-Qaeda in the Arabian Peninsula. The Somalian government has so far failed to rein in the ever-expanding tentacles of Islamist insurgency in the country.

Somalia’s new President Hassan Sheikh Mohamud, who took office in May this year, vowed to weed out Islamists from Somalian soil; however, he has miserably failed in his three-month-long stint. Al-Shabab has doubled down on assaulting Somalian sovereignty since the new president came to power. Last month, as per a BBC report, al-Shabab staged one of its most spectacular ever attacks, storming a hotel a short drive away from the presidential palace in the capital, Mogadishu. It was orchestrated in a way as if the Islamists were cocking a snook at the new President.

It seems like al-Shabab is taking over the entire country. It has set up a parallel government and taxing regime in the areas under its control. The Hiraal Institute, a Mogadishu-based research group, reports that the group collected about US$180 million in revenue and spent US$24 million on weapons in 2021. For the Somalian government and its leader, nothing can be a bigger embarrassment than this. However, it’s the African Union that shoulders most of the responsibility for letting al-Shabab expand its influence over the East African country.

It was back in 2007 when AMISOM was mandated to throw out al-Shabab from Somalia. The mission was to end in 2021 as it was being said that AMISOM would accomplish its objective in the next 14 years. Alas! That never happened. Al-Shabab kept growing its financial muscles, and now it has mounted an aggressive assault on the government in a way never seen before. ATMIS (AMISOM’s new name) is backed by the UN and Europe, so it’s a collective shame for the West too.

It’s high time the AU be kicked out

Simply put, the West should be held responsible for the never-ending miseries of the Somalian people. It is they who have allowed al-Shabab to expand its borders in the country. ISS Africa reports that ATMIS may also suffer from financial woes, which would further rock the boat for the Somalian government. Under the Somalian transition plan, ATMIS will hand over the country’s security operations to the Somalian defence forces over the next three years in 2024. This deadline was extended in 2017, and it’s expected that it would be extended yet again in 2024 at the behest of the UN and the West-backed African Union.

As it seems, the African Union acts as a convenient tool for the West to expand its influence over Somalia and prevent the country from launching an all-out offensive against al-Shabab. For Somalia to stand on its feet and kick the Islamists out, it must take the control of the governance back into its hands. Al-Shabab is believed to have strong ties with Iran, and the West, out of its energy predicaments, might be developing a cold foot over dealing with the terrorist organisation with tough hands. AU’s competence or rather incompetence can be judged from the fact that in the wake of al-Shabab’s brazen attacks on Somalian soil, the African Union is still blowing the trumpet of peace and proposing a “peace” proposal for al-Shabab.  AU or the African Union is the biggest impediment to peace in Africa and it must be put in order before the situation slips out of hand.